At the Panama Canal 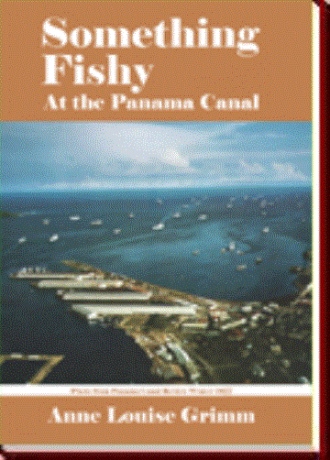 It began on a mild, warm February morning with Trade Winds whipping to froth tropic sea. Quite an ordinary transit of . By contrast— conclusion as life-endangering. Even in ability to affect us all by raising price of most every consumer good. Chilling as would be a report of piranhas in Florida Everglades.

Having time and opportunity to gar and record frightening facts, was due to my invisibility. If  noticed at all, my cryptic notes with my own kind of shorthand on pages of quick, rough sketches being almost constantly made with my obviously injured drawing hand, convinced everyone that what I did was not to be taken seriously.

I, Sophrenia, would redo drawings in better quality later at my leisure, and alone. The way I have spent many, many hours, over years of my adult life. Strangers could not know, that  keying text from my notes was no problem. First with electric typewriter and later on repatriation, with a computer. Few realized I could speak clearly. I was so seldom given opportunity. I was seen to be much more dependent than ors living in quarters incidental to essential employed civilians, and military.

Some invisibility was aural. That is, if I didn’t say anything, usually no one knew I was re, if y saw me or not. That is, wher aware of my presence or not. When ors in family went for an evening out, I was often without argument from me left alone at home—with understanding of a neighbor to be alert to any need I could not handle. I understood family members needed ir freedom. It didn’t bor me. Tired at end of day and bored with television, beginning well before most people had computers as I was one of early ones, I would listen to radio. No, not broadcast radio, but amateur bands. Couldn’t talk on n air of course. I had no license. I was an unheard lurker. The licensed hams know people like me are out re and y call what I did, SWL, short wave listening.

Only those who lived it know where historical fact stops and the fiction begins. The historical names are real, story characters with made up names bear no relation to actual living people. There were FCC-licensed radio amateurs with KZ5 call signs at the , but those listed are fictitious.

By same author: INTIMATE REFLECTIONS, Two Years at the ; TERRALIMBO, Out of Time.