Two Years at the Panama Canal 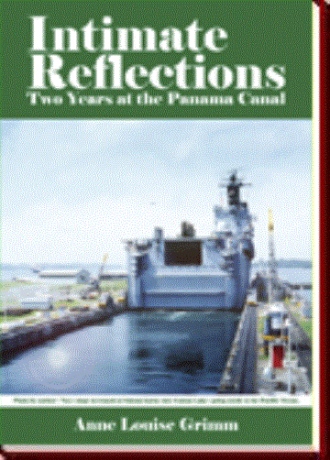 1) AND SUDDENLY... five of us left our Northwest home of thirteen years, drove to New Orleans, boarded S.S. Cristobal for Panama, arrived to learn job and apartment location in Canal Zone... and were told clothing must be washed by hand!

2) TO MARK THE OCCASION after one week clouds parted and sun shone, and Al explained ship-towing electric locomotives at Gatun Locks.

3) IN TOUCH we got our first mail, and had a conversation with a Latin American Canal Zone school student finishing year in February, zone school year not yet begun.

5) THE WASHING MACHINE loaned was, "...rust-freckled and incontinent as a new puppy..." a friend showed me Colon and public market, we studied "Canal Zone Bible" (telephone directory) and washing machine died, so I went back to hand scrubbing.

6) MULE DRIVING is locomotive towing of ships and Al started his operator training, Alfred joined Junior Army ROTC, we had a thunderstorm and watched parachutes drift down to jungle in tropical survival classes.

7) FROM HOUSE TO HOME when our belongings arrived at last, Al in course of training was left to make a decision which would be wrong eir way, we went shopping in stores, Allan on a scout hike in jungle and Alfred with sea scouts to Portobelo "Festival of Black Christ."

8) OF PLANTS AND ANIMALS after we drove in a rainstorm when one headlight dipped under water, Allan held an iguana lizard, Anne Marie was bitten by fire ants, we saw termite nests, vultures and palm trees tasty to caterpillars.

A chronicle of key Panama Canal Company employees and ir families during first two year contract. The last large group arrived before over-hiring which occurred just prior to ''s financial predicament resulting in confrontation. A period during which Panama Revolution took place. To be followed in succeeding years by gradual diminution of strategic importance of canal, and creation, passing and implementation of canal treaties.

Centered upon living and learning experiences of one family, narrative explores interrelated living experience of Gatun Locks employee "extended family" arrived in summer 1967 from diverse areas of . . . and world.