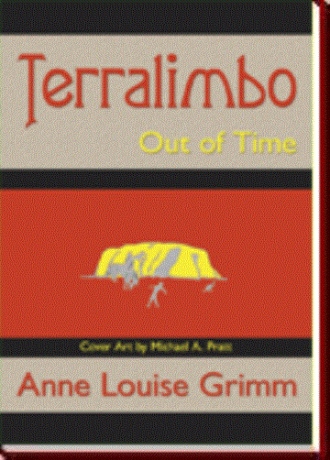 When I opened my eyes, he was three or four meters away—carefully not looking at me. Unmoving, he sat on sand, with both arms encircling drawn up knees. One hand grasped or wrist. Except for his darting, jungle-wary eyes tracing and retracing distant horizon, he might have been painted re. He looked strange, foreign. If I spoke, would he understand?

"The storm is over," I said, sitting up.

We stared out on Caribbean toger. I remembered walking far up beach, only to have rising thunderstorm overtake me. As I began running back toward car, sand clutched at my athletic shoes. One was caught and pulled from my foot, as I felt hair on my head lifting upward. Too late, I flung myself to beach, as with a deafening crack I was slammed face first into sand. Deafened I was, for I could hear none of usual chirps of insects and cries of sea birds.

Oddly, re were none of common birds to be seen, so maybe I shouldn't expect to hear m. But, my sole companion visible on beach, and I, had exchanged greetings. Why n were even shore-battering waves silent?

Breakers were not racing to shore! The sea lay still as an out-of-focus mirror. A layered mirror, transparent in degree, between what might be normal span of crest and trough. Strange this dream. And yet, it didn't seem a dream.

The four century old ruins of fort beyond mouth of river, lay exactly as I knew m. Noticing bare feet of teenager sitting beside—hadn't he been farr away earlier?—I pulled off my remaining shoe. His torn and dirty shirt of strange style and no particular color and his pants of coarse weave, seemed not so very different from my own bleach-smeared tee shirt and patched cut-off jeans.

"Have you been waiting long?" I asked, calmly accepting permanence of our situation.

"I've been watching for you since early in Sixteenth Century. Or for someone."

"Oh. And it is now near end of Twentieth."

"I don't spend very long at any one time," he shrugged, "so I've looked for you probably through many centuries."

"My name is Fernando Perdida" he said. "I came to this shore by ship, and like you was caught by a lightning bolt I couldn't outrun."

"From where did you sail?"

"Spain. I was a poor farm boy who thought sea held my fortune."

Perdida. Was name Christian, or Jewish? Or maybe he was a Moor? The Spanish Inquisition expulsion in early 16th Century had sent out so many Jews and Moors after kingdoms had joined toger to make up country. A farm boy, he said. Perhaps n from in agrarian south.

"We aren't speaking English," he laughed. For us, every language is now same."

"Fuerte San Lorenzo," I gestured toward

An across centuries extra-dimensional, extra-sensory dance of self discovery. The narrator is abandoned by, in turn, 16th century teenage sailor Fernando, pre-teen Native Central American María, fugitive from law fortyish León and beautiful and saintly mid-twenties black, Gloria. After which is left behind almost centenarian Granny Lise—and accessory-in-disaster Olaf.

Each individual met, begins at different level of maturity, and progresses from re. Time is no longer linear. With ever-expanding limits, characters time travel at will. After soul leaves body behind—during what some call purgatory.

All characters are totally fictional— history and geographic detail, including names of some real people historically important—is completely factual. Those who have been to locations described, will recognize m.

Anne Louise Grimm is a member of the National Society of Newspaper Columnists, with latest column "Grimmly Reflecting." Copies of her "Of Shoes and Ships" column in the historic daily English-language Star & Herald of Panama, are on microfiche at the Library of Congress. Published in newspapers and US magazines with inclusion from an extensive collection of her own photographs and drawings, she is FCC licensed Extra Class amateur radio operator with Volunteer Examiner certification, KA7TON, and trustee of KD7KAJ, Willapa Amateur Radio Club. Licensed over 20 years ago as a Novice, she passed the Clase B test—in Spanish—for an HP2 license. A 7th degree member of the Grange at Willapa Valley Grange #527, she is incorporator—and one of the directors—of Willapa DAWN, Domestic Abuse Women’s Net.