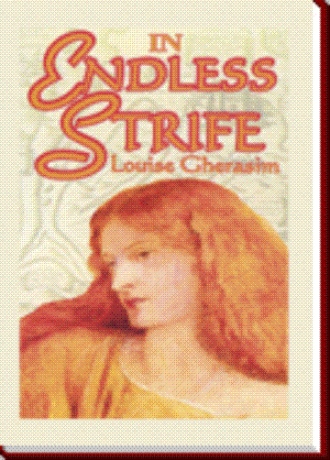 The sixteenth century had given birth to Charles V and Ivan the Terrible. It had witnessed the reigns of Henry VIII, Elizabeth I, Francis I, and Philip II. These sovereigns were titans; they changed for ever the preconceptions of their narrow worlds. They were builders; after their deaths they left their respective countries a legacy of accomplishments. They were warriors who not only defended their realms but who also extended them. Several were excellent administrators who set the stage for the future actors in their lands and all were monarchs who wrestled with great forces.

As on the Continent, so also in Ireland; great leaders emerged whose influence and leadership helped change the course of events. Hugh O’Neill, Earl of Tyrone, and his brother-in-law, Red Hugh O’Donnell, Earl of Tyrconnell, were two such leaders in the north. In the south, the O’Sullivan Beare was among the most intrepid and courageous of leaders.

Ireland, in the sixteenth century, underwent changes that propelled her on a course so tragic and so brutally barbaric that the crimes and atrocities committed against her rival in intensity the most exquisite cruelties ever perpetrated by the human race upon its own kind.

Four occurrences helped bring Ireland to the very brink of destruction. The first was the Reformation, which introduced the element of religious intolerance. The second was the policy of plantation, formulated under Elizabeth I. By this means, millions of acres of Irish land were seized by the English and colonized by Scots and English Protestants. This policy resulted in a long line of brutal evictions of tens of thousands who were driven from their homes into the bogs and mountains or left to die of starvation by the roadside. Thirdly, about this time, Irishmen realized that England’s enemies were Ireland’s friends. The Irish therefore sought help from continental Europe, especially Catholic Spain. The fourth factor to affect Irish history was the birth of a strong feeling of nationalism. A bond was formed between the native Irish and Irish of Norman descent. No longer did the Norman-Irish obey the laws that forbade them to associate with the native Irish. They married into Irish families, learned the language, and adopted the customs. They sent their children to Irish foster homes to be reared in the Irish ways.

The English were determined to rid themselves of the Irish race. One by one, the leading Irish families were eliminated. By 1583, the House of Desmond, the most powerful Norman-Irish family in the South, was butchered to death. After that, the whole Province of Munster was ravaged. The earth was charred from Dunquin in Kerry to the outskirts of Waterford. Men, women and little children were put to the sword. ‘We slew many churls, women, and children,’ wrote a certain Captain Agard (1572). ‘Sometimes, just for amusement, the soldiers would strip peasants naked and throw them into the bogs so as to enjoy their convulsive struggles for life.’

With the powerful leadership of the Great Lords of the North, a spirit of hope and a glimmer of renewed resistance was again enkindled in Ireland towards the end of the sixteenth century. Help had been promised from Spain. It would be only a matter of time before Ireland would rid herself of her oppressor.

It was during this period that Nora O’Brien matured and blossomed into a beautiful young woman in the little town of Kenmarra. Although things were relatively quiet in Kenmarra at the time, it, like the rest of the province of Munster, was struggling to survive after the long years of persecution and destruction that it had experienced during the revolt of the House of Desmond.

Kenmarra. . . Nora O’Brien’s destiny; her reason for living. Kenmarra. . . the O’Brien’s ancestral home, seized by the English Protestants who settled in Ireland during the reign of Elizabeth I.

Nora’s dream is to win back her beloved Kenmarra no matter what hardships, heartaches, or dangers she may have to endure in the struggle to make her dreams come true.

Nora’s poignant story unfolds in this stirring saga of love, war and passion, set against the backdrop of the turmoil in Ireland, as the Irish chieftains, with help from Catholic Spain, rise up against the English usurper.