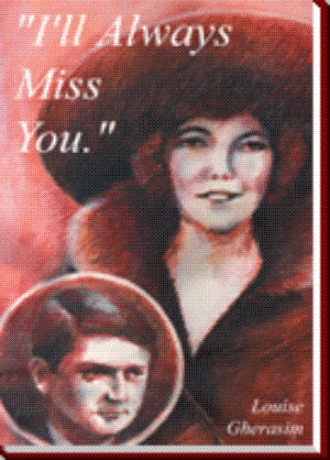 “Of course I was right.  They’ll bloody well have to release McGuinness now,” answered Collins.

It was May 9, 1917.  The jubilant crowds left reluctantly, late though it was.  Only the three friends remained.

The weather had turned blustery.  A cold rain, coming in gusts as from a broken spout spewing in all directions, tested the patience and determination of those seeking the comfort of house and hearth.  Yes, it was May.  But in Ireland no one pays attention to the seasons or expects much from them.

“Sure, we haven’t a climate,” an old man said, “only weather.  An’ the devil, himself, doesn’t know how that ‘ill behave.”

“We’ve got to find a place soon or we’ll be spending the night in this barn,” said Gearoid.

“I could do with a sup o’ tea right now.”  Collins yawned, unusual for him.

“A sup o’ tea is it?  A wee drop and a good feed would be more to my liking,” answered Gearoid.

“Sure!  I know the very place,” said Harry rubbing his hands together as the light of anticipation brightened his handsome face.  “Come lads, pile into the old donkey cart.  Let’s be off.”  Harry started the engine.  The old Ford roared, backfired, and belted a cloud of smoke.

“My God!  Is this contraption safe?” asked Gearoid.

“I take it you’re referring to my limousine?  It got you this far, didn’t it?”

“Aye, by the grace of God and your mother’s prayers, no doubt,” answered Gearoid.

The banter continued as they sped along the dark county roads.

When they had left the town of Longford well behind, Mícheál spoke, “Where, in the name of God, are you taking us, man?” His West Cork accent rising and falling like the waves on the strand at Rosscarbery.

“Just you wait and see.”  And Harry wouldn’t say another word.

“Are we not on the road to Edgeworthstown?”

“Could be,” answered Gearoid.  “But, as Harry says, let’s wait and see.  The old boy is full of surprises.  One thing I can say,” he continued as he tried to make out the direction in which they were heading,  “is that we’re in Colum’s country, Padraic Colum that is.”

That was enough for Mícheál.  At once he started:

“Oh to have a little house

To own the hearth and stool and all,

The heaped-up sods upon the fire

The pile of turf against the wall.

To have a clock with weights and chains

And pendulum swinging up and down.

A dresser filled with shining delft

Speckled and white and blue and brown.”

He paused as if the telling of the tale of The Old Woman of The Roads was too much for him.  After a moment, he sighed.  “Would that she had her little house.  Ireland has so many homeless ones.”  Then, his mood quickly changed.  “An’ isn’t this what its all about.  Let’s get the right men in an’ the bloody English out of this country once and for all.”

A novel based on the love letters between Michael Collins and Kitty Kiernan. It keeps pace with the hectic lifestyle of Collins and reveals the turbulent and emotional periods, which the highly-strung, sensitive Kitty is destined to endure. A poignant story of love won and lost in the tragic and untimely death of Michael Collins.

Louise Gherasim was born and raised in Ireland, coming to the United States in the late 1950’s. A retired teacher with B. Mus. And MA degrees, she spent 35 years in the classroom teaching everything from art, music, history and philosophy to English language and literature. She now lives in Oregon with her Romanian husband. An accomplished writer with an elegant literary style, Louise has written numerous stories set in Ireland and Romania. Her objective not only to entertain but to teach and instruct.

Louise knows Ireland through and through, its people and its history and never fails to capture the spirit of that warm and enduring land. She visited Romania and was immediately drawn to its people. “There is quite a remarkable resemblance between Ireland and Romania,” she declares. “Both countries have know the highhandedness of the oppressor. Both peoples have borne the injustices and cruelties of the suppressed. Both are countries of civilizations and cultures far older and nobler than their subjugators and both remained, despite all odds, true to their Christian faith and traditions.”