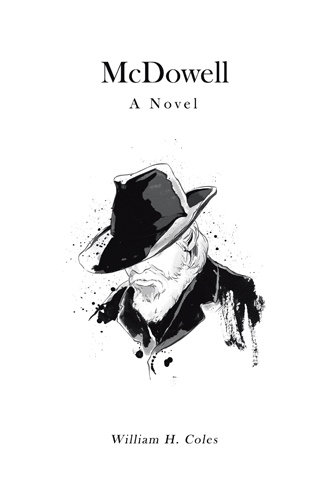 "Winds picked up and snow and haze decreased visibility as he began his descent. He pressed on. After an hour, he stumbled onto Woolf a few feet from where he had left him. “Get up,” Hiram yelled over the howling wind. “Help me. In the name of God,” Woolf pleaded. Hiram gripped Woolf’s parka to help him stand, but Hiram was too weak to lift, and Woolf fell back. “Rescue,” Woolf moaned, drifting off into semi-consciousness. Rescue from base camp was impossible until the weather improved. And they were in the dead zone, too high for helicopters. Hiram freed Woolf’s remaining oxygen supply and attached it to his own pack. “Don’t leave me, Hiram.” Woolf coughed. Hiram backed away and started down. Climbing ropes aided him for a few hundred yards. Near a rock crevice familiar to him, he stumbled on the half-buried lifeless body of a face down climber. A candy bar and water were in the inner jacket pocket. Near the corpse’s outstretched arm, a glint of silver stopped Hiram. From hard snow and the ice-solid fabric of a frozen glove-hand, he freed a silver crucifix that he pocketed for identification and to send to family. He plodded ahead. The storm abated and he felt the muted exhilaration at knowing he would not die.

McDowell An admired and lauded surgeon climbs to the top of his profession, but his callous and questionably moral determination angers colleagues and friends who vow to destroy him. He becomes a member of the president’s cabinet when a personal family tragedy presents him with a dilemma that leads to a felonious crime. When his world of wealth and privilege collapses, only time can reveal if he rebuilds his life.

William H. Coles is the award-winning author of short stories, essays on writing, interviews, and novels in contests such as the Flannery O’Connor Award for Short Fiction and the William Faulkner Creative Writing Competition, among others. He is the creator of storyinliteraryfiction.com, a site dedicated to educational material, a workshop, and examples for writers seeking to create lasting character-based fiction with strong dramatic plots that stimulates thought about the human condition. He lives in Salt Lake City, Utah.