Facing Grace with Gloria and Other Stories 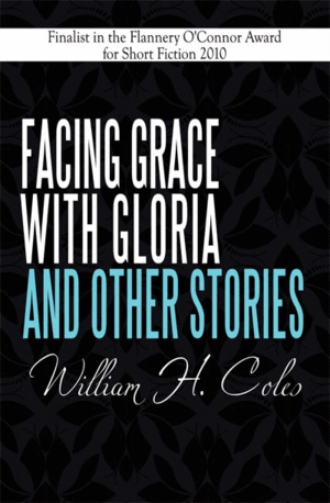 I was fifteen, never in love, and yearning to leave home when a red, two-seated convertible drove up to our gate. The driver’s door opened, and a girl of twenty-two with a perfectly shaped, light-skinned body emerged in a see-through dress that showed almost everything, and I imagined the rest.

My father, a tall, imposing figure of a Black man with bulging muscles from carving statues and grave markers for the dearly departed, tried not to look. He felt strange around women, I assumed because my mother had left when I was two. He never talked about her or much of anything, and we lived alone on a twelve-acre plot of half swamp property where I suffered his long silences broken only by the sharp blows of a hammer driving a metal chisel into stone.

Well, this girl was a treat for both of us. She closed the door and looked to our been-here-forever, two-room shack raised two feet off the ground by concrete blocks, with only a screen door on the front and all the windows up to catch a breeze. My father worked on, but slipped a glance when he knew she wasn’t looking.

She walked through the opening in the iron fence that stood on the front line of the property. That gate had never kept anything in or out. My great grandfather had installed it in the time of Calvin Coolidge to let people know he had made some cash farming, and my father was too proud to recycle it. Neither the shack nor the fence impressed the girl.

“You lost?” I said walking up to her, smelling the freshness of soap and perfume seeping through the humid air.

“Yes. But I expected . . .” she paused, looking at me with soft, deep-water eyes that made me want her so bad I thought I might explode.

“A sign that say the business here?” I said.

“A professional building. Displays of the work.”

“I know that. I just expected examples.”

“I show you something in the barn might satisfy you some,” I said and waved for her to follow. We headed for our barn, not very big and without doors on the front or back so birds flew through without landing. A rusted, out-of-gas forklift half-blocked the door, and I put out my hand for her, which she took, and helped her wobble in her spike-heeled shoes over the two prongs of the fork into the barn.

“Quite the gentleman,” she laughed.

Inside on the dirt floor sat blocks of stone and marble randomly stacked, mostly by me. I led her to one corner that was in shadows, but with enough light to see the only sample I could think of showing her. I pulled a tarp off a marble sculpture of a woman’s head propped up on two stacked wooden crates.

“Why has it got all those lines through it?” she asked.

“It got smashed,” I said. Her hands lightly touched the surface, like a blind person trying to remember someone.

“Nothing,” I said quickly. But Papa had made it and destroyed it.

I pointed to a rusted tub filled with marble chips, most smaller than an egg from being smashed with a hammer.

She stood back, walking from side to side to see the

Facing Grace with Gloria and Other Stories explores mysteries of human desires and the unique ways each of us struggles to fulfill our meaning for existence.  Each story is unique in time and setting, every character balancing strengths and weaknesses  to succeed, discovering something new about themselves and the paradoxes of their worlds.

This collection of short stories includes:

“The Thirteen Nudes of Ernest Goings”

“The Curse of a Lonely Heart”

William H. Coles is an award wining author of literary fiction. He was a finalist in the 2010 Flannery O’Connor Award for Short Fiction and the William Faulkner-William Wisdom Competition 2010.  He is the author of Story in Literary Fiction: A Manual for Writers, and created the website <www.storyinliteraryfiction.com> as a resource for writers of literary fiction.