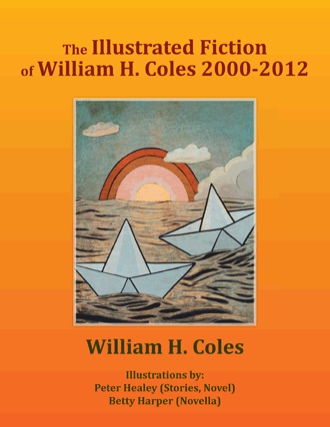 Excerpt from the story, "Suchin's Escape." Harry chuckled. Then, smooth as a river running, the two of them were back working on and off the beat, setting up for another verse. Goddamn her. She could work Harry like a dog jumping through hoops. “Tolls,” he said. Harry shoved Suchin down in the foot well to hide her as Antoine held bills out to the collector. “Be quiet,” he said. The engine strained when the Lincoln started up the bridge incline over the Mississippi. Two minutes later the car slowed in traffic. Suchin stiff ened, her teeth clenched. She yanked the door handle, shoved the door open, rolled out headfirst flipping on her back. In seconds she was up running toward the guardrail, the river . . . so much bigger than the stream that ran near her village in China. Horns blared. Fast cars moved in the opposite direction. Harry yelled behind her. How close was he? A top-down sports car hit her, throwing her up on the hood, screeching to a stop. The girders above her weaved like dragons’ tails. Harry grabbed her before she slid off to the pavement, held her so close his hot breath smothered her face. Her leg began to throb, she could barely see out one eye, but her heart squeezed fast and strong. “Shouldn’t done that,” Harry whispered to her. “Antoine going to kill you.” The sports car guy came running up screaming about his innocence. With one arm still holding Suchin, Harry picked him up and threw him against the side of the car so hard his head flew back on the roll bar with a crunch. Harry grunted satisfaction as the guy slumped half conscious. Suchin moaned when Harry put her in the car. “Stay with her,” Antoine said. He blew the horn, waved at people. He had to get moving before any cops came. He’d have to switch the plates again, find something in the Marriott parking garage from Ohio or Indiana this time. In a couple minutes they were at the exit ramp. He was out of cigarettes. The kid trembled, her head in Harry’s hands, her shoulders on his thigh, her legs out on the seat. “She breathing?” Antoine asked into the back seat. “Blood coming out her mouth.” A trickle of dark red mixed with spit-foam dripped on Harry’s thigh. “Her leg getting big,” he said. Antoine caught a red light. He looked back. The girl’s chest moved with quick in and outs. Her dress was torn. Her upper leg a sick purple. No one would pay for sex with a bleeding, moaning kid. He hated to stiff the guy on Airline Highway but he headed for Claiborne to get on the I-10. “She bad,” Harry said. “She real bad.” 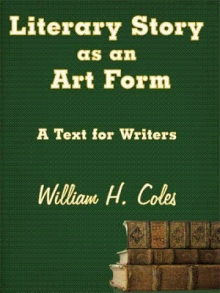 Literary Story as an Art Form: A Text for Writers
William H. Coles
£10.99