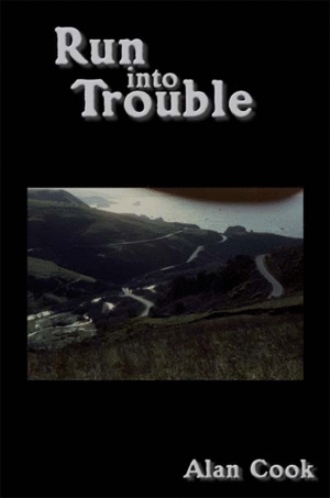 They that can give up essential liberty to obtain a little temporary safety deserve neither liberty nor safety.

If the Communists took over, I’d go to them and say, “What do you want me to do?”

—Young woman at a party in the Hills, December 1961

The taxi driver suddenly swore, causing Drake to snap out of his reverie. He glanced at the back of the head in front of him. The man appeared to be looking in the rearview mirror. Drake spun around in the backseat, and an identical expletive escaped his lips. A truck was overtaking them at a high rate of speed. It couldn’t pass them on the narrow road without crossing into the opposing lane of traffic, and the driver apparently had no intention of doing that.

Drake’s order came too late. He instinctively ducked his head an instant before the collision, which drove his face into the thinly padded seat back. The noise sounded like an exploding bomb, and he thought he was back in the army.

Then all was silent. Drake wondered whether he was dead, as he always did after a similar occurrence. He heard a noise. The engine of the truck was revving. He raised his head in time to see the truck backing up. Was the driver planning to hit them again? Probably not. He would have to drive into the field where the taxi had landed after being momentarily airborne. The truck swerved onto a side road. It skidded to a stop and then lurched forward, accelerating back toward Interstate 5.

The rear end of the taxi had telescoped, and Drake realized that a few more inches and he would have telescoped along with it. Through the broken rear window he saw liquid spilling out of what had once been the gas tank. Gasoline. He had to get out of here.

He heard a moan. He realized for the first time that the driver was lying in the backseat beside him. His seat back had broken during the collision.

“Are you all right?”

An answering moan told him that he would have to get them both out. Drake shoved at the mangled door beside the driver, not bothering to look for the door handle, which was surely non-functional. The door was jammed. He tried the door on the other side with equal lack of success. He reached across the driver into the front seat and found the handle on the driver’s side door. Although that door didn’t look as bad, it didn’t respond to his pressure.

The easiest way out was through the rear window; the glass was already broken. Drake knocked out several loose pieces of glass that were still clinging to the window frame. He grabbed the shoulders of the driver who was lying on his back, his body partially on the errant seat back, and tried to lift him. He was greeted with a full-fledged groan.

No time to be gentle. Drake hefted the driver up, ignoring louder groans, and shoved him head first through the window. He stopped for a second to collect his energy and realized he was panting. With a supreme effort, he pushed the body after the head. The driver rolled off what was left of the trunk and hit the ground with a thump.

That had used most of Drake’s strength, but he had to get himself out. He forced his muscles to move. He got his head and shoulders through the open

“I really like books by this author…I often felt like I was out there running with them.”

Drake and Melody are teamed up to run a race along the for a prize of a million dollars—in 1969 when a million is worth something. Neither knows the other is in the race before it starts. They did undercover work together in , but this information is supposed to be top secret.

The race sponsor, Giganticorp, is a large and very profitable government military contractor, whose ambitious CEO, Casey Messinger, is connected to the powerful in , which must give him access to classified information.

The nine other pairs of runners entered in the race are world-class marathoners, including a winner of the Boston Marathon. If this competition isn’t enough, somebody tries to knock Drake out of the race before it begins. But Drake and Melody also receive threats calculated to keep them from dropping out.

The stakes increase when startling events produce fatalities and impact the race, leading them to ask whether the Cold War with the is about to heat up. If so, is it safer to line up with the hawks or the doves—because a wrong choice may mean giving up valuable freedom for questionable security.

With their previous training and their own contacts in , Drake and Melody are in the best position to figure out whether various events are connected and who is behind them.

Their other challenge is to keep themselves in good physical condition to be able to compete for the prize money while running through the spectacular scenery of the coast.