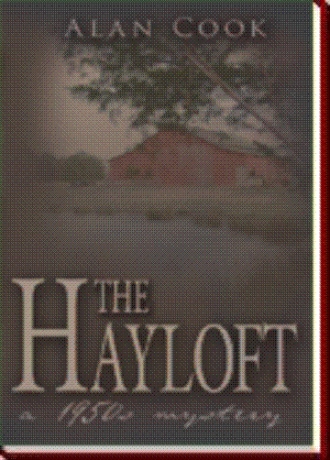 Some people must like to be the bearers of bad news. One of these is my younger brother, Archie. I had been practicing some preseason tennis on the indoor courts at and then ridden home on my bike, bucking the March winds. I had just barely entered our suburban house when he raced up to me.

“Gary, Ralph’s dead,” he said, his voice trembling with emotion.

“What?” I asked, unable to believe my ears. Was this some kind of a joke?

“Ralph’s dead,” he said again. “He fell off the balcony in the auditorium and killed himself."

This couldn’t be true. Nobody fell off a balcony in real life. That sort of thing only happened in movies. Especially not my first cousin, Ralph, who was an all-star athlete and in complete control of his body at all times. But Archie, who liked practical jokes, looked pale and deadly serious. He obviously wasn’t kidding.

I raced into the kitchen where my mother and my other brother, Tom, were sitting at the table in our breakfast nook, looking stunned. Nobody sat here at this time of day. Tears rolled freely down my mother’s cheeks while she dabbed at them ineffectually with a tissue and sniffed as if she had a cold. Happy-go-lucky Tom looked as if he had lost his last friend.

My mother nodded and then said, the words choking her, “We just got a phone call from Aunt Dorothy. It happened after an assembly in the auditorium. Apparently Ralph stayed behind and was there all alone.”

None of this made any sense. “Does Dad know?” I asked.

My father was the brother of Aunt Dorothy and the uncle of Ralph. I asked more questions, but my mother had given me all the information she had. If it were anybody else, I might have almost believed it—but Ralph. Ralph was indestructible. He climbed the highest trees, dove off the biggest rocks. We were the same age, but he did everything a little bit better than I did—and a lot more flamboyantly.

Within two weeks after starting his senior year of high school in the 1950s, Gary Blanchard finds himself kicked out of one school and attending another—the school where his cousin, Ralph, mysteriously died six months before. Ralph’s death was labeled an accident, but when talks to people about it, he gets suspicious. Did Ralph fall from the auditorium balcony, or was he pushed? Had he found a diamond necklace, talked about by cousins newly arrived from , that was supposedly stolen from Dutch royalty by a common ancestor and lost for generations? What about the principal with an abnormal liking for boys? And are Ralph’s ex-girlfriends telling everything they know?