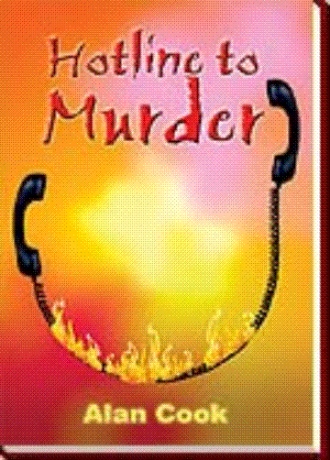 She walked north along her side of the street until she was opposite the Thompsons’ house. She was about to cross the street when she saw a car coming from the south. She waited to let it pass, but it slowed down and blinked its lights. Considerate drivers sometimes stopped for pedestrians, even in the middle of a block.

Shahla waved at the driver as the car stopped, even though the car’s headlights prevented her from seeing who was inside. She had reached the middle of the street when the car suddenly lurched forward, directly at her. Confused, she jumped back toward the curb, trying to get out of its way. It screeched to a halt beside her and the driver’s door flew open, narrowly missing her. A man jumped out of the car and grabbed her before she could react.

Shahla screamed as the strong arms attempted to pull her toward the car. But the car was still rolling slowly. He let go of her with one hand and grabbed the open door frame of the car with his other hand, apparently to try to stop it. He was holding her by the right wrist. She tried to jam the fingers of her left hand into his throat. It was a glancing blow, at best, but she felt his grip loosen on her wrist. She jerked her whole body as hard as she could.

Her wrist pulled free, and she ran north along . Out of the corner of her eye, she saw the man chasing the car, which was rolling toward the far curb. She was running away from her house, but in the other direction the street ended in a cul-de-sac. He must have been waiting for her there. At the first intersection, she turned in the downhill direction, toward the beach. She had to get out of his line of sight.

She went one block downhill and stopped behind a lamppost, panting. This wasn’t a good hiding place, but she didn’t hear any sounds of pursuit. A car went by, but not that of the kidnapper. What should she do? She couldn’t go back to her house as long as the man was in the neighborhood.

She decided to go to Jane’s house. Jane’s father should be there now, and he would protect her. Their house was several more blocks north and two blocks uphill from here. Shahla crossed the hilly street and ran along the street parallel to her own. She would go another block north and then cut uphill. She slowed down to a jog, wanting to conserve her energy. It was a good thing she ran cross-country. Training in the hills had greatly improved her wind.

At the next intersection, Shahla looked uphill. A car was moving farther up, but it was harmless. She started up the hill at a fast walk. Before she had gone halfway up the block, a car went through the intersection above, on . It was his car. She stopped, frozen. Then she heard the sound of a car backing up. That thawed her. She turned and ran back downhill.

“I like the characters…as well as the Hotline for the setting. This is a great mystery.”

Tony Schmidt joins the Central Hotline in sunny Bonita Beach, California to improve his listening skills. Shahla Lawton joins the Hotline to fulfill a volunteering requirement for her high school. Neither one expects to get mixed up in a murder investigation.

But that is before Shahla’s best friend, Joy, also a listener, is murdered. Tony and Shahla discover that they are able to uncover information that the police can’t. Information about the “inappropriate” callers who haunt the Hotline, and information about other people with a connection to the Hotline who may have hidden motives to kill the beautiful Joy. Questions arise. Will the murderer strike the Hotline again? And if the murderer does strike again, will Shahla be the next target?

Although he has been out of college for years, Tony still lives with his college roommate, Josh, and his lifestyle might be described as extended fraternity. Faced with the responsibility of taking calls from people who range from disabled to obsessive to abused to suicidal, and also of helping to solve a murder, Tony finds he has to mature fast. Since this involves admitting that girls like Shahla can be smart and dedicated, and not just underage sex objects, as Josh sees them, the relationship between Tony and Josh may suffer.

Tony and Shahla have harrowing adventures in venues ranging from to , as they try to distinguish the annoying-but-harmless callers from the dangerous, and figure out whether the murderer might just be somebody not connected with the Hotline.