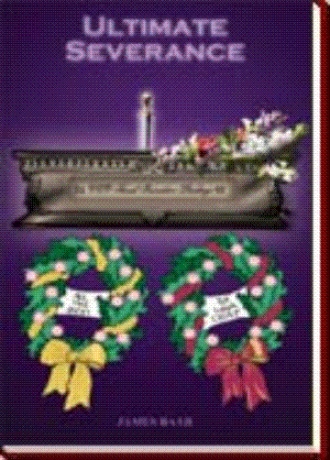 The moment, as that great PR executive Marvin Runnymede was wont to say, was intense.

But, as it came to pass, not to worry.

On this particular morning on the 44th floor of the the offices of Trotter Pugg Mitchell, global public relations giant, were in disarray.  At precisely a major client, the World Association for the Total Elimination of Plastic Pollution (WATEPP), phoned to voice considerable dissatisfaction to Mandy Yen.  WATEPP had just heard a report that Trotter Pugg Mitchell was working also for the International Disposable Diaper League.  The League only two days ago had been indicted by the State of for polluting the groundwater supply in 14 counties with non-degradable diapers. The diapers were certified by the Environmental Protection Agency to have a half-life of 500 years.  And WATEPP had been planning a news conference with the help of Trotter Pugg Mitchell to denounce the League.

Mandy Yen, a recent transferee from Trotter Pugg Mitchell''s Hong Kong Office, sat at one end of a long, reproduction Chippendale table.  Grant Pinky, first executive vice president, sat at the other end.  Despite his expensive suit, Grant looked like a tall, nervous, second string basketball player with a slight facial twitch and premature white hair.  Hilda Schleswig, Grant''s censorious and irretrievably glum assistant, sat at the side of the table with a stack of files and computer green sheets.  A China Trade rose medallion vase (fresh from the kiln) crowded with spring flowers (artificial) sat on the other side.

All sat at the side of a cavernous, sunken room called the Conversation Pit that included both the conference table and a nearby grouping of wing chairs in front of a non-working fireplace.  Some dozen feet above them on a  gallery approachable by circular stairs, Marvin  Runnymede, Trotter Pugg Mitchell''s chairman and chief executive officer,  monitored the meeting from time to time while he continued to make phone calls around much of the known world,  dictate memos to a recorder and sign letters very methodically  handed to him by the very methodical Mimsy Stoner, his aging  assistant and dedicated guardian.

"How serious is this?"  Grantland Pinky III asked for the fourth time.  "This is just steam.  Clients like to gush steam.  You can handle it."

"He was very abusive," Mandy Yen said, affecting a prim expression that clashed with her green silk suit that stopped at mid-thigh.

"Oh, come on, how abusive can he have been?"  Grant said.  "Clients are clients."

Mandy looked up at him from under her black bangs.  For a moment her eyes seemed to search for help as they roamed over three photographic copies of Fra Lippo Lippis hung in gilded baroque frames and lighted by invisible baby spots. The “paintings” came from another Trotter Pugg Mitchell client, Old Masters Originals, a nationally franchised dealer of limited editions of art reproductions.

""Fuck a duck for a dollar" is one comment that comes to mind," Mandy said. "The client suggested that was our corporate motto."

"We don''t have to take that kind of stuff," interjected from above with his hand over a phone.  "Henry Trotter would never have allowed his key executives to be talked to like that and I won''t either." …

Grant reached for the green computer printouts in front of Miss Schleswig and spread one in front of him.

Flim-flam artists, captains of industry, Wall Street piranhas, impatient mobsters, spinmeisters and assorted mountebanks abound in Ultimate Severance, a highly satirical and imaginative novel that provides a public relations guidebook to the reality of spin and humbuggery in the 21st Century.

With the end of the War on Terror through the accidental launch of new “lite’n kleen” nukes, a culture of euphoria, ethical and social impairment and calls for numerous peace dividends is again in fashion.  This is clearly an environment of business opportunity for financially-bleeding Trotter Pugg Mitchell, a world PR giant, and its clients such as Old Masters Originals, a maker of “limited edition” reproduction art. And when the agency teams up with Mob Boss Joey Lasagna to abet dicey corporate megamergers, they provide Wall Street raiders with a new quick-fix ultimate severance package: an innovative Corporate Governance Program powered by Trotter’s new “language of happiness.”

But fortune’s smile becomes a sardonic grin. So many stubborn CEOs undergo fatal retirements in colorful circumstances around the world that a powerful Senator decides to advance his presidential ambitions with the usual TV-circus hearings. Well-cooked dishes of suspicion, buncombe and open doubt are served to the media.

In the ensuing rush for strategic exits, winners and losers fake out, promote and wound each other in surprising ways; the faux rond wheels of justice grind and clank, and the “language of happiness” covers all.

James Baar is a writer, international corporate communications consultant, blogger, corporate communications software developer, former business executive and journalist and sometime college lecturer. He is the author of an earlier satirical novel on business and public affairs, The Great Free Enterprise Gambit; Spinspeak II: The Dictionary of Language Pollution; four books on politics and technology; and a forthcoming collection of short stories, The Real Thing and Other Tales. He is editor of the Spinspeak Letter weblog www.spinspeak.com. Baar is a graduate of where he majored in philosophy.  He and his wife and small dog, Fred the Affenpinscher, live in .