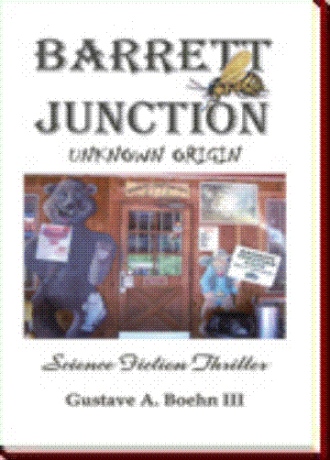 Jim stepped on the gas pedal and sped down the mountain heading towards the mobile home park to check on the welfare of the residents. As Jim drew closer to the park, he witnessed light in the windows of some of the mobile homes. No doubt, the bright light had awakened a few of the residents. As Jim pulled into the park, people were in the process of gathering around the swimming pool, and what appeared to be steam was rising from the water. Jim parked the explorer and got out, and then quickly made his way towards the pool. As he approached the gathering everyone was talking at the same time, with some residents pointing to the sky and others at the pool. The manager of the park was also at poolside, and upon noticing Jim’s arrival he made his way towards him. “What the hell is going on here, Sam?” Jim asked. “I saw the bright flash of light over the mobile home park as I was coming down the grade.”

Upon a young couple in their early twenties viewing a science fiction movie that had frightened the daylights out of them, they remained seated while the other theater patrons headed for the exits. They were so taken aback by the story line and scenery, it was of an interest to them to see where the movie was filmed. The credits flowing down the screen eventually identified the place as being Barrett Junction, located fifty miles east of on highway 94.

Living in , they decide to arrange their time off from work to coincide, so they could vacation together in . This would allow them to take a side trip to Barrett Junction, for an exciting visit to the location where the movie was filmed. The word frightening would be more appropriate than exciting for their visit to Barrett Junction, because they were about to star in their own science fiction nightmare.

The author works as an aerospace engineer. His hobbies are photography, kayaking, archery, writing and traveling. The author’s favorite book is: Love By Neshaminy Creek, a true love story. His favorite movies: , , Full Moon In Blue Water, Murder Of Crows and Five Easy Pieces. His favorite vacation spots are the and .