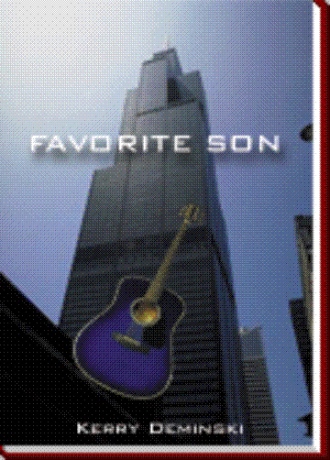 We wonder why you aren't looking for somebody older to make the run. That, plus the fact that Arnie Pilosi is such an accomplished politician makes us wonder why you would even consider a novice to challenge him.'

Trevor looked at Mitch's father. 'Gene, I gotta tell you that I'm impressed with your boy's candor.' Turning back to Mitch, he said, 'I have thought about a lot of people to take on Pilosi, and I've talked to most of them. Their consensus is that the man is virtually unbeatable and they are all afraid to take him on. I'm not looking for a candidate who rolls over and plays dead because he or she is afraid of failure. It's a fact of life that every political contest must have a winner and a loser. But these seasoned veterans are afraid to tarnish their reputations by possibly losing to a popular, well-entrenched career politician like Pilosi. They can't seem to comprehend that even a decent share of the votes in November could set them up for a possible victory two years down the road.'

'Is that your roundabout way of letting me know that I'm to be the party's sacrificial lamb this year?' Mitch asked.

'I didn't mean to imply that.'

'Good. Because if I end up making the run in November, I intend to approach it the same way I did every football game I ever played. I never cared what the press or the public had to say about the team's chances. I went out on the field to win.' Mitch got to his feet. Gene could tell that his son was having some sort of internal conflict. 'Trevor, I'm afraid I've just come to the conclusion that you are looking for a candidate to do a halfhearted job for the party in this campaign and simply mark time until if and when some chink develops in Pilosi's armor. Thanks for the offer, but I'm no longer interested.' He turned and started walking out of the room. 'Dad, take your time. I'll be waiting out in the car.'

'The hell you will!' Trevor Hayward thundered. Mitch stopped and turned around, ready for a confrontation. 'That is the reason why I need you to take on Pilosi. I've watched you play football every chance I had because you never flagged in your determination to win. The political hacks I've had to consider to make this run will never have the fire in the belly to go up against Pilosi and topple him. Ah, but you, my friend. Mark my words, the both of you, that attitude can take you to the statehouse and beyond, Mitch. I feel privileged to be a part of your political career at its inception. Now come and sit down while we start talking strategy.' Mitch glanced briefly at his father before complying.

Being overshadowed by his older brother's accomplishments was nothing new to Richie Harding. Mitch excelled at playing football in high school and college, became a partner in their father's law firm, and was even singled out to run for public office in the Statehouse. Richie, on the other hand, wanted only to play guitar and sing, hopefully someday on a professional level. Attorney Gene Harding didn't realize how much his close relationship with his older son was envied by Richie, while Mitch was envious of only one thing about his kid brother -- the love and attention Richie received from the only girl he had ever dated, Gail Austin.

Any jealousy or rivalry that had existed between the brothers is instantly forgotten when an urgent, early-morning phone call is made, asking for the kind of help only one of them can give.

Kerry Deminski is a man who worked as a letter carrier for the United States Postal Service for three and a half decades, but also spent a lot of time before and during that period holding down other jobs as well. He worked as an armed guard for a detective agency, as a truck driver for a bookbinder, as a janitor, as a heating and air conditioning mechanic, as a theater usher, as a convenience store clerk, as a factory laborer. While still a teenager in Appalachia, he spent three years working after high school and on weekends for an uncle in the trucking business, shoveling coal and shouldering heavy blocks of ice into hundreds of homes in that financially-depressed region. During these jobs, and others not mentioned, Deminski filed away in his mind all of the people he met and the things they said and did, hoping to draw upon these experiences to enrich the books he knew he would write someday. Now, that someday has arrived, and the prolific author turns out one, sometimes two, novels every year. Kerry Deminski has also received royalties for song lyrics he has written; he has sold humor to Playboy Magazine; he has been granted U.S. Patent Numbers 5,755,438 and 5,788,706 for two of his inventions.