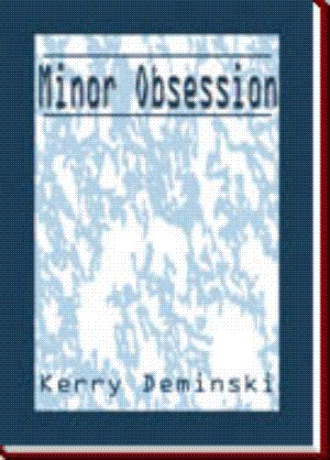 Maria Martinez pedaled her bike quickly along Fowler Road. She had stayed at her girlfriend's house longer than she'd meant to and knew her mother would be mad if she was late for dinner. She and her friends often explored the thick woods that lined both sides of this stretch of the little-used road, but right now her thoughts were only on getting home as fast as she could. Without really thinking about it she was riding almost in the center of the two-lane road and the blast of a horn from an eighteen-wheeler behind her caused her to swerve onto the right shoulder. As the truck rushed by, the bicycle bumped over a fairly large stone and the chain flew off the sprocket wheel and snagged. She fell on the gravel but paid little attention to the scrapes on her knees.

Instead she began tugging on the chain in an attempt to get it back on the wheel. Her father had done this a few times for her, so she knew how but she couldn't quite manage it. She finally decided to wipe the grease off her hands on the grass and then push the bike home. As she rubbed her hands on the grass she heard a footstep on the gravel directly behind her and before she could even turn her head, it was covered and she couldn't see. An unfamiliar smell filled her nose and she began to lose consciousness even as she struggled against the strong arms that scooped her up and carried her off.

'So what did you do last night?' Kelly asked Anderson as they were getting ready to knock off for the day.

'Went out for a few beers then came home and went to bed,' Anderson said.

'Why don't you come home with me for dinner. I'll give Annie a call. We can watch the game later.'

'Mike, Mike, Mike. You don't have to mother hen me. Sure, Karyn shot me down yesterday, but she always shoots me down. I'll get over it. Don't go putting Annie out because of my problems.'

'Come on, Steve, you know Annie likes it when you come over.' He began reaching for the phone when it rang.

'Sergeant Kelly. Yeah, Sam, what's up? For how long? Yeah. Right. How old? What's the address? All right, you stay put and I'll get over there.' He clicked the phone button and called his wife. 'Annie, go ahead and have dinner with the kids, something just came up. No, nothing dangerous. I'll see you later.' He hung up the phone and said, 'She always gets nervous. I'm glad I'm not married to a cop.' He looked at his friend and said, 'Jeez, I'm mister sensitive.'

'Knock it off. What was the call?' Anderson asked.

'Ten-year-old girl never made it home from her friend's house. Her father found her bike on that wooded stretch of Fowler Road. He searched the woods for about an hour and then called it in. Shouldn't have wasted the time, but you can't really fault a father for doing that.' Kelly and his wife had a seven-year-old son and an eleven-year-old daughter. He was tireless in pursuing any case where the welfare of children was involved.

Because of the circumstances, Steve rarely managed to even see his daughter. There was one instance when the department assigned him to give several talks about a career in law enforcement at her school and after spending half an hour speaking in front of her class, he spent weeks being depressed thinking of how things might have been. Every few weeks or so he managed to drive by her route to catch just a brief glimpse of her as she walked home from school. The last time had been only a short time ago during an unexpected spring downpour. As he drove by her she walked in the opposite direction with no jacket or umbrella and all he could do was park the car a block away and sit there sobbing.

'Let's roll,' Steve Anderson said and headed for the door.

Neil Bradley, a psychologist and successful author, begins interviewing sexual predators, who have served time in prison, in order to gather material for his next book. Within days after the recently released convicts arrive, the small town of Oak Hill is rocked by the abduction of several children. Sergeant Steve Anderson is jealous of Bradley, who is dating the police officer's former lover, but nevertheless asks for the psychologist's assistance in cracking the case.

This graphic depiction lays bare the psyches of fetish-driven criminals whose only concern is their own twisted sexual gratification. Balance this disturbing type of crime with the unflagging determination of the local police officers to quickly solve it, and the result is this gripping novel.

Kerry Deminski is a man who worked as a letter carrier for the United States Postal Service for three and a half decades, but also spent a lot of time before and during that period holding down other jobs as well. He worked as an armed guard for a detective agency, as a truck driver for a bookbinder, as a janitor, as a heating and air conditioning mechanic, as a theater usher, as a convenience store clerk, as a factory laborer. While still a teenager in Appalachia, he spent three years working after high school and on weekends for an uncle in the trucking business, shoveling coal and shouldering heavy blocks of ice into hundreds of homes in that financially-depressed region. During these jobs, and others not mentioned, Deminski filed away in his mind all of the people he met and the things they said and did, hoping to draw upon these experiences to enrich the books he knew he would write someday. Now that someday has arrived, and the prolific author turns out one, sometimes two, novels every year. Kerry Deminski has also received royalties for song lyrics he has written; he has sold humor to Playboy Magazine; he has been granted U.S. Patent Numbers 5,755,438 and 5,788,706 for two of his inventions.