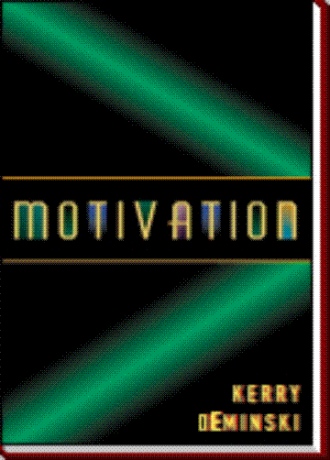 As he had on the first occasion, Ken moved the microphone stand to the rear of the stage and then placed his suit jacket on it. Although he was warm, he was not as warm as the first time, but he felt more comfortable without wearing the coat. He also wanted to appear less formal and unapproachable to the audience members, particularly those who were trying to garner the courage to come forward. He returned to the center of the stage at its front edge. 'I'd like to invite anyone who would like to speak to me and the rest of us tonight to come down to the front now.' This, Ken knew, was the moment of truth. He didn't want to be the kind of speaker who would stand alone on stage and deliver his opinions on how life should be lived and how problems should be solved. He needed to have audience participation. If it turned out that the previous willingness to participate was only a fluke, he would bow out of the tour as soon as possible. Only a few seconds passed before Ken learned that his fears were groundless. Two young women that had been sitting together in the third row practically flew out of their seats and dashed to the microphone. The one who reached it first latched on to it possessively but didn't, Ken was glad to see, remove it from the stand. The woman's companion refused to stand behind her but positioned herself alongside instead. Both of them were ogling Ken as if he were a rock star. With the ice broken, other audience members soon began lining up behind the two young women.

'I'm getting in line,' Pam said to Andrea as she stood up, placed her purse on the chair, and moved toward the center aisle. The woman who had watched her earlier was surprised to see Pam get in line to speak with Ken. That didn't seem to be something that a movie or TV star who wanted to remain incognito would do. The woman looked back up at Ken and out of the corner of her eye saw Andrea slip a black object into Pam's purse. She thought she knew what it was but quickly decided she was mistaken. Andrea immediately got up, picked up Pam's purse and made her way to her friend. 'I have to use the bathroom. Here's your purse.' Pam smiled and thanked her as she took the purse and then turned back toward the stage. Andrea started walking toward the exit but turned around abruptly and shouted, 'That woman dressed in black is going to kill Ken Fontaine! She has a gun in her purse!' Andrea had her right arm extended with her index finger pointed at Pam. 'Somebody stop her!'

The people in line in front of and behind Pam ran for safety leaving her standing alone and looking with disbelief at Andrea. 'What are you doing? Are you crazy?' Pam yelled. Emerson Heaton had been standing near the center aisle behind the last row of seats. He wasted no time and was charging down the aisle at top speed. Pam opened her purse. 'I don't have a gun in here,' she said as she reached inside and then removed a black pistol.

Ken Fontaine feels as if he's won a lottery when he lands a coveted job with a thriving ad agency. But when he fills in for a motivational speaker who has been injured on his way to a seminar, the young ad writer's life becomes infinitely more exciting. The ad agency owner, Sarah Gould, is so impressed with his performance that she offers to finance a motivational speaking tour.

Crisscrossing the country and speaking to packed auditoriums, Fontaine unfailingly establishes an instant rapport with every audience. His charisma and reputation combine to cause audience members to divulge their innermost problems and seek his insight. Only his closest friends know that his gregarious public persona serves to hide the fact that he struggles on a daily basis to deal with the emotional scars of having been abandoned by his mother at the age of seven. The most serious of these problems is a fear of entering into a steady relationship with a woman. But that changes after he meets Pam Clayton, an audience member who is also trying to overcome her own traumatic childhood. Andrea Simms, whom Pam thinks of as her best friend but wants only to dominate and control her, comes up with a bizarre scheme to terminate Pam's involvement with Ken Fontaine.

It is a well-documented fact that a fiction writer's life experiences enhance the plots and characters that he or she creates. Kerry Deminski is a man who worked as a letter carrier for the United States Postal Service for three and a half decades, but spent a lot of time before and during that period holding down other jobs as well. He worked as an armed guard for a detective agency, as a truck driver for a bookbinder, as a janitor, as a heating and air conditioning mechanic, as a theater usher, as a convenience store clerk, and as a factory laborer. While still a teenager in Appalachia, he spent three years working after high school and on weekends for an uncle in the trucking business, shoveling coal and shouldering heavy blocks of ice into hundreds of homes in that depressed region. During these jobs, and others not mentioned, Deminski filed away in his mind all of the people he met and all of the things they said and did, hoping to draw upon these experiences to enrich the books he knew he would write someday. Now, that someday has arrived and the prolific author turns out one, sometimes two, novels every year.