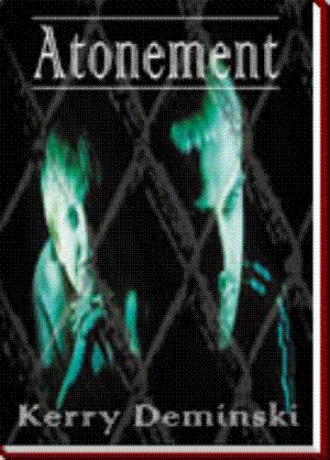 'Nicole, I need you to promise me just one thing,' Julie said. 'I can't promise you that, because I don't want to live anymore. All you know is my first name so you can't stop me from doing it.'

'You're right; I can't. But that wasn't what I want you to promise me,' Julie told her with a calmness she definitely didn't feel.

Nicole actually stopped crying. 'It isn't?' Julie heard the surprise in her tone.

'No, the only person that can stop you is you. I want you to swear that you'll listen to everything I say to you now and that you won't hang up until I'm finished.'

Nicole laughed briefly, and it sounded both brittle and hysterical. 'How dumb do you think I am? You only want to trace the call and get the cops to bust in here.'

'Let me tell you how stupid I am. I wouldn't have the faintest idea how to trace your call. I think only the cops can do that. Wouldn't you think that?'

'I'm not sure. I thought maybe doctors like you could too.'

'Maybe the really smart ones can, Nicole. I'm not sure either,' Julie said. She couldn't afford to take the time to revel in the fact that Nicole hadn't resumed sobbing and seemed to be getting more rational. 'Will you tell me why you selected me to call instead of one of those brilliant psychologists?' Julie heard no crying, no breathing, nothing. 'Nicole?'

'I picked you out of the Yellow Pages because you're a woman. I thought maybe you might be able to understand how it feels when a man you love doesn't ever want to see you again.' She sniffed loudly twice, but still refrained from crying. 'Most of the other psychologists around here are men. Did you know that, Doctor Eckley?'

'Oh yes. And I've met most of them, Nicole. All intelligent, professional men I'm sure, but I think you were very smart to follow your instincts and call me instead.'

Nicole responded in a voice that made her sound closer to ten than twenty. 'Because you're a woman, right, Dr. Eckley?'

'Because I'm a woman who was dumped a few weeks before I was supposed to get married,' she said.

'Oh yes. And, Nicole, would you please call me Julie instead of Doctor Eckley? It won't make me feel so old.'

'How old are you?' she asked diffidently. Almost as an afterthought, she said, 'Julie.'

'I'm thirty-two.' She risked a little laugh. 'I know when a person is twenty like you thirty-two sounds positively ancient, but sometimes I feel like I'm still a teenager.' Julie paused for effect before adding, 'especially when my mother still tries to run my life.'

'I know. My mother was constantly on my case about Hal,' Nicole confided. Julie's mind raced as she tried to decide to get Nicole to elaborate or to let the matter be. 'Hal is the big jerk of a professor who dumped me.' Yes! Julie went weak with relief. This young lady was going to live to either have her heart broken again or to find happiness, but she was going to live, of that Julie was certain. She felt confident enough to take the next step.

'Nicole, tell me exactly where you are and what you're doing right now.'

'I'm still lying in my tub while talking to you.'

'Okay, good. I bet the water is starting to get a little too cold. Am I right?'

'Yes, it is. Should I run some hot water?' Nicole asked as if any decision at all might be too much for her. Baby steps, Julie thought. 'Um, no, because then we couldn't hear each other too well. I think you should get out of the tub, dry off, get into your most comfortable pajamas or nightgown, and then lie on your bed so we can keep talking. Will you do that for me?'

Second after second elapsed as Julie waited for her to respond. Julie felt it crucial not to let Nicole know that the doctor on the other end of the line thought there was still a danger of the threat being carried out.

'I feel too exhausted to move a muscle, Julie. I . . . I didn't think I'd be still feeling anything by now.'

Here goes, Julie thought. 'Nicole, are you still holding that razor blade in your hand?'

Psychologist Julie Eckley leaves her hometown to practice her profession elsewhere after having her wedding called off by her fiance after the invitations had been sent. Although she becomes involved in a few casual relationships, these men are relegated to memory when Brad Lockman buys the building in which her office is located as well as the house next door where she rents an apartment. Despite his honesty in letting her know from the start that events concerning his divorce make him unwilling to become romantically involved, Julie hopes that the friendship they forge will someday make the transformation into intimacy.

The predictions made to Julie by both her mother and Linette Sica, her closest friend, that Brad will indeed soon manage to put his past behind him are of scant comfort to her. Brad becomes extremely withdrawn and depressed with the approach of an anniversary. After he requests that Julie has no contact with him until after the dreaded date passes, she reluctantly agrees, but wishes he would have allowed her to use her professional expertise to help with his emotional trauma. When the day finally arrives, Brad's dilemma is terminated and their town is rocked by what happens inside a local vacant theater.

Kerry Deminski is a man who worked as a letter carrier for the United States Postal Service for three and a half decades, but also spent a lot of time before and during that period holding down other jobs as well. He worked as an armed guard for a detective agency, as a truck driver for a bookbinder, as a janitor, as a heating and air conditioning mechanic, as a theater usher, as a convenience store clerk, as a factory laborer. While still a teenager in Appalachia, he spent three years working after high school and on weekends for an uncle in the trucking business, shoveling coal and shouldering heavy blocks of ice into hundreds of homes in that financially depressed region. During these jobs, and others not mentioned, Deminski filed away in his mind all of the people he met and the things they said and did, hoping to draw upon these experiences to enrich the books he knew he would write someday. Now that someday has arrived, and the prolific author turns out one, sometimes two, novels every year. Kerry Deminski has also received royalties for song lyrics he has written; he has sold humor to Playboy Magazine; he has been granted U.S. Patent Numbers 5,755,438 and 5,788,706 for two of his inventions.