The End of Times Part III 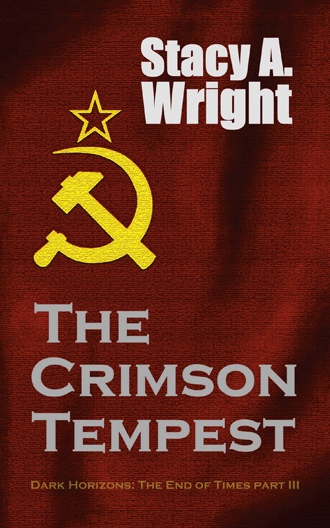 “Where are we going today, Papa?” Natalya leans out into the alleyway, before being pushed back into the shadows by her father. Always trying to stay out of the public view, Sergei would worry that Natalya would be recognized, assuming that Koloff had passed out photos of Natalya and Sergei throughout the Soviet Union. That is why he feels guilty about exposing her to the public last night, and why they will wait in the shadows for their train to arrive.

When the next train sounds its horn as it approaches the station, Sergei looks at his watch to see that the train is right on time. From his position, Sergei can watch as passengers load and unload to hurry on to the next destination of their journey. Not until the conductor makes his final announcement, “All aboard,” does Sergei hurry Natalya across the street and up onto the platform.

Stepping into the passenger car, Sergei looks at the faces staring back at him. There is no threat to him or Natalya amongst these weary travelers. Finding an empty seat, he directs Natalya to get in and sit by the window, and gives her their bag to rest her head on. After noting that his little girl is growing up and takes up more room on the bench seat, He takes a seat across from her and tries to make himself as comfortable as possible, on the worn out upholstery of the bench. It wouldn’t be so bad, except as the train begins to pull away, the suspension proves that the upholstered benches aren’t the only thing that is worn out. Still, he finds it hard to complain, considering some of the transportation they have had to endure on this journey. To his surprise, Natalya is fast asleep, undoubtedly lulled to sleep by the methodic clang and rattle of the wheels on the track. He chuckles to himself recalling the smelly, filthy camels that Natalya found so adorable, and he still considers them the worst mode of travel.

Giving in to the monotony of their trek, Sergei soon falls asleep as well. Unlike Natalya, his is not a restful sleep. His thoughts have been so occupied with their fight for safety that his dreams are filled with the horrors and perils he and Natalya have lived and survived.

This particular episode of REM sleep consists of the painful memories of the last day he spent with his wife. it isn’t the first time his dreams made him relive that dreadful day. In fact, the last time he had the dream, Sergei awoke and thought about it for several hours. He came to the conclusion that he hasn’t had the proper time or setting to mourn the loss of Anya, and that is why he is haunted with the memory.

An unfamiliar voice breaks painful serenity of sleep, saying, “You; wake up!” Sergei opens his eyes to se an armed soldier standing in front of him. To Sergei’s surprise, the rude soldier wasn’t speaking to him, but to the man in the next bench ahead of him. Noticing that the guard had caught Sergei’s attention, and turns to the curious passenger, asking, “You got paper?” Returning his attention to the man in front of Sergei and looks over the papers that had been offered. It seems like the soldier could care less about what he was reading, but when the man gives the soldier a handful of cash, he stuffs it into his pocket, and then turns his attention to Sergei, and asks, “Why are you on this train?” Taking a step closer to Sergei, the guard reaches out, summoning for Sergei’s papers, while looking back at his partner at the front of the car.

While the soldier was distracted, Sergei takes notice of the money sticking out of the soldier’s pocket. He quickly deduces how this procedure works. With his papers in hand, Sergei offers his explanation for travel. “We are traveling to Nepal, via Lhasa. My wife, her mother,” Sergei gestures to Natalya asleep in front of him, “Passed away while visiting family. We are going to claim her body and take her home for burial.”

“I do not care about your loss,” The soldier admits, as he focuses on Sergei’s papers. After a quick glance at his comrade, the soldier shoves his empty palm under Sergei’s chin in a demanding manner.

“I understand,” Sergei replies. Leaning forward, he nudges Natalya to wake her and takes the envelope from his coat pocket. The money he claimed from Salib is going to be more beneficial than he thought.

“Stop!” The soldier draws his weapon as fast as he gives the command.

“Easy, friend,” Sergei suggests as he slowly sits back. “You want to be paid for protection, and we want to get where we are going without peril. Sergei opens the envelope and asks, “How much will it cost me?” He knows that no matter the price, it is more than worth it for safe passage. “Please, sir, this is all the money there is. We have lost so much already.”

“Then you should be grateful that we don’t take it all,” The soldier replies. Snatching the envelope from Sergei, the soldier reaches in and takes half the money without counting it. With no guilt or remorse, he drops the rest of the money along with the papers into Sergei’s lap. Believing that a major score had been made, the soldiers don’t bother checking passports and papers of the rest of the passengers. Instead, they simply exit the car patting each other on their backs.

This should have been their most difficult part of their journey, and so far it is proving worthy. Sergei sits back and motions for Natalya to lie back down, while he tries to relax. They managed to escape without investigation of Salib’s murder. There hasn’t been any sign of Koloff’s agents for weeks now. All of these are good reason for him to breathe easier. But in no way can he let his guard down. If he is alert and aware, this could all work out the way he hoped for all along. He looks at his watch and thinks, “only eleven more hours.” 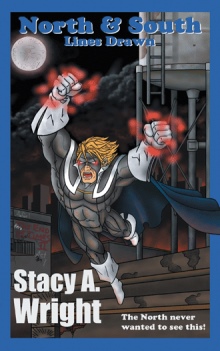 The Crimson Tempest introduces the next characters to join in the battle to save humanity from the end of times. Natalya Volokov is thrust into a destiny, not remembering her past. Because of that, she can’t pursue her future without knowing who she is, and where she came from. As a child of the cold war, she will learn who the true heroes were, and who the villains that pursue her are, all to save humanity from the threat of darkness.