The End Of Times Part II 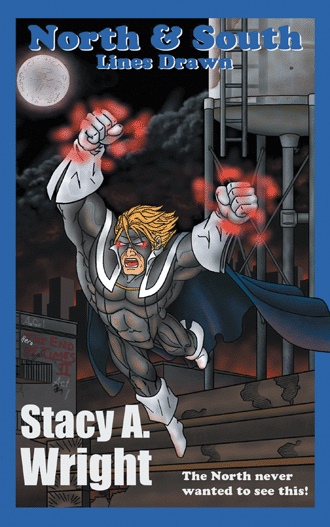 “You’re right, what was I thinking? We can’t leave nothing to chance.” Margaret pulls the trigger, ending Delaney’s woes, once and for all. Even his dying expression questions her actions, as he falls to the sofa before rolling off into the floor. “Carlton, do me a favor and call up to the pilot, and tell him that we need an emergency takeoff as soon as possible.” Walking back over to Billy, she kneels beside him and leans in close to his ear. “By the way, you missed one. I’m sure that he is going to hope you get out of this alive. Otherwise, he and I will have a lot of fun together.” She stands up and starts for the stairs adding, “Hope to see you soon, down South.” “Margaret, if McBride is supposed to live, don’t you think we should assist him in some way?” Now it is Carlton who seems bewildered by Ms. Callistone’s actions. “No!” She commands, turning to look Carlton in the eyes. “She said that this has to take place this way, and I am not to interfere. Now, let’s get out of here while we still have the chance!” Billy rolls over trying his best to stand up. He isn’t surprised by the outcome of his arrival at the penthouse. Billy always knew that it was always an either succeed or die trying crusade. It would be apparent to anyone that this is the end, and yet he still fights to carry on. It’s that stubborn never give up, attitude that has always given him the most trouble. But in the same instance, it has kept him alive as well or at least until now. Above him, he can hear the roar of the helicopter’s main rotor as the private aircraft prepares to take off. The sound, where is the sound the loudest? Hurry Billy, time is running out. Over at the wet bar in the living room, he can see the explosives packages tucked away on the shelves. The chance for his survival appears to be slim at best, for the situation. He can’t go up, he can’t go down, and the blinking red lights behind the bar are a sure sign that he can’t stay there. Charging both hands with energy, he unloads the destructive force at the ceiling above him. His aim is accurate as the explosion erupts through the roof beneath the helicopter that is taking off. Debris is sent skyward, cleaving the tail section of the helicopter in half. Immediately, the pilot is sent into a fight for his life, as the wounded helicopter carries a helpless Margaret down to the green landscaping of Central Park. Even with the dire straights that he is facing, Billy smiles through the pain as he watches the flaming helicopter descend uncontrollably passed the penthouse windows. Believe it or not, but this gives him a newfound reason to try to live on. If the enemies of his friends and family are gone, Billy may still have a chance at resuming a normal life. But first, he has to get away. The problem is that he never came up with a contingency plan for a situation like this. The detonators on the explosives keep tinging, ting, ting, ting, faster and faster with the little red lights keeping rhythmic time. He knows the rhythm. It matches the explosives he saw at the facility before chasing Crossfire from the building. How much time does he have left? Judge the rhythm; how fast, to how much time? The elevator’s out of service; that’s his doing. Did the hostages get out? What about his mom? He knows that he can’t think about those questions right now. If he doesn’t find a way out, none of it will matter any way. He has to stay focused. It’s getting harder and harder to breathe. His chest feels tight as if he is going to explode. It’s hard to stay focused. How much time does he have left? Following Margaret’s advice, Billy exits the penthouse, staggering out onto the south balcony, barely able to keep himself up. All around him is nothing but air. Below him, however, is the sloped glass rooftop of the building’s pool and gymnasium on the lower tower roof. Why would she go to all of this trouble, and then tell him how to save his life? Suddenly, the hair on the back of Billy’s neck stands up, and in that brief fraction of a second when the detonators ignite, Billy hears the perfect silence that preludes the coming blast. Time’s up. There is nothing else for him to do, nowhere to go. Billy simply leans over the railing, as the blast reaches the balcony doors. he glassworks that frames the penthouse erupts with a shower of glass as the fires of the explosion chase him over the side. His last conscious thoughts are hoping that he is on target to hit the pool three stories below. Consciously, or not, he releases what energy he has left in his body and shatters the glass roof between him and the water. “God, help me,” he mumbles. Splashdown; his body slaps against the surface of the water and then slowly sinks to the bottom. Lights out, Billy Ray McBride, the towel has been thrown into the ring.

With the conclusion of North & South: The Confederate Soldiers, Billy Ray McBride believed that his quest for vengeance had ended. But as you learned in Dragon's Fang, sometimes things don't work out the way we'd like them to. What he thought was lost was actually taken from him. Now he must go north to New York to get them back. This begins his quest to be savior, or betrayer of mankind. in part 2 of the End of Times story.

Well, here it is, for all of you waiting for the next chapter. I must admit that I love the way my growing fan base is embracing my characters and stories. To those followers, you are my inspiration and drive to produce the best books possible. Until the next book, The Crimson Tempest, welcome to the frontline.