The Disappearance of Alice 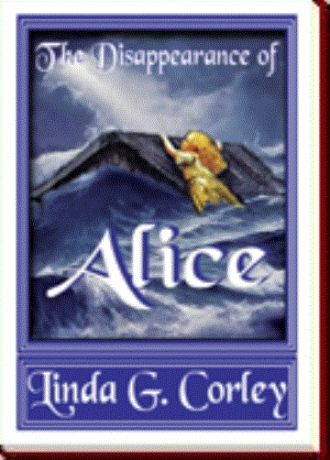 The date was , only a couple of months till my 6th birthday.  There was no warning, no forecast given to us.  Our tiny village of 450 homes was not prepared for the massive waves and winds of over 100 miles per hour.  Hundreds of people were drowned in this horrible tidal wave.

Our French speaking fishing community consisted of 1600 persons; less than half remained alive.  The tragic hurricane was accompanied by a great tidal wave which ravaged the village and surrounding areas.  Houses were seen floating out to the .  On much of the wreckage were carried survivors.  A week later, rescue parties found some of the people still alive, my cousin Cledemere Lafont was one, who had drifted across the Gulf to , 60 miles away.

Chénière Caminada was a bustling fishing and oyster-harvesting community on , but on the next morning it was gone.  Residents had little advance warning of the approaching storm.

These are some of my memories of that horrible night.  It has always been said that there is healing in the telling, so here is my telling.  I hope my life story can serve as an example of hope, strength, and courage in overcoming adversity and making the most with what has been handed to you.

EYE OF THE STORM

During the second half of the hurricane at Chénière, after the eye of the storm had passed over, my father loaded us all on a boat, as our home was filling with water.  The boat holding members of my family, including my father Manuel Terrebonne, my mother Cora, my sister Josephine, two of my brothers and myself, capsized and we found ourselves in deep waters near floating timbers.

My father Manuel, swam to the home of his brother Alexie Terrebonne, thinking my mother Cora was behind him.  However, she was overtaken by the waves and drowned.  I watched her go under, come up and then go down again.  I was too young, at the time, to realize that I would never see her again.  My father thought his young children had also drowned.  However, my two brothers and I were swept away and managed to climb up a tree.

The waters were swift, rushing by us, pushing all manner of debris.  People were screaming everywhere, in the darkness.  Floating on his rooftop was neighbor Mr. Leo Decuir who called out to us.  “Stay put and I will attempt a rescue,” he shouted.  Although told to stay where I was, I jumped into the water, tried to swim to the roof, but was swept away with a wave.  My two brothers stayed in the tree and were pulled to the roof and they were saved.

I soon surfaced and screamed for help.  I heard the voice of my sister, nineteen year old Josephine, call out to me.  Within minutes we were tossed near one another and pushed toward nearby timbers.  Not knowing how to swim, we held on to the timbers and witnessed the huge tidal wave approach.  Its force did not kill us but pushed us along at a very great, frightful speed.

When we were united in the swirling waters, Josephine and I were dragged near a grove of trees where a rooftop had floated and become still.  Josephine climbed on the roof then up into a tree and tore her clothes into strips which were made into cloth ropes.

The fourth novel for this author, presents a tale of tragedy and survival.

WHAT IS THE WILL TO SURVIVE? It has been described as hope, determination, and a positive mental attitude. The "will to survive" is commonly referred to as a desire to live despite seemingly insurmountable mental or physical obstacles. When there seems to be no escape from your situation, and the odds seem against you, the "will to survive" can provide you with the spark you need to press on. The will to survive can also be considered "the refusal to give up."

"The Disappearance of Alice" is based on real events. In 1893, when a fierce hurricane destroyed her tiny village on the Louisiana Gulf Coast, a six year old child was separated from her family by the strong wind and waves, snatched by Mother Nature, tossed out into the night, alone and scared she endured days of torment on the open sea. Tiny bruised fingers clung desperately to a rooftop that floated 90 miles across the Gulf, away from her home and family.

Alice was fair skinned with hair golden that flowed in curls down her back. Those golden locks would shine as a beacon and eventually call attention to her near lifeless body as it floated on the waves toward her destiny.

Her story has never been told, until now. This is a story of a beautiful little Creole girl who was washed out to sea on a rooftop during a devastating hurricane. Days later, she was found in the surf near death, but her will to survive was strong.

A childless couple rescued her from an angry sea and for over ten years Alice lived with her foster parents, believing her real parents dead. But were they?

For 30 years the author worked in the field of Human Services, mostly as a Mental Health Counselor and Social Services Program Director in the Houma area. She holds a B.A. in Psychology with graduate work in Psychological Counseling from Nicholls State University and a PhD in Human Services from Walden University. The author avidly studies genealogy to learn more about her family history and to enhance the authenticity of her fiction. Both parents offer interesting ancestry; her father part Native American Cherokee from Oklahoma and her mother’s ancestors came over from France.