The Story Oklahoma Did Not Want Told 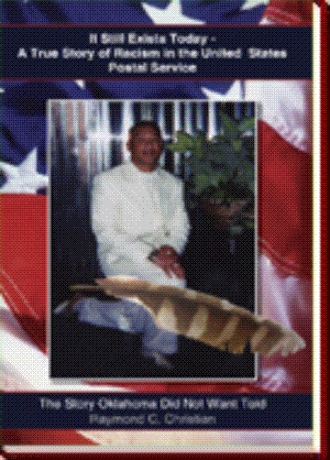 * The Bomb Threat. It was a warm summer night in June when I was reporting into-work: The time was around 9:30 p.m. because I worked on Tour-1 at the Main Post Office in Oklahoma. It was sort of a strange night because there were a lot of people stan-ding around outside of the post office by the truck and super-visor entrance. This was the side of the building where I nor-mally entered to go into work. Upon reaching the building I did not have contact worth anyone. I did notice a lot of employees and a few supervisors standing far away from the building. No one ever said a word to me and it was not uncommon for me to go to work and see employees or supervisors standing outside. I had no idea of what I would encounter once I got into the building. I was never even worned by the supervisors who were standing out-side not to go into the building. I entered on the dockside of the building passing by the guard/supervisor office. Upon en-tering the building I noticed thee were no people on the first floor. This is the floor that worked the third and fourth-class mail. I thought they might have been having a supervisor meeting or maybe on break. The walk to my exit to go upstairs is short so I did not give much thought to not seeing anyone downstairs working. As I opened the door to go upstairs the thought did cross my mind as to why were all those people outside. A few of the faces I did recognize were employees from the second floor.

Being the employee I was very devoted and never late for work. I continued upstairs to clock into my job operation. I was not accustomed to being late for work and I did not want the hassle of being charged late for work. Up to this point of my employ-ment I had a perfect work record. I enjoyed my job as well as the people I was working with. I had been on this job for a year and six months I never had to challenge anybody on my job as to what was right or wrong. I did have a few mild encounters as far as attitudes are concerned. This happens because of working with different people but it never amounted to nothing serious. I am the type of person who believes that no person is the same every-day. I also know that everyone has good and bad days some things are just to be expected. After clocking into work I was assigned to go to work in operation 030. This was an area were employees would work incoming and out-going mail. The supervisor who was a white male never did inform me that there was a bomb in the building. At few of the co-workers who were already at work were talking and T over heard them. They then told me about what was going on. This did explain to me why there were so many people outside. I was only fifteen minutes on my eight-hour shift. I confronted my supervisor at the time of my finding out what was going on to confirm what was told to me. He did in fact concur that a bomb was in the building. I was then told to go back to work because the situation was being handled. I asked him if I could leave the building and began to explain to him what was postal policy about an employee feeling his life being in danger, the employee can leave the building. This was not just hearsay it was a postal regulation Article 14 was an agreement between the United States Postal Service and American Postal Workers Union, AFL CIO. The regulation states it is the responsibility of management to provide safe working conditions in all present and future installations and to develop a safe working force. I no longer felt my life was safe. I did not make a big scene and run around like some mad person yelling there is a bomb in the building. I very politely told my supervisor that I was going outside where it was safe. I told him that I would return back to my job area when it was safe again. After I went out side of the building I noticed several employees who worked on the second floor outside. There were also supervisors outside who was suppose to be inside supervising the MPLSM machines on the second floor. These supervisors had left the employees on the machines keying mail by themselves. The bomb squad finally arrived at the post office and was able to get the package with the bomb in it. The bomb squad told the employees who were outside that it was safe to go back to work. As everyone began returning back to the building I noticed very quickly that I was not the only person coming back up to the second floor. I was told by my supervisor that no one on the second floor was allowed to go outside this is why I would think he had a reason to be upset. It was obvious to me that he was not telling me the truth. After the bomb squad had left we were told that it was a false alarm, the bomb threat had turned out to be a ticking clock. I was the only employee who was reprimanded for leaving the building. I feel if the situation was so serious when the employees were allowed to come back into work a list of names should have been turned in to management. This was not the. case I was the only person who would be dealt such a bad .deal of injustice. This is when my last six years of employment for the Main Post Office in Oklahoma City, Oklahoma would turn into six years of dilemma. This is the point where I had began to speak up about how I felt I had been wronged by the postal service. It never crossed my mind that a group of people can read the law and interpret. what it is saying . Turn their backs on its factual meaning and do the opposite of what the law is saying. This was the first time I had to write a grievance. It would also be the first time I would need a union steward to represent me. Although I did find the regulation in postal pol-icy that totally covered me in this case Article 14, I wood find out later the law had no respect or just did not apply to me. The union steward who handled this 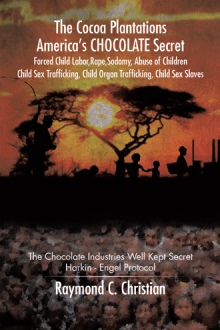 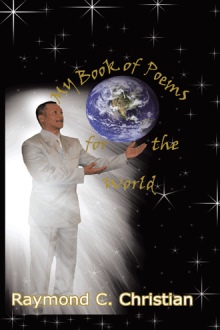 My Book of Poems for the World
Raymond C. Christian
£9.69 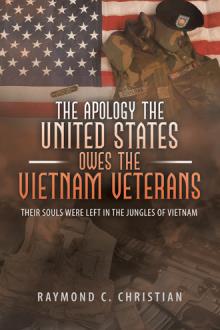 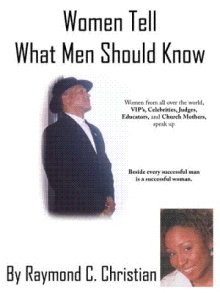 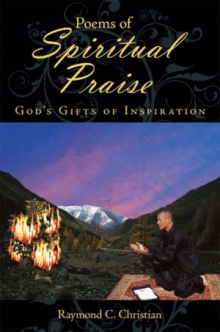 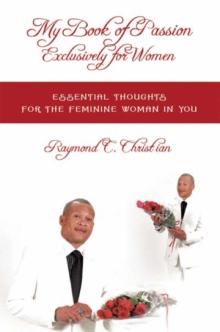 My Book of Passion Exclusively for Women
Raymond C. Christian
£7.99

This is a true story of the author and his experiences while working for the United States Postal Service in Oklahoma City,Oklahoma.

The author provides the reader questions and answers concerning the postal service. He expresses his concern to help the reader understand his experiences while providing those in Administrative positions the ability to review racial hate he experienced and make positive changes and correction in order that history does not continue repeating itself.  This book is based on true life experiences the author had to endure until finally resigning.  He openly forgives the personal hatred towards him.  The hatred he endured made him a better person and helped him to bare the burden of writing such a book.  "Great thought was given and there is nothing more special then being a vessel for God Almighty the abuse I endured is almost unheard of."  The year is 2005 my first book was released."

The author pours out his blood stained banner after all he has been through and states it plainly in the pages of this book those who hated him the most he loved even more.   I remembered this scripture "There is no good or bad deed that goes unrewarded" "Vengeance is mine thus said the Lord I shall repay." Trust him he will.

“This book was written because I care.”

Ordained Elder COGIC, State of Indiana Director for Juneteenth, Humanitarian, Hall of Fame Poet, Author, Scholar, Military officer and Notable Personality.  The author’s title of humanitarian is attributed to him fighting for justice for all Americans.  The true facts in this book unveils violation of the authors civil rights.  The United States Postal Service in Oklahoma is where this true story unfolds.  The author speaks openly about the suffering he endured while working for the Oklahoma City Postal Service.  This shocking story will answer many questions of concern for the American public . This book will help those in position make changes concerning problems in The United States Postal Service.

The author quotes cases and insite scriptures from the Holy Bible on how he was able to get through the challenges presented to him in order to complete days at work.  He asks the American public to question the issues concerning what happened to him and states,  "Where is the due process of law concerning the issues presented, this is America every man, woman and child born in this country are born with inalienable rights."  the author states he has served this country with passion in his heart  for all American's regardless of race, creed or color his intent is not to tear the system down but to build it up with truth.  The poem in this book "The Dim Light of Justice" will bring you to a new horizon.  In 1997 the author was inducted into The International Poets Hall of Fame.

Raymond C. Christian makes history  at Fort Benjamin Harrison as the first and only African American Commandant in the history of the 88th RRG Indianapolis, Indiana.