of love, life, and the law 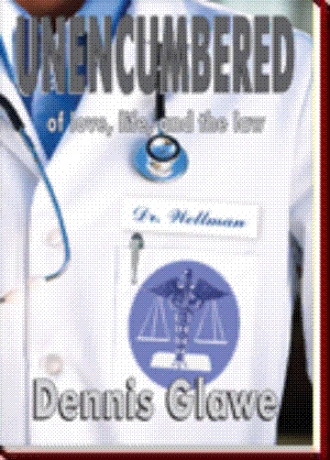 Vicki was busy on the other side of the cart.  The monitor displayed a regular heart rate of 80.  The patient’s pulse oximetry (general measure of blood oxygen content) was a normal 97 percent.  The last blood pressure reading was 174 over 96.

While I was busy doing my exam, a stranger had entered the room.  He was behind Vicki, leaning on the other, empty gurney.  He was watching my patient with eyes of fear and concern.  He must have come in through the ambulance entrance without being seen, since no one got past the front desk without the clerk’s permission.

Before I could finish, the patient spoke.  “Dr. Wellman… Dr. Wellman, you have to promise me something.”

I turned back to see a new fear stamped on the face of my patient.  Vicki noticed it too.  “What is it?” I asked, my full attention now on the woman lying in front of me.  Was a new pain gripping my patient?

“Promise me that you won’t tell my husband that I’m here,” she said, barely above a whisper.  Vicki and the stranger heard every word.

My assumption had been that this stranger was a family member or significant other, possibly even her husband.  With ’s urgent request, the idea that he was her husband was blown away.  If he wasn’t the husband, who was he?

The ambulance crew was gone, back at their ambulance no doubt, getting the rig cleaned up for the next run.  The room belonged to the four of us.  For a long moment we all looked at each other, recognizing the awkwardness of this situation.

Shannon, the ER secretary, who worked the front desk where patients wanting emergency services were checked in, was now at the door.  “A Mr. Delittle is here, and he wants to see his wife immediately,” she said.

I could tell by her tone of voice that it was urgent.  Without thinking I followed back to the front desk.  A very tall and very muscular man was standing on the other side of the desk, and he wasn’t happy.  He had on a white sleeveless tee shirt and jeans and looked like someone who did construction for a living.  His eyes locked on mine, and for a second I thought that he was firing laser shots at me through those narrow slits.

“Where is my wife?” he asked, jaw firmly locked.  I was surprised that no steam was coming out of his nostrils.

For a moment I paused.  “You can’t see her now,” I answered, an uncontrollable rise in my voice carrying the words from my mouth to the intended recipient.

Mr. Delittle walked up to within a foot of me and glared down at my face.  He was every bit as tall as Doug, maybe even taller, and with my height at five feet nine, he was basically looking straight down at me.  “And who’s going to stop me?” he said.  It wasn’t really a question.

A feeling of icicles ran down my spine.  I’m not a big guy, on the short side, one hundred-sixty pounds of mostly flabby muscles, and I certainly wasn’t about to engage in a fight with this person who displayed animal tendencies that reminded me of a rhinoceros.  With a large lump in my throat, I stepped aside.  Mr. Delittle stormed by me and headed straight for Trauma Room One.

I followed in his wake like a well-trained Labrador retriever.  , out of curiosity, followed me.

Mr. Delittle stopped in the open doorway of Trauma Room One.  His eyes moved from the cart where his wife lay to the personage of Mr. X.  “So, it is true,” he said, mostly to Mr. X.

“Tiny,” Mrs. Delittle called out, trying to move her head so she could see her husband better.  The cervical collar was not in the mood for flexibility.  It would not allow her to move her neck any farther than it was designed for.  “I can explain everything,” she added, looking at him awkwardly.

What?  Tiny?  This guy’s name was Tiny?  I found that ironic.

Tiny turned to his wife with fire in his eyes.  “Are you having an affair with him?”

Again, the tone of voice didn’t really seem like a question.  It was a stateme 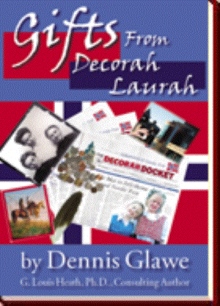 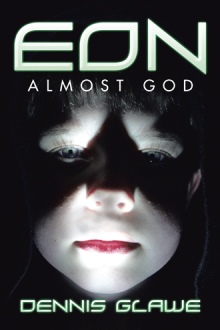 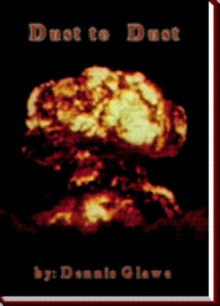 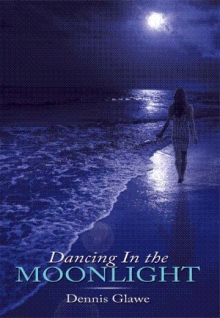 Dancing In the Moonlight
Dennis Glawe
£12.49

Martin Wellman was a family practice physician anxious to begin his career in Prairie du Chien, .  His medical training had prepared him for any contingency—or so he thought.  A lawsuit concerning a HIPPA violation was about to test his faith in the system.  His would-be girlfriend was hiding a bizarre medical condition.  Things were not what they seemed to be in this peaceful river town.  A convicted murderer dying of cancer, a homeless man with a painful secret, a wealthy heiress searching for recognition and a lost grandchild, a dead body along the —They turned Marty’s world upside down, through it all, he learned the meaning of life and Death and found a love that transcended both.

Dennis D. Glawe is a Board Certified Family Practice Physician practicing in Decorah and Calmar, Iowa. He is a graduate of Central Community High School in Elkader, Iowa (67), and graduated from Upper Iowa College in Fayette, Iowa (71) with a Bachelor of Science Degree in math and physics. He received his Doctor of Osteopathy degree from the College of Osteopathic Medicine and Surgery, located in Des Moines, Iowa in 1977. He completed his Family Practice Residency (80) at Dwight David Eisenhower Army Medical Center at Fort Gordon, Georgia. He served three years as a staff physician at Reynolds Army Hospital, Fort Sill, Oklahoma. He returned to civilian practice in 1983, and was a solo practitioner in Monona, Iowa until 1988 when he joined Gundersen Clinic. From 1988-1996, he practiced in their West Union Clinic, and, in 1997, moved his practice to the Gundersen Clinics located in Decorah and Calmar, Iowa.

He currently lives in Decorah with his wife, Marcia. Their daughter Erin is a recent graduate of Winona State University, and their son John lives in a group home at Woodward Resource Center, Woodward, Iowa.

When free time is available, Dennis enjoys photography, computers, and reading. His previous works, available through Authorhouse.com, include: