THE NUBIAN-KUSHITES AND THEIR TRADING

Nubia-Kush was the original civilization in the Nile Valley. It may have been in existence before the Neolithic Age, as early as 10,000 B.C. In fact, new data based on the work of archeologists show that about 8,000 B.C., Nubia had an advanced culture which became Ta-Seti and contributed both the manpower, technological knowledge and culture to what became Egypt. This fact was discussed in the last chapter, when Egypt or Khemet was the northern section of the vast Nubian-Kushite or Ethiopian Empire. At that time, much of the Nile Delta may have been under water and a vast swamp.

Nubia-Kush was the core of Black civilization between 15,000 B.C. to 4241 B.C. The core of the ancient Nubian-Kushite Empire was the portion of land between Aswan and Khartoum. After the Khemites retook northern Khem from alien Asiatics who were settled in the northern part of the Delta, between 3400 to 3100 B.C. and reunited the two lands, the boundaries of the empire expanded. It began south of Turkey in the north and included Canaan, and the entire region now made up of Lebanon, Syria, Jordan, Isreal and Sinai. Its southern extension included parts of modern Ethiopia and the Lakes Region of East Africa.

There should be no doubt that the civilization of Nubia-Kush was the original civilization in the Nile Valley, for the Khemites, who are supposed to the the first civilization in the region, actually looked to Nubia-Kush (Sudan) as the origin of their civilization and culture, as well as their people. Nubia-Kush was the source of the Nile Valley culture. The legend of Osirus, who is said to have brought civilization to Egypt from Nubia-Kush points to the south of Egypt as the place of his origins. The Khemites themselves claim that the area which later became Khemet (particularly the Delta area), was still basically swamp, wetlands and ocean during the time the legend of Osirus is said to have taken place. (Diop, C.A. 1991, pp. 103-108). (1)

Trade occurred frequently between the Nubian-Kushites and Khemites. That trade may have began during the Paleolithic Age and may have been carried out by boat, animals or on foot. The resources of Khem has never been as great as that of its southern neighbors and most of her gold, ostrich feathers, ivory, ebony, animals, food and other commodities came from Nubia-Kush. Kush was not only the mother of Khemetic civilization, but Khemet depended greatly on Kush and the lands further south, for its very survival.

The Africans represented in Olmec art are represented in all facets of life. Some of Alexander Von Wuthenau's photographs of Olmec art show Africans and Blacks in general in all walks of life, particularly in his book, Unexpected Faces in Ancient America. In Olmec representations of Africans, the Africans are placed in a position of dominance over people who seem to have 'Semitic' characteristics, such as 'hooked,' aquiline noses, beards, turned up shoes, and other characteristics. Representations of Semitic-looking people have been found carved on stalaes and in other mediums.

Bill Mack discusses the African position among the Phoenicians in Fate Magazine:

'For a long time, archeologists have been puzzled by the diversity of physical types portrayed in Olmec art. The Olmecs, first of ancient America's true civilizations, were the precursors of yhe Mayans. They sculpted figures that are strikingly Negroid in feature. To further confuse the already murky picture they also portray what archeologists call the 'Uncle Sam' figure, men with aquiline features and chin wiskers.'

Early archeologists concocted theories that these portrayed Phoenicians and the Negroid featured portraits were either slaves or crew, or both. As is usual in such schorlarly guessing games, the balance tipped the other way when a number of stalae were found where the 'Uncle Sam' figure were shown groveling in submission to the Negroid featured men. To add to the considerable confusion, some Olmec statuary depicts a combination of the two--Negroid features with chin wiskers! Many of the Mexican state and university museums have taken the bull by the horns and labled their exhibits as having been introduced or at least influenced by contacts with Africa. Perhaps the most striking example of why Mexican officials made their decision is found in the state museum of Jalapa. A terracotta bust approximately ten inches high is definitely the portrait of an African right down to the 'cornrow' hairstyle. The clincher is that the sculptor, to insure that there was no doubt painted the face black.' (15)

The observations of Bill Mack and that of the Mexican officials throw doubt into the innacurate belief that the Blacks portrayed in Olmec art and in the collosal stone heads, were slaves or even servants of the Phoenicians. No enslaved people, would be bowed to, nor would their portraits be carved in gigantic boulders, many times bigger and more massive than portraits of their so-called masters. Furthermore, one of the collosal heads was used as an oracle or talking God. It has a hole in one ear, through which a priest may have uttered words to represent the God. This same technique was used by the Ancient Egyptians and Nubian-Kushites, who made use of 'talking Gods.'

We are left with what is actually the truth and the reality, that the Blacks portrayed in the collosal, basalt stone heads were both representations of Gods or kings, or God-Kings similar to those of Egypt and Nubia-Kush. These great Black Olmec kings ruled Mexico for perhaps one thousand or more years, beginning about 1100 B.C. to about 300 A.D. In fact, about twenty-two of these gigantic stone heads have been found in Mexico, and there may be more.

The so-called Semites portrayed among the African Blacks were probably Phoenicians or Canaanites, for these were people who were a mixture of Semitic and African, with a predominance of African features. This type is clearly present in Bill Mack's description. Also, the similarities between the pure Blacks portrayed in Olmec art and West Africans and the pure Blacks of Sudan, and Nubia-Kush of ancient times is stunning. Thus, a ship under the control of Black Egyptians and Nubian-Khemites could have hired some Phoenician sailors, as was their custom and sailed to West Africa, where African sailors accompanied them in West African boats, for a trip that had been planned. After all, the Nubian-Kushites, Khemites and Phoenicians traded with the West Africans. Logic says that due to the very ancient relationship that the West Africans had with the Americas, (earlier than 4,000 B.C.), then the Khemites, Nubian-Kushites and Phoenicians would have heard about lands beyond the Atlantic from the West Africans, in the same way that the African sailors of Cape Verde told Christopher Columbus about the Americas and their trading relationship with the American Indians there.

In retrospect, the history of West Africa was as fruitful, rich and glorious as that of Khemet, Nubia-Kush, Elam, Sumer, Punt (Negau), India or any of the Black civilizations on the north-eastern portion of Africa, West and South Asia. All these regions made great accomplishments. While the Nubian-Kushites and Khemites spread their trade and influence throughout the Mediterranean, the Indian Ocean (called the Ethiopian Sea as late as the 1500's A.D.), the Atlantic, Asia, the rest of Africa and Europe, the West Africans spread their trade and influence to the Americas, the Sahara and North Africa, the Nile Region, Central Africa, the British Isles and the Iberian Peninsula. There are records which proves an ancient African connection between the Africans in the area of Cameroon and the ancient Blacks of Mesopotamia as well as ancient China. Wayne Chandler discusses this facinating top 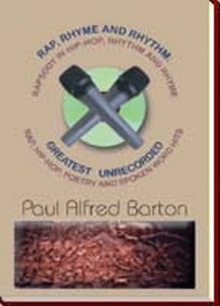 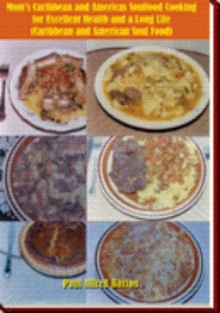 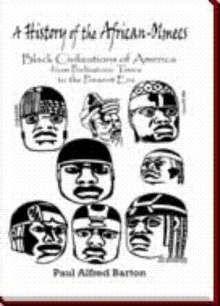 A History of the African-Olmecs
Paul Alfred Barton
£10.75

The book, Susu Economics: The History of Pan-African (Black) Trade, Commerce, Money and Wealth is one of the most thorough and exciting books which deals with the development of culture and civilization in ancient and prehistoric Africa, and how trade and commerce contributed to the migrations of Africans worldwide and the establishment of cultures and civilizations from the Sahara to India and China, around the globe to ancient Olmec Mexico.

This massive trade network contributed to building the wealth and influence of many ancient African kingdoms and empires such as ancient Egypt, Nubia-Kush, Wagadu-Ghana, Nok, Punt, Zimbabwe and many others. African wealth and influence also spread to parts of Europe when Africans settled parts of Ireland and England as well as Iberia, hundreds of years before Christ. The book examines the trade goods used and commodities traded for thousands of years.

Paul Alfred Barton is a direct descendant of Gyorgis, an Ethiopian Lady of royal background who migrated from Gondar, Ethiopia to the Caribbean during the 1830's. Barton is also the descendant of a Black Carib (Garifuna) great grandfather. The Garifunas are the descendants of ancient African merchants and mariners who had established trading relations with the Americas, hundreds of years before Christ.

Paul Barton is a graduate of Fresno Pacific University with a Bachelor degree in business management. Barton is a prolific writer and specializes in ancient African history, World Black history and culture and epic novels dealing with the exploits of ancient African royalty and adventurers with a mixture of fact and fiction.