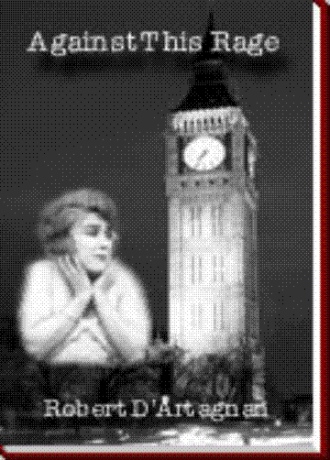 The sports car had appeared out of nowhere, whipping around the far edge of the big fountain that filled the traffic circle a hundred yards to his left.

Out of the majestic curtain of falling water, out of the mists and glittering and like a rocket right at him...

Bearing down on him at what seemed light speed. Not really him, but where he would be in half a second.

At that point there would be a fatal, final conjunction.

Logic told him to step backwards and hope for the best. But automatic control took over and, against all logic, his body had a different idea.

It dived across the path of the oncoming juggernaut.

In the arctic wastes of time that half second had become, there seemed no hurry even in the middle of the frantic hurry. Randall saw with great clarity the successively closer images of the chromed headlights of the careening car.

He knew he was hit when he felt a force that gave him a momentary jerk counterclockwise.

He ended in the gutter, head towards the fountain.

From there he saw a truck hurtle by in the opposite direction. If he had stepped backwards...

Randall and Gloria set off to England on a quest, with a lofty if unrealistic goal, to prove the true identity of Shakespeare. They never bargained for the murder they would encounter along the way. Nor did they dream of the web of intrigue they would stumble onto in their search to clear up what should have been purely literary mysteries.

Robert D'Artagnan, at his own insistence, remains something of a mystery person.

He refuses to divulge any details, actually any facts at all, concerning his life.