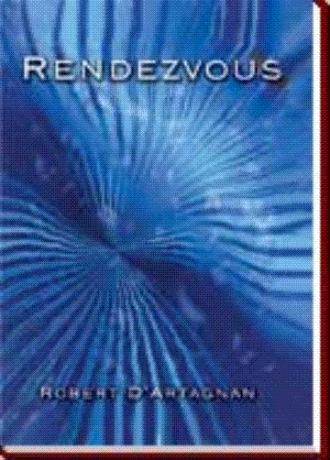 The wall clock was indicating 12:25 when Max trained his glasses downward and saw John Kennedy smiling and waving from the Presidential limousine.

O'Fallon pulled the Body Scanner out from its zippered compartment inside his jacket, aimed it at the waving figure so far below. Activated it, heard the little machine recording its reading.

Why did you do that, O'Fallon? That wasn't part of your assignment.

He shrugged his shoulders to his own unspoken question, shrugged the shoulders of his mind in unison. Sometimes he did things that had no logical explanation. Later, his experience had proved, they sometimes came up useful.

Now the Motorcade was turning away from him and directly towards the assassins as it eased into Elm Street.

Only for Max now, with his knowledge, it wasn't just Elm Street anymore, a name that in itself was quintessentially American redolent of normality and the very best of American life.

Instead, for Max, it was the road into Hell itself, a road with no turning or redemption to it, so distant from the Irish toast that wished that the roads would rise to meet you and...what was the rest? Something about the hope you would get home before Satan knew you were out. He wasn't that good on things like that, Irish toasts...

But Kennedy wouldn't. Wouldn't have the roads rise to meet him, wouldn't get home before Satan knew he was out. Not at all, because Satan, or his earthly representatives, lay in wait for him along and above this very road...

Max O'Fallon saw the men deep into their aiming now, shutting all else out of their world except their target.

What, he thought...what if I shut them out of the world? If I had a weapon, I could do it from here. Lay them out so dead so fast they never would even ever dream again of assassinating a President...never dream of anything again in this life.

What he was doing seemed obscene. To watch a magnicide like this in progress and do nothing to stop it...

His blood rebelled, rushed in anger through his veins. His esophagus seemed bathed in acid, and adrenalin raised the level of his concentration.

'It's okay, Max,' he heard his lips whisper.

To Max it seemed the man with the glasses fired first...

Lost love, lost reputation...
Max O'Fallon, as pilot of the world's first time machine, has a chance at recapturing these along the way towards opening a window on the greatest murder mystery of all time.

But when things go wrong, can he find a way to complete the mission...and against all odds, fight his way back to the 21st Century?

And what about the X factor? The unexpected twist that lurks in the shadows of the human mind and can change everything?

Robert D'Artagnan at his own insistence remains something of a mystery person.
He refuses to divulge any details, actually any facts at all concerning his life.