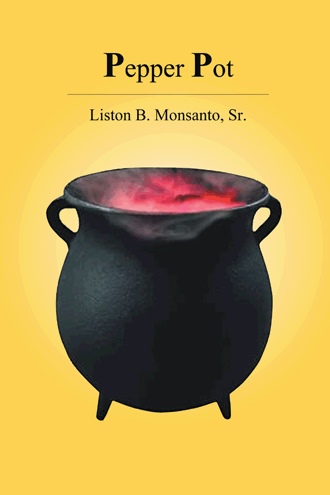 They have interpreted DeJongh’s antics as machinations designed to eradicate the existing political patronage that’s so endemic in the governmental system, thereby causing them to be subjected to “The Extreme Test.” Had Kenneth Mapp won the election, in the absence of money, he would have had a valid excuse and every reason to berate DeJongh's modus operandi while at the same time dismissing the same 500 or more employees. I have said it again and again, and once more it bears repeating, in substance as follows: there is only one of two ways of running the Virgin Islands government. The wrong way as is presently the case and the right way that led up to Opinion Number 81-1434 of The Third Circuit Court of Appeals. Suffering from the lasting effects of the endemic disease of Virgin Islands politics and ignoring the prescient advice given them by their legal counsel and other experts in law, the delegates to the Fifth Constitutional Convention impulsively opened the door allowing Governor John P. DeJongh to do illegally exactly what he did in holding the proposed Constitution until he was ordered to forward it to the President of the United States as required by law. Unlike the Delegates, DeJongh was fully aware of the fact that the persons having the right to vote in our elections were varied with the so-called "outsiders" (who were of the belief that the document was one of exclusion) having the preponderance, thereby placing the ancestral natives and native Virgin Islanders in a minority group. He knew that he was in violation of law and he also knew that operating in violation of law is generally accepted by the people of the Virgin Islands totalitarian governmental system. It is my firm belief that the United States Virgin Islands and its voting population are too small to accommodate the high degree of politics with all its methods and maneuvers that have become a common or everyday thing. Continentals (Black and Caucasian) and most of our naturalized citizens who have migrated from a different lifestyle, are more astute than the common people making up the masses which has within it a host of dissenting groups clamoring for attention. In the present posture of public affairs in the Virgin Islands where the masses continue to be gullible, it is very easy to be politically correct. At the time that Governor John P. DeJongh decided to hold the proposed Constitution he was going down the campaign trail seeking to be re-elected. He knew then, as he knows now, that in politics the primary objective is to win.

Pepper Pot – a book full of peppery words – is not the least of the other books written by Liston B. Monsanto, Sr. It is the fifth in a series of books authored by him. And whereas Kalaloo – A Pepper Pot – was at one time the most important and principal meal on New Years Eve (Old Years Night) in the Virgin Islands, and whereas this book (Pepper Pot) is as eclectic as Kalaloo inasmuch as it is made up of stories that are not alike, it has become, without a doubt, good food for the mind. Had it been written by the office of the Inspector General for the public’s review it would have easily been called an audit.