Perpetuating the Memory of a Sportscaster 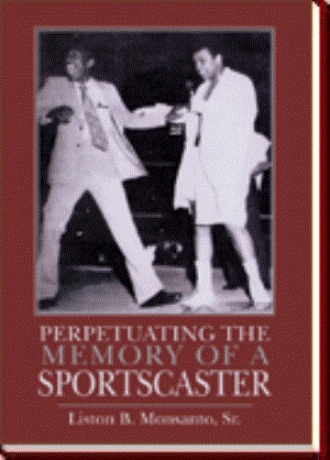 Willie George had died and now Julian had unknowingly sold himself to the devil.  He became indentured to a society suffering from the endemic disease of politics at a time when fighters of lesser ability were making millions of dollars for their efforts in the ring.  Poor Julian, he never got his chance at a big pay day. He was being helped (or so he thought) by a bunch of sciolists who knew nothing about the intricate nature or condition of the sport.   Through all words and no thought, they painted promoter Don King as a man eager for gain, wealth and the like.  This did not square with reality however, for if Don King was as greedy as they painted him, he would have gone to all lengths to market Julian for the millions of dollars that the local know-nothings thought Julian was capable of bringing in as a gate attraction.  As an experienced promoter, Don King had never thought Julian to be marketable.

In brief, “Perpetuating the Memory of a Sportscaster” is the first of its kind written by a Virgin Islander.  It tells of a sportscaster embraced by many and tolerated by others.  Additionally, it tells of that selfsame sportscaster being victimized by envy, jealousy and political finagling in a society where people swallowed up by hypocrisy, pretend to have more knowledge than they really have.

In preparing and writing the book, every precaution was taken in order to minimize digressions while speaking relevant to the point and purpose for the benefit of the living and generations of the future.  Author, Liston Monsanto, Sr., is greatly please to hand down a publication leaving to posterity, the first book ever published by a Virgin Islander exposed to the world of sports.

Unlike most educated and trained writers, Author Liston B. Monsanto, Sr., is not a prolific writer.  Other than this publication, he has written just one book, appropriately entitled, “The Extreme Test” – A book which he believes has given new meaning to the phrase “Man’s Inhumanity to Man”.  Through authentic letters from the oppressed and the oppressors, “the Extreme Test”, speaks directly to the glaring faults in the Virgin Islands Government and the Bureau of Internal Revenue in particular.  It also tells of the author’s defeat of the Virgin Islands Governmental System through Opinion 81-1434 of the Third Circuit Court of Appeals in .

Author, Liston B. Monsanto, Sr., is an erudite sixth generation St. Thomian who believes in putting the protestant ethic to work.  Because of his passionate love for the , he continues to live in with his wife Wilma.