The Movies That Make You Scream! 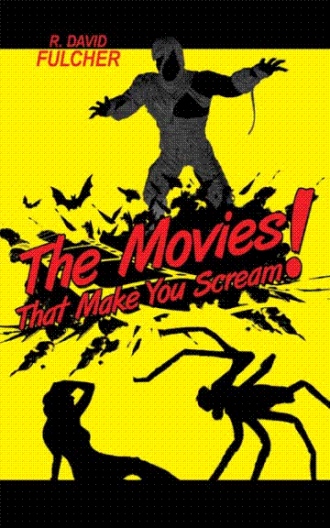 Rose Red is Stephen King's mini-series that makes the most direct attempt of his varied work to tell the story of a haunted house.  In King's nonfiction book on the horror genre, Danse Macabre, King issues high praise for Shirley Jackson's The Haunting of Hill House, and one gets the impression that King has been eager to embrace this subject matter for some time.
Unlike the recently released films The Haunting and The Haunting of Hell House (not to be confused with The Haunting of Hill House), Rose Red does not rely heavily on computer-generated images to scare the viewing audience.  Not surprisingly, King makes the most of the longer mini-series format to provide the audience with a rich history of a fictional manor outside of Seattle and to introduce the viewer to the unusual group of psychics that have been gathered together to explore it.
While the common trappings of the haunted house story include walking corposes, rattling chains, and the occassional door to another dimension, King provides the audience with something altogether more innovative -- a house that rebuilds itself, ever expanding and changing the layout of its rooms.  This goes well with the common concept in horror of the haunted house as a living entity, one whose malignant and ancient personality exerts force over the material world with tangible and often terrifying results.  Rose Red is not simply a vast psychic tape recorder; it is a huge amplifier and shifting landscape for the sad and twisted souls that once lived and breathed within its walls.
King spends adequate time on characterization in Rose Red, from the driven professor leading the expedition who may be more interested in retaining tenure at the university than she is in unlocking the mysteries of the venerable estate to the introverted, hyper-sensitive little girl that may hold the key to Rose Red's secrets, to the widow Ellen Rimbauer who haunts the manor's sliding stairways and musty attic.
King understands that horror works if the viewer or reader can be enticed to suspend their disbelief.  More than any other genre, horror places a tremendous burden on the rational reader, and King makes sure that the viewer/reader is rewarded by being introduced to an array of compelling characters before being pulled down into "the dark void."
Although not the greatest ghost story ever told, Rose Red represents an almost necessary development for King, one which his body of work would appear incomplete without.  While arguably the Overlook Hotel in The Shining is simply a larger form of the haunted house, the emphasis in The Shining is on the father's descent into madness more than the hotel itself.  In Rose Red, the manor itself is the main driver of the homicidal impulse.
If nothing else, King, such an avid fan of Peter Straub's Ghost Story and Shirley Jackson's The Haunting of Hill House, had to add one more haunted edifice to an already crowded landscape.  Developing relatively lately in King's career, one gets the sense that the ideas behind Rose Red, like the ever-changing manor itself, had been growing in King's mind for many years.

From the beginning, mankind has known fear.  Lightning forked through the sky and thunder boomed down from the heavens--terrible and incomprehensible events to ancient man.  A myriad of viruses and diseases, now identifiable and treatable by modern medicine, caused people to drop dead suddenly for no reason, and predators prowled the dark forests and thinned the human tribes of the prehistoric era.

Our genetic history has carried the primordial impulse for fear forward into modern times.  Who, even in these high-tech times, doesn't hold their breath when the electricity suddenly goes out?  Who doesn't wonder at the strange creaks and groans that sound at midnight as an old house settles into the earth?  It is this instinct to fear, with all of its biological side effects--goose bumps, rapid breathing, hair standing on end--that makes horror work in film and literature.

This book looks at a number of adaptations of the written works of Stephen King brought to the big screen and the pressure points in the human psyche that in my opinion makes these movies so successful in their efforts to make us very, very afraid.  Finally, a number of horror movie reviews I have written over the years are provided as well as a short original piece of horror fiction for your enjoyment.

R. David Fulcher is an author of horror, science fiction, fantasy and poetry.  His first novel, a historical drama set in World War II entitled Trains to Nowhere, and his second and third books, a collection of fantasy and science fiction short stories called Blood Spiders and Dark Moon and another collection of fantasy and science fiction short stories entitled The Cemetery of Hearts, are all available from www.authorhouse.com and www.amazon.com.  His work has appeared in numerous small press publications including Lovecraft’s Mystery Magazine, Black Satellite, The Martian Wave, Burning Sky, Shadowlands, Twilight Showcase, Heliocentric Net, Gateways, Weird Times, Freaky Frights and the anthology Silken Ropes.  His passion for the written word has also inspired him to edit and publish the literary magazine Samsara, located online at www.samsaramagazine.net, which has showcased the work of writers and poets for over a decade.
R. David Fulcher resides in , with his wife Lisa, a native of Stony Brook, , and their five cats Lucifer, Whistler, Whisper, Missy and Inky.