A Workbook of Story Ideas for Writers 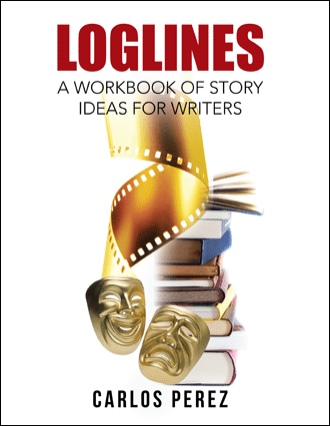 Contained within this book are 25 story ideas and five writing exercises to help you in your quest to create and get a story down on paper. Consider them just jump off points for your writing. The book has been set up with loglines, which, for those of you unfamiliar with screenwriting, are one sentence descriptions of your story. Normally it names the protagonist and what the protagonist wants or wishes to achieve. An example might be along the lines of the following as a possible logline for The Wizard of Oz. A Kansas tornado carries a spirited farm girl to a fantastic land of talking scarecrows and evil witches and the only way for her to return home is to fulfill a dangerous mission assigned to her by a frightening wizard known only as the great and powerful Oz. Loglines are often employed to gain the attention of producers as teasers to get them to either read the synopsis, or treatment, or hopefully, the full script. The loglines in this book are designed to be teasers for your own writing and to get you started in the writing process. A blank page is provided with each logline to allow you to expand upon the idea or use it as a spring board for your own concept. After that section is an extended version of these loglines, to give you an idea of what I was thinking when I came up with them and how I might expand on them myself. Once again, they’re only a guide into the process of writing; it’s up to you, the writer, to bring them to life.. 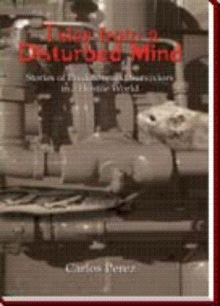 Loglines: A Workbook of Story Ideas for Writers by Carlos Perez is a how-to text for the beginning writer and the professional alike. It’s filled with story ideas as starters for the creative process of writing, along with having several writing exercises that Mr. Perez often uses in his writing classes and workshops. The text is useful for anyone experiencing writer’s block—whether it’s the solo writer, the classroom student, or a member of a writers group. The ideas in the workbook are the beginnings of what could be a complete manuscript, depending on the writer. Mr. Perez has offered a number of skeletons looking for complete bodies to bring them to life, and it’s up to the reader to do just that. The blank pages included with each idea are there to allow the reader/writer the opportunity to play with the idea to make their version of the story whole.

Carlos Perez has a M.A. in English from the University of Missouri—Kansas City (a professional writing degree in playwriting and screenwriting) and a B.F.A. in Speech and Theatre from Avila University. He was a full-time tenured college professor for 13 years, teaching English, theater, public speaking, and creative writing. Besides being a freelance writer, he’s also an adjunct college instructor, teaching screenwriting, English, and public speaking. His recognized stage plays include Caught Between Two Worlds, published by Dramatic Publishing and Folktales for Fun, published by Pioneer Drama Service, Inc. Carlos’ latest stage play In Hyding, an adaptation of the novel Dr. Jekyll and Mr. Hyde, recently received a staged reading at the Monster Box Theater in Waterford, Michigan, while his original play Cleansing Acts placed in the 2015 William Faulkner Literary Competition. A full production Cleansing Acts premiered at the 2013 LaBute New Theatre Festival in St. Louis, Missouri by the St. Louis Actors’ Studio, and was named winner of the Riverfront Times newspaper’s Best of 2013 Stage Plays. Also, his one act stage play Two Good Reasons placed second the 2016 William Faulkner Literary Awards, giving him two years in a row of success for that competition. His fiction has been published in Potpourri, Midwest Medical Ethics, Prism, Imagine This!, Number One, and The Ecphorizer. Carlos’ eight produced screenplays as a writer-for-hire include: 666 The Ritual, Don’t Go in the Cellar, Monster: The Prehistoric Project, and Vamps and the City. His short story The Carpet recently appeared in Penny, a literary e-zine that’s now gone into print. His published short story collections include: Tales from a Disturbed Mind, School Days, and 24 Tales to Pass the Time, along with his adult oriented novella, Playland, a modern morality tale of a young married man who goes astray with disastrous results.