Tales from a Disturbed Mind

Stories of Predators and Survivors in a Hostile World 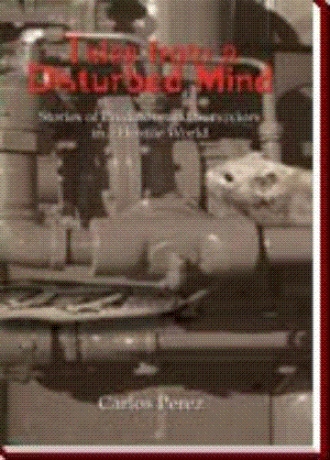 Once inside the house, he sat down. His hands trembled and his head ached. He pulled out his pack of Camels and searched the coffee table for a lighter. Unable to find the lighter, he rummaged through the pockets of a pair of tan slacks that lay on the couch. He pulled out a pack of matches. He lit a cigarette and stuffed the matches into his jeans, then lay back in his green recliner. Closing his eyes for a moment, he took a deep drag off the cigarette and allowed it to calm him down. His doctor told him that whenever the anxiety came on, he had to slow down and take deep breaths. Of course, the doctor never mentioned the cigarettes. Gregory glanced up at the ceiling and noticed two tiny black spiders crawling to a corner of the living room.

“No!” he shouted. And he rushed to the basement closet, pulled out a broom, and swept at the ceiling. The spiders darted in different directions from the broom.

“Get down!” Gregory swept harder and more frantically, but the spiders slipped away into a crack in the wall and disappeared into darkness.

He threw down the broom and walked to the bathroom. He felt dirty and needed a bath. His skin felt tingly, as if something were crawling on it.

He tossed the cigarette at the sink; it bounced off the porcelain side, ending up in the small trashcan against the wall. Gregory started the bath water, carefully searching the bathroom for spiders before dumping his clothes in a heap by the toilet. The hot clear water felt good--clean. He ducked his head under the water. That’s better, he thought. Steam rose from the water as he lay back in the tub.

The sensation started subtly at first, like a feather gently touching his arm, then increased to the steady tingle he’d felt before. Gregory wiped the washcloth along his arm. A small black spider fell into the water and floated beside him. He jumped up and splashed the water several times with his feet.

Jesus, he thought. Where is it? I know it was there. Where the hell are they coming from? Gregory reached for the towel then froze perfectly still.

“My God.” The bathroom walls were now coated with thick milky strands of webbing. Gregory’s hands shook. He had to understand what was happening. He grabbed for his jeans, but webbing coated them as well. He darted into the living room to find the pants he’d left on the couch. They too were covered with the milky substance.

He ran to the front door but stopped. Two spiders the size of small bulldogs lay at the bottom corners of the door. They looked like guard dogs at the gate of an arachnid hell. Smaller spiders scooted along the top of the doorway and across the rug.

Gregory rubbed his hands along his arms and face, and through his blond hair. His skin tingled all over. They were on him. He knew it. He tried to clear his head but couldn’t think.

“Leave me alone. What do you want?” he shouted.

Josephine’s words surfaced. “I know what you want. I know what all boys want.”

He crept to the front door and reached for the knob. The two guards scurried to his hand and raised their furry legs toward him. Gregory recoiled his hand and backed away. Got to think, he thought, as he tried to stifle the low terrifying whine now emerging from his throat. 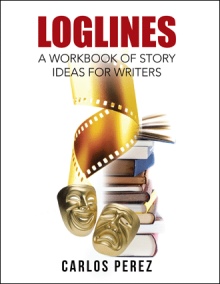 Tales from a Disturbed Mind—Stories of Predators and Survivors in a Hostile World is a roller coaster ride of various short stories exploring the predatory nature of our human existence and how one survives in such a hostile world. The predators in these stories range from the urban street life that threatens the security of a very creative child in "The Importance of Superheroes," to "Enid's Pet," in which a man eating carpet puts a human leech in his proper place. In Tales from a Disturbed Mind the sense of reality in many of the stories often shifts to the point that it’s difficult to know just what is real within the minds of the characters. These stories pull you into a world where there are no boundaries between the real and the imagined--where the irrational becomes the rational and nightmares become reality. After all, sometimes insanity may be the only way to truly survive. To experience what it might be like to have a psychotic break, pick up and read Tales from a Disturbed Mind.

Carlos Perez has a Master’s in English from the University of Missouri-Kansas City. His fiction has been published in a number of journals such as Midwest Medical Ethics, Potpourri, The Ecphorizer and Prism. His play Folktales for Fun—Multicultural Plays for Young People was recently published by Pioneer Drama Service. He has also been commissioned a number of times to write plays for other organizations. His play Visions in Amber placed in the Stage Category of the 1996 Writer’s Digest writing competition and in the Latino Division of the 2000 Southwest Festival of New Plays. Mr. Perez’s screenplay Strays helped to make him a finalist in the 1998 Chesterfield Writer’s Film Project competition and a quarter finalist in the 1998 Maui Screenwriters competition. He currently is a tenured instructor at Maple Woods Community College in Kansas City, Missouri where he teaches creative writing, theatre and speech.