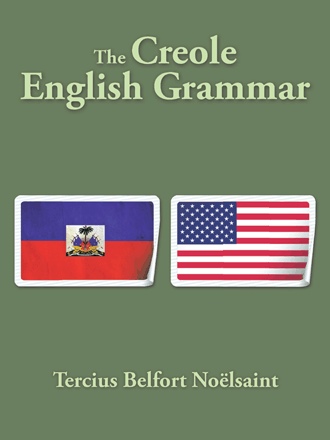 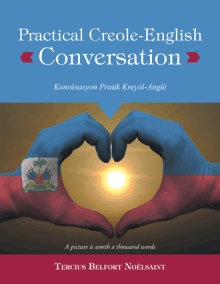 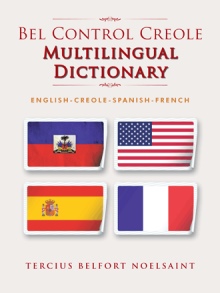 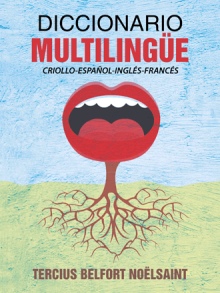 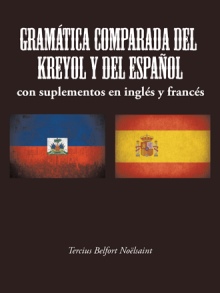 The Creole-English Grammar (it is written in the book Kreyòl) is one of a series of Bèl Kontwòl kreyòl books designed to teach or learn the Haitian French-based but African-rooted Creole language by taking control of it and by comparing it with other languages, namely English, Spanish, and French, among others. Nowadays, speaking only one language is not enough in this era of globalization.

The author was born in Gros-Morne, Haiti, on May 20, 1956. He made his primary studies with the Haitian nuns of St. Therese of the Child Jesus, his secondary studies at Nouveau College Moderne of Gros-Morne, and at Juvénat College of the Sacred Heart in Port-au-Prince. He has a Master’s degree in Education (Instructional Design and Technology of Education) from Sacred Heart University of Puerto Rico and a Bachelor’s degree in Accounting from the Pontifical Catholic University of Puerto Rico. His final work as a requisite of graduation for the master’s degree was on the Haitian Creole (A Manual for Learning the Haitian Creole). He has been teaching at elementary, high school, and university levels in Haiti and abroad. He taught French at the Alliance Française (Ponce, Puerto Rico), French and Creole at the University of Puerto Rico (Division of Continuing Education), and Creole language at Florida International University (for two years, 2007–2009). Also, he is an ex-employee of the Consulate General of Haiti in Puerto Rico and an ex-member of several religious and pro-Haiti nonprofit organizations. He speaks, reads, and writes the Haitian Creole, French, Spanish, and English. Besides the Creole book series, other publications of the author include Haiti, Mito y Realidad; Haiti: Grandeza, Decadencia y Futuro (unpublished); and the Religious Bilingual Agenda and Information, among others. He is also poet, musician, and songwriter. (Listen in Google Play the CD of the Gospel GPS Group: Men mwen zanmi kote ou ye, released in December 2013. Most of the songs are in background in the CD of the Creole conversations.)