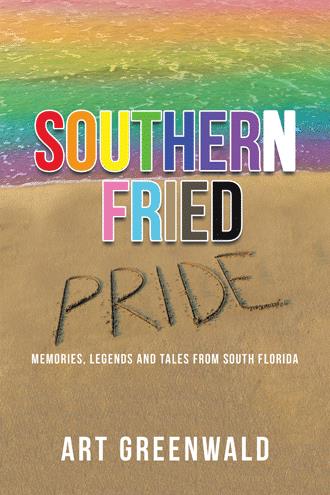 A playground of the times, for the times and about the times, Fort Lauderdale's Club Copa, the last of a breed reminiscent of the untamed hedonism of the late 1970's 1980's and beyond, still captivates imaginations and inspires awe long after its demise. If you were there as I was, (a frequent attendee and security/door guy) and are still alive, the memories stay lodged into the brain, hardly dimmed by the years. If you weren't, the stories, the people, the personalities, and the celebrities who graced the most notorious gay discotheque in the South will seem other worldly. But the recollections remain real, stripped of all mythology where most anything went at this South Florida pleasure palace that assumed an almost cult-like following with a strong Studio 54 feel to it, albeit a toned-down version. Though largely catering to a gay clientele, the club drew young and old of all sexual persuasions attracted to the magical vibe, the escapism and the high octane energy that crackled and popped nightly at the Copa. Caught in the gravitational pull of a decadent era of freewheeling sex and rampant drug use, The Copa occasionally crossed the line of legal propriety, though small potatoes, busted on a petty overexposure charge and raided, however unjustly in 1991, liquor license suspended after a staged, circus-like event by an overzealous, gay-targeting, power and publicity-starved, politically driven sheriff. It was a moment when gays had few rights and could only congregate in bars without threat, where one felt a deep and abiding sense of community, camaraderie, inclusion and togetherness. No longer were gays forced to tiptoe around like thieves in dark alleys, parks and abandoned buildings to meet up. For South Florida gays, some heterosexuals, visiting snowbirds and international tourists alike, the Copa stood as the quintessential party place, a happy hunting ground and the safest of havens for coming out, hip and edgy, satisfying primal appetites and excesses swirling in a tornado of raw sexuality that permeated. It remains a monument to an almost unfettered freedom to be who you are, the common connecting thread. Overflowing crowds poured in and out nightly, dancing to disco's best, drinking, socializing, lusting, flirting, posing, cruising, having fun, looking for love, whatever. The Copa had it all, flamboyance, style, glitz, glamour, sex appeal and class. The sensory delights and the eye-candy were orgasmic. Those were the days my friend, we thought they' d never end, song lyrics easily applied. One cannot look back at those days without a sense of longing and nostalgia. "It was a magical, heart-pounding, fun time to be young, gay, straight and in-between," says Vinyl from disco.com. "The Copa could be extremely wild and dangerous, like a scary Roller-coaster that thrilled you to death!" "Fun to the tenth degree, friends that were so special, dancing to the best recordings, best DJ's and best lighting," adds Troy. Crystal could not contain her enthusiasm. "There will never be a time nor a place like the Copa. We are truly blessed to have been able to experience the life and times of this place. It was another world. And not at all what people thought it was about. It was about the gay community, coming together in celebration on a regular basis, and knowing that you were special and BELONGED. It was OK to just be and not have to look over your shoulder and be judged. So much freedom. I will never get that feeling again." Initially the Copa began as the Flying Machine in the early 70's catering to a mixed crowd, mostly straight, located in unincorporated Broward County, north of the Fort Lauderdale-Hollywood airport near Port Everglades off South Federal highway on SE 28th street, until then partners John Castelli (now a successful and respected real estate magnate in Wilton Manors) and dashingly handsome Bill Bastiansen, known as Sweet William, now deceased) took full control and transformed it into The Copa in 1976, the land of Oz, our Shangri-La. ---- I first moved to Fort Lauderdale in January 1980. While I was living in Central Pa. in a small, rural town with almost no open gay life to speak of back then, I frequently headed 100 miles west on Route 22 to Pittsburgh for the gay bars and clubs nearly every weekend. There I met a Pittsburgher named Chuck (A different Chuck from the one in the previous story, "The Thrill Is Gone,") and we became fast friends. Whenever visiting, I stayed at his place, hung out with him and went bar-hopping Friday and Saturday. He moved to Lauderdale around 1978, 79' and we stayed close in touch. Chuck tried his best to persuade me to move also and was persistent. "Art, you wouldn't believe how hot it is down here, he'd say ( He wasn't referring to the weather) and how much fun and free it is to be gay. He spoke passionately about this club called The Copa that he had gotten work at, a place that defied the imagination. It was December 1979 during the heart of a brutal and frigid winter and I had just gotten laid off from my newspaper job as the company closed for business and I thought, okay what the hell! Take a risk!! Go for it! I was just a pup, only 25 and a lot of life to live. Besides I had some family in Lauderdale and knew of it from Spring Break and Connie Francis' s "Where the Boys Are." So, with 800 dollars in my pocket I got into my rusted 1965 Dodge Dart clunker with barely working brakes and several other malfunctions that only passed quick inspection because I knew the family well who owned the gas station that conducted inspections and they took good care of me. Seriously I don't know how I made it through the icy and snowy-packed, slick Northern roads and highways to Fla., brakes working intermittently and only with constant pumping them, slipping and sliding frequently, swerving and losing control. 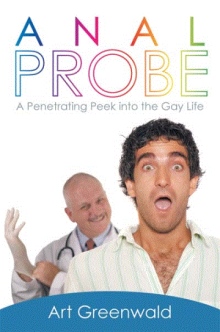 In Southern Fried Pride, writer and journalist Art Greenwald shares his “best of,” a collected works of comical, serious and sometimes bittersweet essays, in-depth features and thought-provoking interviews. Part autobiographical, the ex-Pennsylvanian showcases some of the legends, personalities, places and events that have transformed South Florida into a thrilling, thriving, and vibrant gay mecca. Greenwald serves up a mixed bag of stories, first chronicling his life in “Tales from the Gayborhood.” He reveals his hormone-drenched player days in the ever-changing gay club scene while coping with aging in a youth-centric culture. He takes readers on a wild, nostalgic trip with his candid Club Copa confessional and tribute to a bygone era. Toss in an endless love story among friends, a horrifying dance with death at a stripper bar, a cocaine addict’s struggle to stay clean, and a famed collector with his lifelong love and devotion for Judy Garland. The author also profiles community activists and leaders who have carved out powerful legacies, making a difference and inspiring pride with their courage, sacrifice, and perseverance. Greenwald additionally pens his chaotic struggle for the self-acceptance of his sexuality from his time in his native Altoona, Pennsylvania, through his college days at Penn State, and then, as he finally settles in Fort Lauderdale, Florida. His opinion pieces and gay-intensive quotes tackle taboo topics with straight, in-your-face honesty, shattering stereotypes while exposing rank hypocrisy. Reading his quirky, tongue-in-cheek pieces will sometimes lighten your daily load, and other times provoke you, but will always invigorate you. Southern Fried Pride will leave both gay and straight readers laughing, smiling, feeling nostalgic and occasionally sad, though hopefully with a more humane understanding of the gay experience and its joys, triumphs, heartbreaks, and struggles.

A writer and journalist for four decades plus, Art Greenwald launched his career covering sports at 16 for the Pittsburgh Press and for his hometown newspaper, the Altoona Mirror. As a Penn State University student he earned national awards for his feature and humor articles. Greenwald profiled such prominent figures as Howard Cosell, Roger Kahn, David Frost, Marcel Marceau, Betty Friedan, Ellen Burstyn, Jerry Rubin, Bruce Springsteen, Mike Reid, Edward Villella and Ralph Nader among others. He also worked as a newsman, sports director and hosted his own AM Top 40 radio show at 18. After graduating, armed with a B.A. in journalism, he wrote on the Baltimore Orioles of the late 1970's and subsequently became editor, columnist and feature writer for a Pennsylvania weekly. His "Works of Art" column garnered national acclaim, a frank and insightful take on significant issues, personalities and newsmakers, local, regional and national. Greenwald has since written eclectically for a number of niche magazines and newspapers while both a news and feature editor for Florida publications. His humor, profiles, op-ed, Q&A's, features and hard-hitting news accounts have appeared in over 40 publications nationwide. The author also holds a Masters of Science Degree with honors in Counseling Psychology from Nova Southeastern University and has served as an addictions, mental health and family and couples counselor in Florida from the 1990's and on into the "2000s." Southern Fried Pride is his second book. Art Greenwald can be reached at nittanylionart@gmail.com.