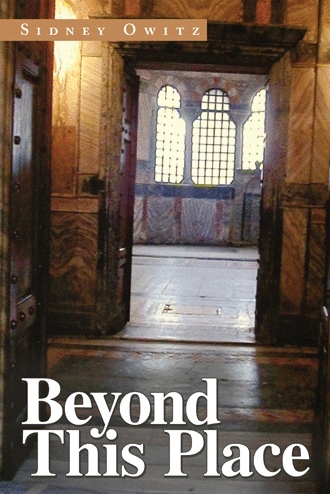 CHILDHOOD MEMORIES Why should anyone be interested in my childhood memories? Everyone has his or her own which are far more relevant to him or to her. Yet I feel that I should record mine before they become vaguer in my mind, before they are lost forever. They say that as you get older your memory begins to fade. Let me put them down before they disappear. This way my memories will out-live me! The sounds and the smells and the visual remembrances when I was a child remain clear in my brain, yet I cannot remember what I had for breakfast this morning or the name of my partner at tennis yesterday morning. Memories sometimes lie. If you were told something a long time ago by someone else you sometimes remember it as though you experienced it yourself – just a slight error caused by those complicated brain chemicals. I also know that when my children tell stories about their growing up their memories are somewhat different from what I remember to have occurred. I always feel that their interpretation is incorrect, that they have embellished fact and fancy – and they think that I have it all wrong. I think that children have a tendency to color their memories while being unaware that they are doing so. However, this is what I remember – and let us see if you can prove me wrong! For the first ten years of my life we lived in a house next to a railway station on a busy line that ran from Randfontein to Springs. It was the extent of the Witwatersrand (White Waters Ridge), the largest gold reef in the world which since then has been found to be even longer, taking a swing to the south from the Transvaal in to the Orange Free State. The Durban train also sped past my house every day, there and back. During rush hours this train station was a hive of activity with English, Afrikaans and Bantu languages from every corner of Southern Africa filling the air. It was like a melting pot. The gold mines employed workers from as far afield as Central Africa. There were odors emanating from their food containers and the weeds that they smoked and the potions that they drank. Some of them drank an illegal brew called ‘skokiaan’ which had a distinctive odor to it, once smelled, never to be forgotten. Their blankets and bodies emitted waves of foreign smells that tested the olfactory nerves. The sounds of crying children added to the cacophony while hordes of people were running past our front door in an effort to get on to the train before it departed. There was always a clash of those trying to get on to the train with those disembarking. There seemed to be a shortage of good manners. After the train left we witnessed the slower ambling gait of the arrivals. These sounds from the station, and sometimes the odors too, would penetrate the windows of our home on the days that we left them open – remember, we had no air conditioning in those days, so we had to leave them open to get a breeze; somehow, the odors would insinuate themselves into the house even if the doors and windows were shut! Above all the tumult one could still hear the belching noises of the engines, the multi-lingual announcements by the conductors and the piercing whistles notifying their departures. It sometimes felt that we were living right on the train station. All this time I was supposed to be doing my homework or studying for an examination. However, you can even get used to this! Yes, on a Sunday or public holiday there were fewer trains and smaller crowds. All was quiet and empty – there seemed to be something missing. The trains continued running all day and night, rattling and screeching with high-pitched whistles blowing, and all the time emitting huge wafts of unhealthy smoke from their coal-driven engines. Our window sills would be covered in soot –our furniture, too - when we did not shut the windows. Our lungs were probably filled with coal dust. Today health authorities would more than likely declare that residing under those circumstances would be a health hazard. Even though ours was not a malaria-endemic area my brother, who had never left our neighborhood, developed malaria, supposedly from mosquitoes brought in by the trains. We learnt to sleep through the loud sounds of the night, although any guests who spent the night in our home had great difficulties in falling asleep. They always questioned us as to how we were able to sleep but, apparently, we learnt the art through adversity.

“Beyond this Place” consists of a collection of essays involving episodes of the past from a different world which seems so remote today. It includes memories of the author’s childhood and some experiences that he encountered during his medical training and career. There is also a historical perspective of people and events that have affected the lives of those who came after them, including diverse subjects ranging from the Bible to Jewish pirates and false Messiahs.

Sidney Owitz was born in Johannesburg, South Africa where he received his education. He graduated as a physician at the University of Cape Town. Having practiced Medicine there for many years he re-located to the United States, where he became an anesthesiologist. He is married and has four children and five grandchildren, and now lives in Florida with his family.