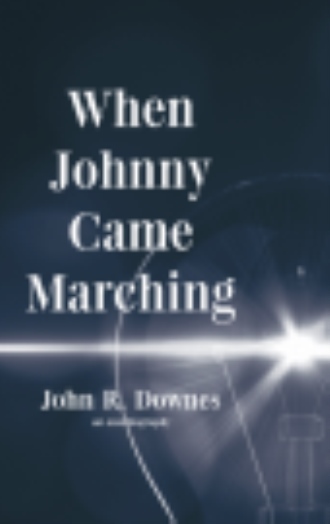 The irreplaceable and extremely valuable amusement park ride had been hand-carved by the Danish wood-carver, Charles Looff, who’d built several others, including Coney Island‘s. It had been taken apart and moved by the City of Spokane from Natatorium Park after it closed. Since 1909, the Carrousel had been ridden by millions of riders. The Spokane Park Department didn’t have $40,000 to purchase it… plus more for restoration and siting. It languished in the warehouse, rusting away. Johnny made an appointment with Bill Fearn, Spokane’s long-time Park Director, and presented his promotional scheme to Save the Carrousel. They shook hands on it, without going to the Park Board and the City Council. DS&O made the pact part of its presentation, along with six other original promotion ideas and a new slogan, to become Northtown Shopping Center’s advertising agency. It had one of the largest retail advertising budgets in the region. Johnny’s agency won the account. It caused a huge outpour of dismay and wonder throughout Spokane’s advertising community. David vs. Goliath was the general theme of the gossip. How could the new guys come in and capture such a high profile account, they asked? Just like they’d done with Utter, URM, Darigold, and Dr. Jekyll’s & Mr. Hyde’s… right out from under their noses, too. Didn’t experience matter?.. blah blah blah. The media fawned and feigned tribute. DS&O knew the jealous rivals would have to wait and see… again. The advertising agency business was truly cutthroat. Twenty-five bankers, including Bob Vandegrift, two senior vice-presidents, and the chosen managers and staff for Manufacturers Hanover Bank’s newest product-in-the-making sat around the long, highly-polished table in the ballroom-sized conference room. The location was the loan headquarters building on Long Island, New York. Vandegrift had sent Johnny a check for $5,000, plus travel expenses, for the 3-day meeting. “There are three different ways Wheelease can be structured,” Johnny told them during the first day’s afternoon session. “…from the point-of-view of the lease customer… the dealership… or Manufacturers Hanover. If you put it together based only on what‘s best for the bank, it won’t succeed, but instead will linger on the shelf, seldom used, like General Electric Credit Auto Lease (GECAL) and its copy-cats. You’ll be wasting your time.” Naturally, consternation arose, but Johnny knew he had plenty of time to make his case. Moreover, he was the guest speaker, and they were all there to listen to him. Captive-audience couldn’t be better-defined. Bob Vandegrift gave him a big give ’em hell grin from the other end of the table. Johnny was able to tell the assembled MBA’s what Vandegrift couldn’t. Why? Johnny was “the expert from out-of-town.” That was the irony about expertise. The farther away it came from, the more credible it was. In the Western United States, it was popularly assumed that all the experts resided in New York. The tables were turned. New York brought in someone from the West Coast, Spokane, Washington, for the straight scoop. Same could be said for the Peugeot Lease Program that Johnny put together. Peugeot Motors of America, a French automobile manufacturer, was based in New Jersey, but trekked to Johnny’s Paulsen Building office in Spokane, Washington for the expertise they sought, then hired him to provide it. Susan was the only girl he’d dated, from college days on, who was impressed that his career goal was to become an author. She believed they’d eventually reside on Scotland’s coastline and cash royalty checks from publishers. Conversely, the first question college girls commonly asked their dates was, “What’s your major?” Even the ugliest boys strolled around campus with Miss America types, who were attracted by their boyfriends’ majors -- Pre-Med, Pre-Law, Pre-Dental, and Engineering. Johnny could have easily lied. 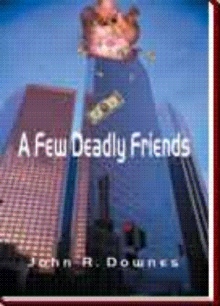 What about those who'd drowned in the convoy since midnight? They were dead... their dreams quashed by a devastating event. Poof! Gone! One minute breathing... the next not. What about loved ones who were awaiting their arrival in America? Their dreams were quashed, too, weren't they? How were the dead ones chosen? And the survivors? Some would say it was their destiny, the work of an omniscient God. Surely, purpose and meaning mattered, though, or why would God even cause their existence to occur, if only to end for some in such a questionable and unfathomable fate? Those other ships were sunk by German U-boat torpedoes, but not Johnny's? No one was given a choice... yet, he survived to write this autobiography.

John R. Downes is the author of seven books. Four non-fiction titles are: The Power of Persuasion, NonConfrontation Selling, Try Not to Think of an Orange, and The Treasure of the Neighborhoods. Three novels include: A Few Deadly Friends, Orphans Song, and The Brother & Sister Act. He is currently writing his fourth novel, a tale of sabotage and espionage against the Norden bombsight testing, and an assassination attempt on FDR during WWII. He resides in Spokane, Washington.