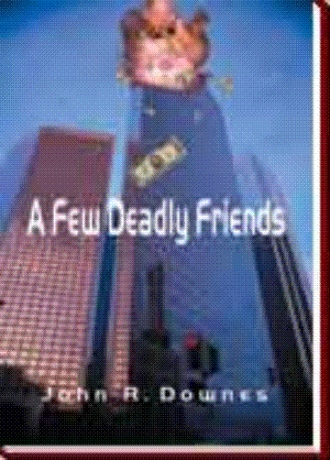 'You don't know what risk means, ' said Alex.
'There's degrees of risk,' said Sean. 'What's your definition?'
'Something dangerous,' answered Alex. 'Big. Exciting. Risk can cause you to lose everything.
'Define the ultimate risk,' said Sean, 'one that has all your requirements.'
'Committing a perfect crime,' said Alex.
'What kind of crime?' asked Sean.
'Something major. Murder, espionage, blowing up the airport, something that would have law enforcement agencies running around in circles with the perpetrator right under their noses and never being discovered. What a hoot.'
'A crime has many ingredients,' said Sean. 'Each must be perfect. Mastermind criminals have been trying for centuries. Most end up in the penitentiary or the gas chamber.'
'That's it,' said Alex.
'What is?' asked Victor.
'The gas chamber, electric chair, hangman's noose, firing squad,' replied Alex. 'Die if you screw up.'
'Are you serious?' asked Victor.
'The ones in jail or on death row have to be real dummies,' said Alex. 'If they approached their crimes with the same care and dedication that a builder does, their plan wouldn't allow them to fail. Ingenious plan plus great execution equals perfect crime.'

'You're a planner and a genius,' said Sean. 'Most criminals aren't both. All of them plan crimes with the fervent belief they won't be caught? But, they have a partner to help them. Or they tell someone. Therein lies the mistake.'

'What mistake?' asked Crystal.
'Someone else knowing,' said Sean. 'The most common flaw in what would otherwise be a perfect crime is someone other than the perpetrator knowing about it.'
'Maybe the most perfect crime,' said Johnny, 'is one where you killed yourself, and no one discovered you were dead.'
Everyone laughed.
'Glad you're feeling better, Johnny,' said Crystal.
Alex glared at her.

'Every person contemplates criminal acts,' said Sean. 'Major or minor. Many do what they believe they can get away with. I hear it all the time from suspects being questioned. Each of us has the capability to commit crimes, but the fear of getting caught is the big stopper. Some are better than others at resisting their criminal bent.'

'The straight arrows,' said Victor.
'Eve didn't believe that God would find out,' said Crystal.
'Would the crime rate go up or go down if people knew they wouldn't get caught?' asked Sean.
'Fools get caught,' said Alex. 'They're idiots.'
'If separately, each of us committed a perfect crime, we wouldn't have the satisfaction of being able to tell each other about it,' said Sean.
'Some of us may have already committed a perfect crime,' said Johnny, 'and we haven't been caught because we haven't told anyone.'
'What about the victim?' asked Sean. 'He knows.'
'Not if he's dead,' said Alex. 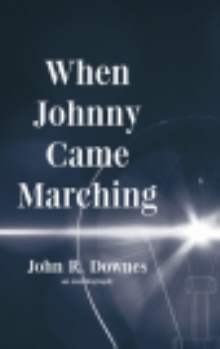 Three best friends vow to commit a major perfect crime when they grow up, for no other reason than to see if they can get away with it. It will ultimately lead to several murders -- including some of their own. The Hollywood Hills is the site of this tale of mobsters, high-stakes gambling, embezzlement, betrayal, and murder.

John R. Downes is the author of seven books. Four non-fiction titles are: The Power of Persuasion, NonConfrontation Selling, Try Not to Think of an Orange, and The Treasurer of the Neighborhoods. Three novels include: A Few Deadly Friends, Orphans Song, and The Brother & Sister Act. His is currently writing his fourth novel, a tale of sabotage and espionage against the Norden bombsight testing, and an assassination attempt on FDR during WWII. He resides in Spokane, Washington