Brains Ought Not to Be Overworked

Book II of The Chronicles of Jupiter (a trilogy) 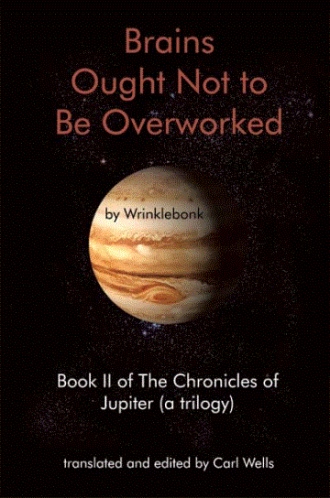 This is Book II of The Chronicles of Jupiter.  Book I was War On Jupiter, by Lieutenant Nublander.  As War On Jupiter was Lieutenant Nublander’s first book, Brains Ought Not to Be Overworked is Wrinklebonk’s first book.  Nublander, however, had been a struggling author for some time, before War On Jupiter was published.  Wrinklebonk, as you will see, never expected to be a writer, and stumbled into the writing of the book as he explains near the end of Brains.  Both books were mammoth best sellers on Jupiter.  Both books are non-fiction.

Some of the characters in War On Jupiter reappear in Brains Ought Not to Be Overworked.  However, the books can be read independently, without overwhelming inconvenience.  There is no necessity to read War On Jupiter before reading Brains.  Hopefully reading Brains will encourage you to want to read the first book in the trilogy.

If my health and life continue to hold out, I hope to publish Book III of The Chronicles of Jupiter:  Final War On Jupiter.  (The translating and editing are already complete.)  The books are considered a trilogy on Jupiter, despite the fact that they have three different authors.

The terms of my contract require that I keep secret the details concerning how I came into possession of these three books.  I can say that apparently I was chosen as translator partly because of my natural aptitude for understanding foreign languages.

Given the benefit of intense and patient tutoring—again, I can not reveal the precise source of my tutoring—I have found that the Jupiterian language offers no insuperable difficulties to the linguist of ordinary, modest abilities.  The one problem that sometimes crops up, is trying to make the idiom of a foreign language—so foreign as to be from another planet—comprehendible to American ears.  If sometimes a phrase has a strangely American ring to it, it will be because I am trying to be accessible to my American readers.  Whenever flaws of phrasing occur, they must be attributed to me rather than to Wrinklebonk.

As in the previous book, I have given English names to the names of Jupiterian months, so that the American reader can have a sense of the seasons of the year in which these various events take place.  I have taken the same liberty with the days of the week. 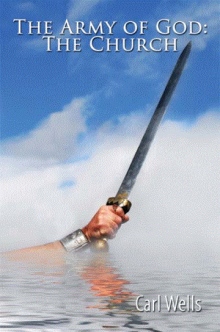 Financing the Vast Expanse of the Kingdom of God
Carl Wells
£7.99 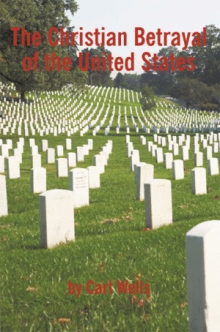 The Christian Betrayal of the United States
Carl Wells
£12.49

“What a great book!”

Brains Ought Not to Be Overworked, by Wrinklebonk, is Book II of the Chronicles of Jupiter. The three books of the Chronicles are written by three different authors, but are considered a trilogy on Jupiter, because they cover similar topics during one relatively short period of Jupitenan history, and include some recurring characters.

Some of the events of this book took place during Wrinkiebonk’s employment with the Ramosan Department of Foreign Trade. His memoir Brains Ought Not to Be Overworked, is his first book. It was a worldwide best seller on his home planet.

Book I of the Chronicles of Jupiter is War On Jupiter, by Lieutenant Nublander. It also was a best seller on Jupiter, and is available in an American edition.

The concluding book of the trilogy, Final War On Jupiter, has already been edited for an American audience, and has been translated into English. It should be appearing soon.