Historical Observations Before, During and After the Fact 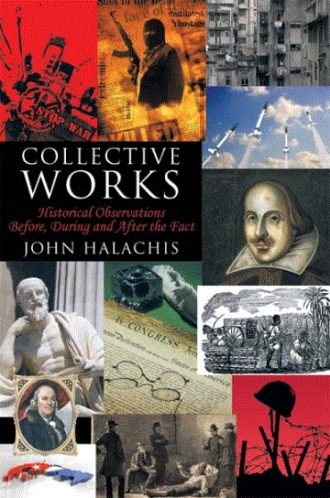 The Not So Strange Death of Silas Deane

Historian Julian Boyd's chronicle of a segment of the life of an eighteenth century American diplomat accused of treasonous espionage, as analyzed by Davidson and Lytle's essay, "The Strange Death of Silas Deane," should be given the status of a classic spy thriller and as a selected text for schools of espionage.

The author's account about the mysterious death of one of America's first diplomats assigned to France have cleverly weaved their case into a compelling short essay that unwittingly transforms the reader into an armchair Sherlock Holmes.  Quickly, I found myself jumping ahead in the author's version of perhaps what could have easily been an Agatha Christie "who done it?" featuring a star studded cast of Benjamin Franklin, Thomas Jefferson, Silas Deane a former professor turned diplomat, and Doctor Edward Bancroft a notorious international entrepreneur.  I wanted to offer an abundance of theories with corresponding solutions to the Silas Deane mystery; to wit, did he or did he not take his own life?  Or, more to the point, come clean Dr. Bancroft, you assassin!

In Davidson and Lytle's essay the reader can hardly escape challenging the role, the true role, of Dr. Edward Bancroft, a widely traveled man with many talents, such as chemist, author, and historian.  As an American living in London he developed  unusual and unique ties to upper echelons of British society.  Not to be overlooked, Dr. Bancroft had close ties with prominent personages such as Benjamin Franklin and Thomas Jefferson.  Davidson and Lytle's text provides sufficient modules of evidence to suspect that Dr. Edward Bancroft was a double agent serving the United States and England, with additional reason to believe that each country knew it and encouraged it.

Because of these relationships, and the potential for duplicity inherent in double agent roles, I believe there is a need to reexamine the entire cast, in particular, the relationship between Bancroft and Silas Deane while Deane served as Deputy Charge d'affaires to Benjamin Franklin in the American Mission in Paris in 1776-1778.

Not to be overlooked is Benjamin Franklin's role, specifically, in the espionage relationship between Bancroft and Deane. It is here and in this regard that Davidson and Lytle may have missed completely the direct link that Franklin provided in the role of architect for this contentious spy thriller.  Surprisingly, the authors overlooked the possibility that Franklin may have been the catalyst in this spy case. Yet, perhaps they did and found little to substantiate this hypothesis and decided to drop this avenue pending further evidence to support it,  Because of this, "Watson," I shall now bespeak of some of the loose threads that were overlooked by historian Julian Boyd, unreported by authors Davidson and Lytle, and now to be woven into the fabric of history as a matter of scholarly license. (cont.)

Author's note:  This is but one excerpt of 16 essays that delves into other historical events where distortions and fallacies may have occurred. 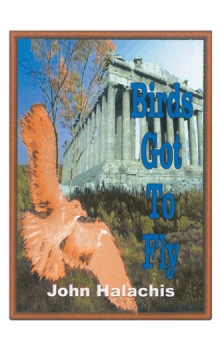 The following essays were written while pursuing a Master's Degree in Government at Harvard University 1986-1989. Most of the historical events investigated for possible fallacies precede that period.  The essays are mostly based on one basic theme; how history is reported and how it may have been distorted.  Following scholastic examinination of selected historical events; not surprisingly, distortions invariably are revealed.

Another area of research were the plays of ancient dramatists.  Clearly, it became evident that most if not all contemporary play-writing since those times derived from the dramatists of old; borrowing every major plot, theme, and concept  from chroniclers of human comedy and tragedy...from Aristophanes to Voltaire

The author is a retired Lt. Colonel, USAF, who has taken 20 years of  military assignments in human intelligence collection activities in Germany, Vietnam and Greece into an analysis of past events that have shaped contemporary US foreign policy.  The decisions that led up to the Vietnam War and its conclusion are areas that Colonel Halachis was particularly interested in because of special assignments to Vietnam.

The Colonel resides in Northern Virginia where he enjoys  access to several professional organizations organized around retired military personnel in the field of Intelligence. Colonel Halachis is also the author of a novel "Birds Got to Fly."  The novel is about the coming of age of a youth caught up in an espionage assignment during the civil war in Greece (1947-1950). King Constantine II awarded Colonel Halachis Greece's Gold Cross Order of the Phoenix for his service in Greece during that nations civil war.