Birds Got To Fly 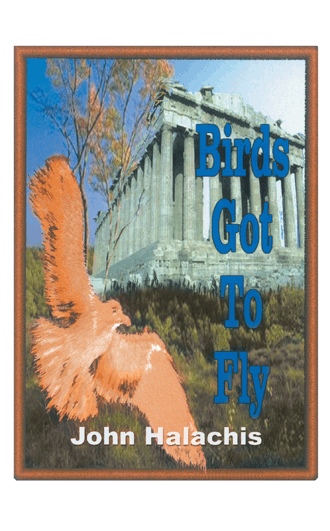 The sound of church bells echoed throughout the small hamlets engulfed in the shadows of Mount Olympus. It was a sound that knelled for the living. Its reverberations attempted to peal a message that life was eternal. It was a call for village people of Naoussa to assemble as one body to offer a benediction for God's preservation and to seek deliverance and absolution from sin. It was a call to survivors of a ravaged remote mountainous village to come and receive solace and strength to lay to rest one of the worst visitations in Macedonian history.

The tolling of the bells continued until the last survivor walked the narrow streets to the village square carrying photos, lighted candles and icons from their home's altars. Priests in black robes led processions waving chained incense burners at shattered stucco homes and debris strewn about. The cantor's chant with its Byzantine intonations added an ominous reminder of the history and eastern Ottoman Empire's influence on the region. Soldiers led the processional in a slow march. An altar was erected in the town square not far from the blackened shell of the scorched Saint Minos church. General Alexandros Patsios and his command staff attended the mid-afternoon service. Women in black with shawls that covered their heads formed a single line laid pictures and icons before the surrogate altar.

Villagers stood silently as the last toll of the bell ended. The Orthodox Metropolitan raised his voice in an opening prayer lifting a heavy gold and silver bound bible to the sky above Naoussa village. Wails of mourning obscured the clergyman's liturgy for the village dead. Grieving mothers collapsed as the service continued unabated. Sorrowful cries filled the air. Shrilled chants of widows attempting to wade off any evil spirit that lingered over the village. For some, there cries were a covenant for vengeance and retribution toward a demonic and hateful enemy...the andarti.  For others it was a mark of a country absorbed in a state of disunion and disorder with no real sign of bringing Greece's post World War II civil war tragedy to an end.

Colonel Maxwell, US Army, looked out onto the plaza from a second floor bookstore window facing the square. He wondered how these people crowned with the greatest civilization known to mankind could endure one tragedy after another. These were a people, he knew to be gregarious, quick-witted and very much in touch with the good life. They fought off every enemy from every direction of the earth. They withstood four hundred years of bondage under the Ottoman Empire and never lost their language, customs, or Christian religion. These people beat off an invasion from an axis power, and yet, he was puzzled as to how this small Mediterranean ancient nation was at a loss to deal with a threat to their freedom from within.

The behavior of this communist inspired insurgency upon the small kingdom had a more vicious kind of terror thrust upon them by their own countrymen than from any enemy from without. He wondered, how much more can this small nation endure?

Colonel Maxwell, American advisor to the Greek Third Corps commander tried to envision what Zack would say or how he would feel about the Naoussa tragedy. Brad Bloom is going to wait until the next morning to inform Zack's parents about his status. What would Brad suggest to the US Navy as to how the message should read? The colonel, composed an imaginary wire...

'Dear Mr. and Mrs. Apostolas Zacharias. Your son, Zack, while on an assigned mission in an advisory capacity and in the region of Naoussa, Greece, is reported missing. There is no information that your son has been hurt in any way as a result of hostile action in the area. The Chief of the U.S. Naval Mission has ordered a thorough search and investigation. You will be informed immediately upon any new information concerning your son. Signed, Brad Bloom, U.S. Consulate Office, Salonika, Greece.'

As Zack's immediate commander, the colonel pondered whether he should write a personal letter to Zack's parents. What would Zack want? His gut feeling was to wait and do what he had to do for his young driver.

The Metropolitan held the heavy ornate bible to General Patsios' lips, who genuflected and kissed the gold crucifix emblazoned on its cover bringing the service to an end. Several priests from the surrounding villages followed the bishop as the procession moved to the cemetery behind Saint Minos church. 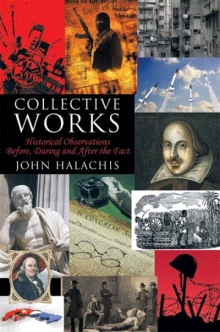 Birds Got to Fly is fiction based upon more or less recollections and related experiences of the author. The upshot of these events with a dramatic degree of embellishment lent themselves for an intriguing literary piece that provided a general road map for the core theme. Birds Got to Fly portrays the story of Zack a teenager who sped through his teens and into a revelation that he was not a kid any more. For Zack it was an irresistible time as an adolescent to hit the road and to engage head-on into capricious adventures with little knowledge of the outcome.

Zack embarks on an uncharted adventure that takes him from an unpaid train journey to Times Square where he encounters Damon Runyonesqe like characters and the start of his scholarship on the way to 'hit the top of the mark.' Following a precarious stint on Broadway Zack joined the Navy and was thrust into a naval test aircraft as an alternative to a career as a croupier withstanding bittersweet experiences in the process. Moving toward the top of the mark the next stop is to the ancient land of Greece and the environs of Mount Olympus, home of Zeus the fabled Grecian sovereign and where the maturing process takes place amidst a painful civil war.

Along the way Zack unexpectedly acquires a clandestine mission that preempts a romantic tryst during an R and R in Paris. Zack returns to the civil war struggle in Greece and to his honcho and mentor, Colonel Wayne Maxwell, US advisor to the Greek military staff. As a team the colonel and Zack in his role as enlisted driver and communication technician, are heavily involved with the armed communist insurgency in Greece.

Led by a maniacal communist Brigadier Petros Voyagis a small but important hamlet nestled in the mountainous regions of northern Greece is ravaged and destroyed. The conflict was symbolic of the Soviet Union's stealthy expansionist polity. Field Marshall Josef Stalin's support of armed insurgency using dissident anti-nationalist cadres in Greece following World War II was an effort to control the important southern regions of Europe and to establish Soviet presence in the Mediterranean region. It is in this environment that Zack becomes embroiled with part of this milieu caught in striking and tense situations as he undertakes a clandestine mission.

Birds Got to Fly has two paths that enjoin; that of an adolescent who was not afraid and maybe unaware of the hazards of breaking away from the norm and into the accelerated maturity that takes place when a youth pursues an unwitting destiny. Birds Got to Fly is a human account of a youth in transition to adulthood. Birds Got to Fly also depicts the degree of inter conflict and tragedy that can occur between fellow countrymen when lack of understanding, foreign intervention, political rivalry and corruption dilutes the real dispute and its harmonious resolution.

John Halachis retired from the United States Air Force as a Lieutenant Colonel where his career was divided between flying as a weapons officer/navigator in F4's and in the field of human intelligence gathering assignments. In the span of this career he was assigned to Germany (Potsdam), Vietnam and Greece on three occasions mostly in the capacity of Air Attache. But, before all this began he had a four-year tour in the United States Navy where he was assigned to the Joint Military Advisory Group in Greece at the outset of the Marshall Plan.

The motivation to portray some of these experiences in Birds Got to Fly had roots in personal reminiscences throughout the decade of the 1940's. It was an era when America's horizons stretched beyond the shores of Boston brought about by a global war.