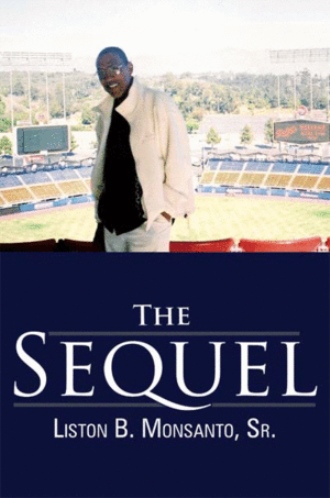 1848, the year slavery was abolished in the Virgin Islands, was also the year of the California Gold Rush and the proverbial saying from Horace Greeley who advised Josiah “Bushnell” Grinnell to:  “Go West Young Man, Go West”.

Sixty-nine years later (1917), like a contagion, the words had rapidly spread to the Virgin Islands and with the advent of Americanism the Crucians found themselves giving careful attention to Mr. Greeley’s advice and even though their destination ended up not West but to the North of St. Croix (i.e. St. Thomas – the island the United States hungered for) St. Thomians welcomed them with open arms.  Crucians (most of them from Frederiksted) with last names like Allick, Dunbavin, Fergus, Finch, Jackson, James, Joseph, Moorehead, O’Bryan, Plaskett, Simmonds, Urgent and a host of others were coming to St. Thomas for: (A) reasons of economics; (B) to increase the population with first generation St. Thomians and (C) to provide entertainment through the various sports such as baseball, basketball and soccer.  Yes folks, our brothers and sisters from our sister through their migration gave a galaxy of athletic stars for its entertainment.

In the sport of basketball during the early years (off the top of my head) I recall receiving Alaric O’Riely, Ulmont James, Walter “Mahoo” James, and Sigurd Petersen.  In baseball, we were fortunate enough to get Walter “Mahoo” James, Earl Finch, Timmy Phillips and Emile Lewis.  And in soccer just about every player was from .  A careful examination of the genealogy of the ’ population would invariably disclose the last names of the many Crucians who made Thomas their home.  Incidentally, one half (or perhaps even more than that) of our policemen were from . No where was their presence more evident.  They stuck out like sore thumbs.  What’s more their presence was not a thing causing terror or dread among St. Thomians.  Within our sparse population we appeared to be more united as a people than we are today.  Because our Governor was appointed, we did not have the so-called political pundits of today taking advantage of people not level headed enough to know what was going on.

But back to sports.  The Crucian contingent provided a high degree of parity.  They interacted with their St. Thomian teammates beautifully, never showing any palpable signs of being standoffish.  On Sunday afternoons following baseball at the Lionel Roberts Stadium, soccer football - played mostly by players from - would take center stage.  Spectators in attendance would always marvel at Wilfred “Bomba” Allick (who owned and piloted his boat “The Flight”) when he played soccer.  Why? Because he played the game barefooted.  In those days “Bomba” would cast “The Flight’s” anchor and head straight for the Lionel Roberts Stadium to play his favorite pastime. 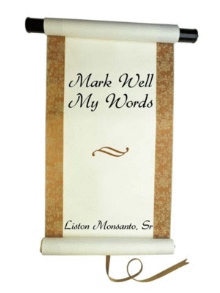 Perpetuating the Memory of a Sportscaster
Liston B. Monsanto, Sr.
£14.49

P.S. - In point of fact, and most notably is that many of the grammatical errors which appeared in rough copies of the profiles appearing Perpetuating the Memory of a Sportscaster have been corrected.

Unlike most educated and trained writers, Liston B. Monsanto, Sr. is not a prolific Author.  Other than this publication he has written two books, one appropriately entitled The Extreme Test – a highly sensational book that the local pundits, politicians, spin doctors and the news media don’t want anyone to read.

Although inactive as a sportscaster, following the publication of The Extreme Test, he listened intently to the ideals of the many sports-minded people in the and immediately wrote Perpetrating the Memory of a Sportscaster – a book serving as the precursor to The Sequel.

Author Liston B. Monsanto, Sr. is an erudite sixth-generation St. Thomian who believes in putting the Protestant ethic to work.  Because of his passionate love for the , he continues to live in with his wife Wilma.