This Life and the Fireworks 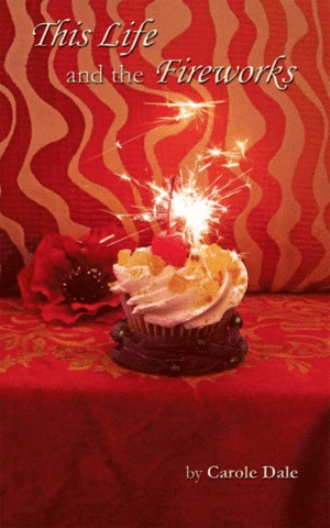 I arise lily white from the fertile mud. My Pomeroy mother bore me on a perfect autumn afternoon at four o’clock on my grandmother’s dining room table where angel food cake and coffee are usually laid.

Mamma could swim across the and was a member of a secret club called the River Rats. The had been pretty much the center of her life until she fell in love with my father.

, , has always been a mistress to the . The river brought excitement to the town; in summer, party boats would stop at the levee and my mother and her sisters would go on evening cruises and dance under the warm summer moon. In the spring the careless river would fling its blanket of high water and the town would go under. My mother grew up understanding that nature has its way with your life and it’s best to just accept who has the upper hand.

My father, who was from Racine, a nearby river town, chauffeured the local doctor on his rounds. The Doc usually had a little too much of the local moonshine in his system to be driving himself. The point is it brought Dad to Pomeroy where he met the delightful Edith Mae. He had already graduated from high school, but Mamma had another year before she would finish. She made excellent grades and was the acknowledged star of the senior class play.

Edie Mae lost her father when she was four years old. Theodore had died in a mining accident; his body was laid out in the house on in Monkey Run, the German-speaking part of Pomeroy. I was told by my grandmother that he didn’t have a mark on his body; he didn’t look hurt, just handsome—he was just thirty-five. Mama’s baby sister was born four months after her father’s death and given his name, Theodore. Seven children were left with no pension to support them. My grandmother held her family together and turned down offers from well-meaning neighbors who particularly wanted to adopt my mother. Why Mama? She was the youngest of the children when her father died. Perhaps her golden ringlets, sapphire blue eyes, and outstanding sweet disposition made her especially appealing.

The two-mile walk to school in the winter could be brutal between the wind off the river, the snow, and the cold temperatures. My father saw that my mother didn’t have a proper coat to keep her warm, and one of the first things he did to show his lo 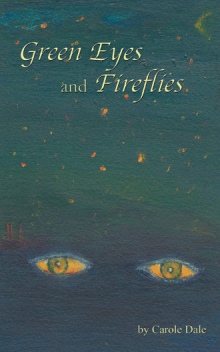 The author calls the 52 vignettes “cupcakes” and invites the reader to travel along vicariously with her as she recounts incidents beginning with her childhood and going into adulthood. No fiction needed here, for her life does fill the description her mother coined –“ this life and the fireworks.”

She was born in , a river town with mythical energy fed by the author’s extraordinary ancestors. Descriptions of her saintly Grandmother’s rise above tragedy to hold her family together and rich descriptions of her aunts and uncles encompass the charm and drama of life in the German- speaking neighborhood, Monkey Run. Her father, “Poppa Moose,” takes a position with the Dupont factory in Belle, West Virginia.  There as a baby she and her mother Edith Mae and four years later her brother Scotty adjust to living cheek to cheek with a fiery chemical factory on the Kanawha River.

Later her mother is diagnosed as a paranoid schizophrenic, changing this writer’s life dramatically that leads to her being unofficially adopted by sophiscated neighbors across the street. The culture of individualism by her godparents makes this writer comfortable as a non-conformist. The role reversal of being mother to her mother, divorcee, birth, death, disappointment and adventures are all handled with the author’s invincible spirit that continues to transform her daily life.

Salvador Dali remembers being in the womb.  This author remembers falling from a bed when she was three months old.  She has a unique gift for recounting, with passion and authenticity, events that have shaped her life since childhood.  This Life and the Fireworks is by a woman who already has led more lives than a cat.  She calls her short stories “cupcakes.”  Each story stands on its own -- read a few at a time or devour them if you like. Indulge yourself at your own pace.  The cupcakes were originally read by the author as performance pieces for Wild Woman Writing, a writing and performance group in , and have led by popular demand to this first volume.

The author is a docent at the Columbus Museum of Art and the of the .  She also has written plays and children’s stories and performs with Wild Women Writing.  Her first job was with the Joint Chiefs of Staff at the Pentagon in , during the time of the Cuban missile crisis.  For 27 years Carole served as a project director at the at the .  There, she directed a program on the study of American foreign policy sponsored by the Foreign Policy Association (FPA) in called Great Decisions.  She also served on the FPA Board for many years.

The author’s vivid recollections make This Life and the Fireworks ignite each page.  She also enjoys writing poetry inspired by great works of art and personal revelations. She continues to write cupcakes with the assistance of her cat, Miss Kitty,  but always allows time to chase rainbows -- not for the pot of gold but for the adventure!