How to Build A Southwestern House 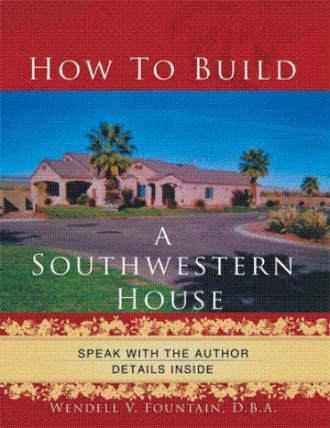 It is difficult to overemphasize the need to properly insulate a house.  Builders generally try to cut corners by providing only minimal amounts of insulation, but that is a disservice to the customer, because the house owner will pay a lot more over time in energy costs than what the extra insulation costs.  It would seem to me that the least a builder could do is inform a potential customer of the extra cost involved, so that the person could make an informed judgment.  Though I don't consider myself to be a "green freak," I do think of myself as a responsible human being who appreciates the fragility of the environment.  Pragmatically, most Americans will have less and less as they live out their lives, so costs are important--especially to those of us with limited means--as we sail into our golden ages.

There is, I am convinced, though once again arguable, a method of insulating a house which is better than using only insulation batts (see Images 38 and 39).  The jargon used for this process by those who insulate houses is called "netting and biffing."  This is accomplished by first securing a thin net material over the exposed interior wall studs and then by blowing in the insulation into each section of the wall.  Workers who do this simply make a hole in the netting and pump the area full of insulation, while another worker in the truck moistens the material being pumped into the walls of the house.  Avoid using any insulation which has formaldenhyde as a chemical in it, whether batt or blown-in insulation. 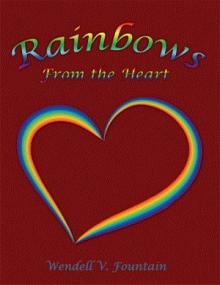 This book is about building a house in the southwestern part of the United States; though, there are many things which are in common to building a similar structure in other parts of the country.  This author conducted two years of research before embarking upon such a venture.  Additionally, for the following nine months, I filmed and photographed all aspects of the task of building the structure, including performing many tasks myself.  Yet, despite that, it quickly became obvious that those who plan to either be an owner-builder or have a house built by others, need a book like this, because it is truly an eye-opener.  In fact, it is a practical guide which provides the reader with invaluable information about the process to be followed (contained within are many images/illustrations to help the prospective house owner).  The book examines best construction practices while exposing shoddy workmanship, costly shortcuts of convenience, communication and coordination problems, and the use of inferior building materials.  The work also discusses some of the nuances unique to building in such states as Nevada, Arizona, New Mexico, Texas, and even parts of California.  It is the intention of this author this will help those who seek to build a southwestern house avoid many pitfalls which lie ahead; because, this is a book I wish I could have had before I began the journey.  The book also contains an index and a list of Recommended Service and Product Providers.  If you are about to build or have a house built, please see the last page of the book titled SPECIAL OFFER REGISTRATION, because as a purchaser of this book, once you have registered, you will have an opportunity to speak with the author by phone for consultations or exchange e-mails regarding the construction of your house.

In his book How to Build a Southwestern House, Dr. Wendell V. Fountain has combined his experience as a former technical manual writer, a nonfiction writer, an academic writer, and his skills as a writer of fiction to produce a unique work which communicates information in an enjoyable and pleasurable way. This method holds the reader's interest, while imparting invaluable information.  This approach is an integrative or eclectic form of written communication.  Since owning a house is usually, at least for most us, our single greatest monetary investment, what the author presents in his latest book can save a prospective owner of a house, which is to be constructed, tens of thousands of dollars, while getting what is wanted in a finished, quality structure.  Dr. Fountain has been President & Principal Consultant of Fountain & Associates, a business and management consulting firm, for the past 25 years.  His formal education includes a B.A. degree in psyschology from the University of North Florida, an M.A. degree in human resources management from Pepperdine University, and an earned doctorate in business administration (D.B.A.) from Nova University.  He has completed post-doctoral studies at Harvard Business School, The University of Chicago Graduate School of Business, and the Wharton Business School for Senior Executives.  He served as a graduate school professor, teaching graduate courses for a number of universities and doctoral courses for his alma mater (Nova University) over the past 25 years, while serving on the Board of Directors of VyStar Credit Union (a multibillion dollar institution) from 1982-2007.  He was inducted into the Who's Who In America's Credit Unions  2007-2008.  He is an author, speaker, and credit union strategist.  He has been active in the Academy of Management since 1982.  He may be contacted through his Web site www.wendellVfountain.com