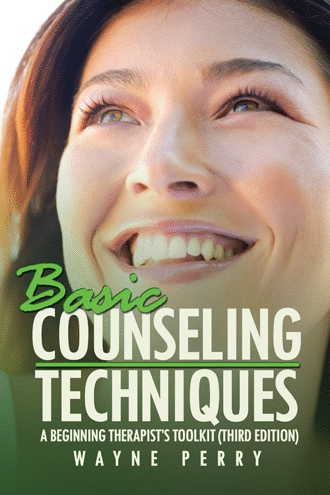 One common type of role assumption is to have various members of a family assume each others’ roles.  One family I worked with, the , found this very enlightening.  Steve and Peggy Marshall, the parents of two teens, were very frustrated by Roy’s, the 15 year old son’s, “Goth / Grunge” appearance and his resistance to any instructions they gave.  Shelby, the 14 year old daughter, played the “good girl,” who stayed out of trouble and did what she was told.  I had Steve assume ’s role, Peggy assume ’s role, and the kids assume their same-gender parent’s role.  At first “Steve” ( in role) tried to parent “Roy” (Steve in role) the way he said he wanted to be parented.  Both “Peggy” and “Shelby” stayed out of it.  But “” quickly escalated the confrontations, and “Peggy” began to step in to assist him (interestingly, the only time would become vocal and active in therapy was when she was playing Peggy’s role).  Things quickly escalated to the point that I had to step in and call a halt to process what had happened.  Although he was not ready to admit that his parents had any validity to their case, did have to admit he was saying he felt just like Steve often said he felt.  Steve enjoyed the experience so much that the next several sessions he brought some “goth” props with him to put on when he assumed ’s role, and he and Peggy frequently requested the role assumption.  This bit of playfulness even got to , and the family slowly began to actually work together.

A variation on the role assumption is to assume a more generic role.  In an alcohol recovery group I directed, I often had group members assume the Victim, the Rescuer, and the Persecutor roles.  When they had been in a role for a few minutes, I would have them switch to a different role. 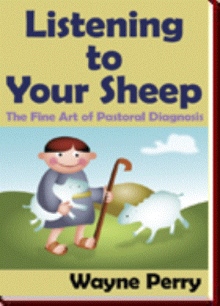 Listening to Your Sheep:
Wayne Perry
£9.99

Wayne Perry has been a therapist for more than thirty years, but he still hears the same thing from beginning counselors and therapists: Yes, I know what the theory says, but what do I do with this particular client?

Drawing on his decades of experience training marriage and family therapists, professional counselors, and pastoral counselors, he answers that question in the updated edition of his landmark book: Basic Counseling Techniques.

He provides practical suggestions for setting up the therapy room, using audiovisual recording equipment, and conducting those first critical interviews. You'll learn how to:

Each chapter concludes with a "Living into the Lesson" section that allows you to participate in experiential exercises to master what you've learned.

While designed for counselors and therapists in the beginning of their careers, even veterans in the field will find value in this updated edition.

Wayne Perry is a faculty member in the master’s and PhD programs in marriage and family therapy at Northcentral University. He brings more than 20 years’ university teaching experience and supervising therapy to this work. He is a Clinical Fellow and an Approved Supervisor for the American Association for Marriage and Family Therapy and a Fellow in the American Association of Pastoral Counselors.