Notes on My Recent Abduction by A. Lincoln 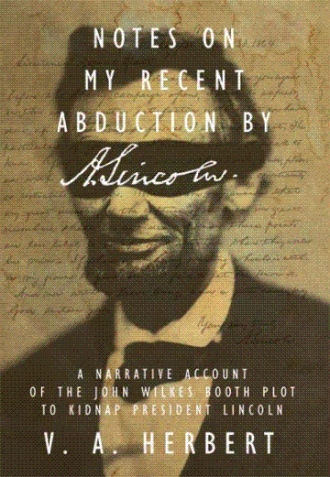 Having fallen asleep again, I was awakened by a gang member who removed my gag and the ropes binding my hands and feet. I was very unsteady, of course, but determined to remain as dignified as possible. These people had to realize they were dealing with the Head of State, and although I personally consider myself an ordinary human being of humble origin and character, I could not allow these brigands in the act of transgressing on our laws and constitution to succeed in ignoring the presidency. It was necessary for me therefore, to carry on as the President, always.

It was dark and by my pocket watch, . A gang member said it was night and asked me if I wanted some bacon and beans. He said they would continue on after a bit but gave no reply when asked where they intended to take me. 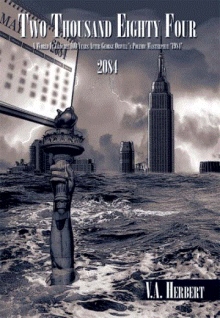 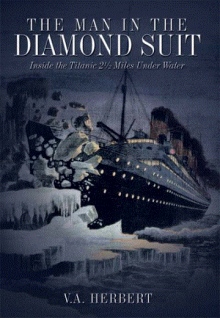 This is a fictional account of what Abraham Lincoln had to endure after having been kidnapped by John Wilkes Booth and his gang on . It is a story which has never been written before.

The novel is based on the historical truth that John Wilkes Booth had recruited several people to kidnap in 1864 and by so doing, end the war in favor of the Southern, Confederate, insurrection.

While in captivity, Lincoln narrowly escapes being drowned while crossing the Potomac River in a killer storm, barely escapes a lynch mob and fire in Petersburg, Virginia, a gunshot wound in the abdomen (resulting in a major operation by a Confederate surgeon), and an escape from Booth and his gang with the assistance of one of Booth’s former lieutenants, Lincoln’s female nurse and General Robert E. Lee.

Propitiously, on , Lee who has come to realize Booth is insane, returns Lincoln and his entourage to the custody of General U. S. Grant under a flag of truce at the front lines in Hanover Junction, Virginia.

Abraham Lincoln arrives in before a deadline set by the U. S. Congress and Supreme Court expires. Had he not returned in time the office of President would have been declared vacant, and General George McClellan would have been virtually unopposed for the presidency of the in November, 1864. Everyone knew McClellan had pledged to stop the unpopular war, which would have allowed the South to secede, thereby creating two nations: the and the CSA.

A life-long amateur historian who has lived and traveled extensively in southern states during his 35 year association with the Goodyear Tire & Rubber Co., the Upjohn Company and the U. S. Air Force, Mr. Herbert’s library of 2300 books include many novels and non-fictionalized accounts of the civil war.

A veteran of the Korean War (61st Fighter Squadron), Mr. Herbert’s additional duty assignment as the squadron’s Public Information Officer, followed his tenure as a speech writer for the Commanding General of the Air Training Command, in .

Currently retired, Mr. Herbert and his wife, Shirley, have spent summers in and winters in since 2000.

Their son, Paul N. Herbert, has researched and written Civil War articles for the Washington Times and other weekly newspapers in for several years.