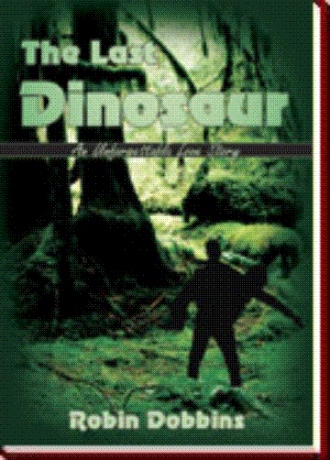 Meanwhile, the soldier had jammed a bayonet against ’ throat.  Lying there crying, she had given up hope Jerry was alive.  Rape, and most probably death, seemed eminent.

Scrambling to his feet, Jerry stumbled to the doorway, spotting the ugly scene outside.  An adrenaline rush filled Jerry’s body as he hurled himself into the soldier, knocking him off and sending them both rolling around on the ground.  The soldier wielded a bayonet and began slashing at Jerry’s ribs, finally opening a large gash on his left side.  As blood began soaking his ‘’ tee shirt, the loss of such began to take its toll as the fight progressed and their struggle carried them around the side of the shack into the darkness.

grabbed her skirt and ran inside, hiding behind a huge table that had fallen on its side during Jerry’s fight with the dog.  She was desperately trying to stop sobbing, but the sight of the dead animal a few feet away elevated her anxiety.

After what seemed a lifetime of silence, she heard heavy shuffling sounds moving across the shack’s wooden porch.  As the sounds grew closer, it was apparent the soldier was the victor because Jerry would surely have called her name.  She scrunched up behind the table, clutching her skirt in both hands while sobbing and shaking uncontrollably as the footsteps halted directly in front of the table.  Like music to her ears, a gentle voice sang out, “It’s over, Angel.”

Raising her head slowly, she saw Jerry reaching out with his blood-soaked hand. 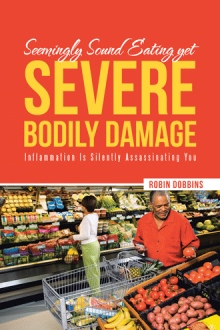 Jerry Walker was cruising through life in a fairytale marriage complimented by an illustrious baseball career. Then without warning it all quickly dissipated, leaving him reeling in disillusionment and despair. In a desperate search to redefine his life, Walker discovers his need to make a difference in the lives of troubled youth. With the help of longtime friend and attorney Sam Kaeo, he takes a job teaching history and coaching baseball at a much troubled inner city high school in Houston,Texas Centennial High Schoolhowever presents challenges for which Walker.quickly realizes he has no prior background. Militant students do not trust his benevolent intentions and principal Bill Sadler is a ruthless tyrant who secretly has a plan in place to rid the already depressed school of all athletics and less than above average pupils. Embrace Jack Klam and Ed Hughes, two most unlikely faculty allies who aid Walker’s crusade to save the school from Saddler’s oppressive measures. Klam is a veteran teacher who had long given up fighting the system. Hughes is a black man, small in stature, who resents having been passed over for the head baseball coaching position. Learn to love the many students who come to trust Walkerand cry for those who lose their lives senselessly. Feel your heart melt as Walkerbefriends Tony Leonardi, a loner with a loving mother and younger sister, while making the youth’s lifelong dream a reality. Accompany Walker as he treks to the jungles of Mexico in a desperate attempt to save the life of the woman he never stopped loving – the mother of his three children whom he shared an uncommon bond. Robin Dobbins places the reader at the center of all the relationships, entanglements, controversies, tragedies, and triumphs. Though the plot is many faceted and moves quickly, The Last Dinosaur’ is about people. It’s a book you’ll want to go back and read again just to spend some more time with the characters he so beautifully fleshes out.

Robin Dobbins graduated from at in 1972 with a BA degree in political science and two years later attended graduate school at in .  Aside from the academics, both hobbies and other experiences (some job related) have influenced his writing.

Among his hobbies have been competitive amateur bodybuilding, youth athletic coach, drag racing, and sports editor of the local newspaper (Deer Park Progress).  Robin gave up the dream of appearing on stage at the upon the realization that a life of extended steroid use was imminent even at the amateur level.  He coached youth football and basketball at the 8-11 age group and baseball from the age of seven through high school.  While at Stephen F. he was the pitching coach for the school’s first ever baseball team.  The drag racing days occurred during the muscle car era where he drove the famous 426 Hemi in a 1971 Dodge Challenger.  As sports editor, he was able to make celebrities out of boys and girls of all ages.

Although not always by choice, most experiences have been life-changing, character building, and changing the lives of others.  A back injury from an automobile accident on one occasion and an elbow injury on another prevented a professional baseball career.  A more rewarding experience came as a Big Brother () where he befriended a 10 year-old boy.  For 28 years Robin has been employed as a chemical operator for Lyondell Chemical Company, and during that time he managed to become a Certified Personal Fitness Trainer, as well as a Certified Rehabilitative Exercise Specialist.

He has a lovely wife (Janel) of 38 years and three wonderful children (Robin David, Jeff, and Luke).