Inflammation Is Silently Assassinating You 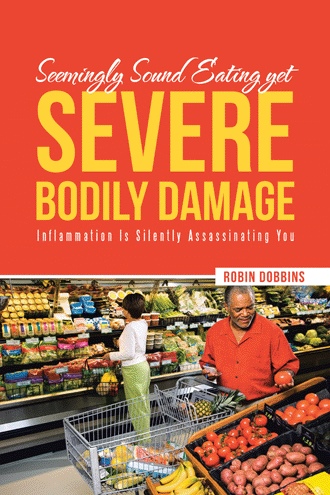 What is inflammation? Inflammation is the first response of your immune system to infection or irritation (also injury). All of us are familiar with the classic signs of this condition (swelling, redness and pain). Blood and fluid rush to the injured site transporting healing nutrients. This defense mechanism comes to the rescue when your body's surveillance system detects a foreign body, such as bacterium or virus (infection), invading its territory. Redness and swelling around an infected region is caused by millions of white blood cells speeding toward a site with the purpose of overpowering an intruder. The presence of fever indicates a sort of whole-body inflammation predicated to overcoming the menace. By raising the temperature of the body significantly, the bug will succumb to heatstroke. Through a sprained ankle (irritation and injury), you have probably witnessed another impressive display of the body's response. An ankle can swell to the size of a melon within minutes, functioning to act as a splint for protective immobilization. As any orthopedist will tell you, doctors don't heal sprained ankles; they just supervise while nature and time do their jobs. Pain is nothing more than a signal to stop what you're doing, thereby avoiding further damage. These examples of inflammation have a useful purpose, and the swelling gradually subsides and vanishes. No harm; job done.   Undesirable Inflammation Not in Your Control Obviously, you don't want to diminish the body's protective and healing powers. But it’s a must to eliminate excessive, chronic, and inappropriate inflammation. All kinds of arthritis, for example, are characterized by painful swelling and stiffness in joints. Allergies are another sort of non-productive inflammatory responses in which the immune system tries to attack otherwise harmless substances like pollen or animal dander. These kinds of inflammation serve no useful purpose and can make your life miserable. Over time, excessive inflammation (whatever the cause) increases your risk of several life-threatening diseases, but at least you are aware of such attacks from inflammation. Undesirable Inflammation In Your Control (Food Consumption) Recent research has shown eating the wrong foods does cause chronic inflammation within our bodies (at the cellular level). This chronic inflammation is not so obvious. It is the dreaded, more dangerous form – a silent, invisible assassin that destroys every facet of your body (yes, especially the brain) for years without revealing the slightest symptom. Eventually, though, the damage will expose itself in the form of heart disease, Alzheimer's disease, or cancer, to name a few. Our cells produce a variety of pro and anti-inflammatory chemicals called prostaglandins, using nutrients from the food we eat as the raw material. These prostaglandins are released into our tissues, responding to the immune system's signals, promoting inflammation where there is danger and quelling inflammation, when the danger has passed. In the April 2010 issue of the Blaylock Wellness Report, the prominent neurosurgeon Dr. Russell Blaylock writes: “There is growing evidence that chronic, smoldering inflammation is a major cause of frailty in the elderly. Remember – where there is inflammation there is massive generation of free radicals and lipid peroxidation products (caustic fats) that are flooding the body – every organ and tissue. They always go together. These nasty particles and caustic fats not only destroy parts of cells, they also destroy the glue that holds us together – that is, our ligaments, bones, joints, and connective tissue of our skin (causing wrinkles). Over time, our tissues and organs become so weakened that we begin to break apart like wet sand on a beach. This process doesn’t happen overnight; it happens over decades.” This is a rather ugly, gruesome depiction of the reality surrounding this “skipped over” subject matter involving the foods we eat. Dr. Blaylock will be heard from again in this book. A key concept in this oversimplified portrayal is our bodies produce prostaglandins by using compounds from the foods we eat. Specifically, it is the fatty acids in our foods which our bodies use to make prostaglandins. Certain types of fatty acids (primarily those from the Omega 6 family) are converted into pro-inflammatory prostaglandins, while other types (primarily from the Omega 3 family) are used to make anti-inflammatory prostaglandins. Also, but not minimally, inflammation does develop through diets dominated by processed/packaged foods filled with the three most lethal food additives mentioned in the Introduction: monosodium glutamate, high fructose corn syrup, and trans fatty acids. Mercifully, nature has provided the antidote; foods that are just as effective at reversing inflammation. Conditions Characterized by Excessive Inflammation Regardless of the Cause ● Heart Disease ● Alzheimer's disease ● Cancer ● Obesity ● Diabetes ● Autoimmune Diseases ● Asthma ● Allergies ● Arthritis ● Prostate Disease 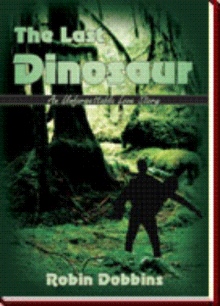 Inflammation inarguably has been identified as the father of all disease. This deadly assassin slips through the metal detectors via the seemingly good whole foods we ingest, not to mention the dastardly processed ones. In the meantime, twenty-thousand-plus mainstream diet schemes focus on calorie counting, carb shuffling, juicing, fasting, fats elimination, food combining, meal timing, and so forth. All are extremely complex or confusing at best besides overloading you with information. Achieving favorable body composition is their sole goal, a goal driven by the public’s demands. Wrong goal! “Seemingly Sound Eating yet Severe Bodily Damage” presents a rather disturbingly uncomplicated plan to eliminate inflammation while helping you achieve maximum nutrition. By simply eating in a manner that maintains your body on the anti-inflammatory side of the ledger will also enable you to avoid the three deadliest food additives—monosodium glutamate, high fructose corn syrup, and trans fatty acids, all silent killers. This book will reveal the way you should eat for a lifetime of permanent health. An anti-inflammatory eating protocol will allow you to avoid the likes of Alzheimer’s, Parkinson’s, heart disease, arthritis, and numerous others spelled out in this book. You can have it all, but it must be on your hard drive or in your DNA to turn your back on all the mainstream bombardment concerning eating. Avoiding inflammation trumps all the schemes, no matter how well thought-out or researched. You cannot hit a baseball with poor eyesight, no matter how perfect your mechanics and bat speed may be. It’s your life decision to make the correct distinctions to enable self-reliance for as long as possible. The decision needs to be made before the symptoms of diseases raise their ugly heads. How long will you wait?

Robin Dobbins is a practicing certified personal fitness trainer (CPFT) and rehabilitative exercise specialist (RES) with both certifications coming from Baylor Sports Medicine Institute (2001 and 2002) administered by a great organization, PFIT, owned by Wayne and Dahelia Hunt. It has been during these fifteen years of taking countless hours of continuing education courses that he became focused on proper eating and strength training for the older, forgotten population. He was an aspiring competitive bodybuilder and occasional power lifter in California during the late ’60s and early ’70s. Among his mentors were two greats in the “black iron game,” the legendary Jack LaLane and Jack Dellinger, Mr. Universe 1956. Robin’s desire to concentrate on his family and finish a degree in political science (California State University–Hayward, 1972) led to relegating the “iron game” to a hobby. His professional baseball career as a pitcher was cut short due to a severe arm injury in 1973, so the Dobbins moved back to their home state, Texas, in 1974, where he began his graduate degree at Stephen F. Austin State University. Being bombarded with questions about eating from countless people other than the ones he works with directly prompted his writing this book. “Seemingly Sound Eating yet Severe Bodily Damage” is the result of over a thousand hours of sorting through many of the twenty-thousand-plus mainstream complex eating schemes for immediate desired body composition results. His intuition (hunch) said eating was not meant to be difficult, and the goals should be a way to eat forever, not seek immediate but temporary results. “The older population’s lives count also. They can build both muscle mass and bone density with weight training and responsible yet simple eating. Health is not exclusively for the young beautiful people. I aim to see to that.”