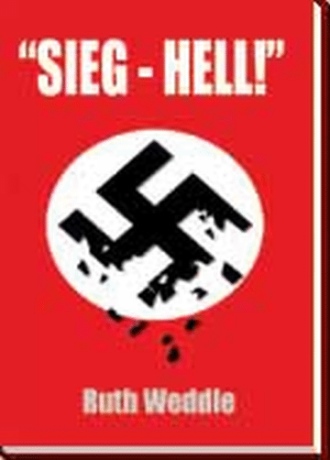 The blustery February winds of 1945 blew up a storm, clawing at Adolf Hitler's dream of a Thousand Year Third Reich,  shredding it into confetti.  Nevertheless, daily radio broadcasts exhorted everybody to stand fast and keep the faith.  After all, our secret miracle weapons would soon reverse 's fortunes of war.  Most good Germans did believe, sweating their daily pint of devotion.  Housewives, children and old men secured the home front.  They dug trenches to stem the rumored advance of enemy hordes toward , they drilled with Panzerfausts, waiting to knock out tanks should they dare invade our homeland.  In spite of cities in rubble and the growing cacophony of war sounds from the border territories, most folks still expected to find a pony under all the Kacke that was coming down if they just kept shoveling.  Most.  But not all.  Some figured if it looked like manure and smelled like manure, it probably was.  Faced with unconscionable orders, a special few decided to break lockstep and stop shouting "Sieg Heil!"

This book is dedicated to them.  It relives a small historical footnote to the final months of World War II when five teenaged girls, drafted into the German Air Force, were falsely branded deserters and scheduled to be executed as a deterrent to morale problems among the troops.  What happened to them, their values, priorities, their will to survive, is preserved by one  who lived to tell about it. While the characters and some of the events presented here are fictionalized,  the reference frame is real.  And the memories of a special camaraderie during a time of trials, tribulations and yes,  triumph over the mad dictates of a tottering German war machine transcend the decades. So, as even  some Germans mocked the official salute way back then: Sieg Hell 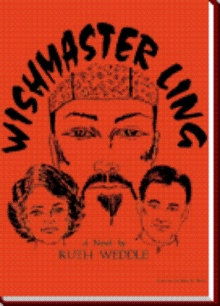 With “Sieg-Hell!” the author relives a little known WWII episode when she was drafted into the German Air Force/Signal Corps to release men for front duty during the war’s final convulsions on its way into the history books.

As a publisher/editor of a monthly specialty magazine for the last 36 years, she’s made friends around the world who urged her for ages to preserve that sliver of history.  So here it is, in novel format, with fictitional names for her cohorts in an escapade which branded her and four other draftees as deserters after a brief “detour” home to when their troop train was stuck hours nearby – while they were dying to know if their families were still alive.  Upon their voluntary return two days later, they found that AWOL was no desertion thanks to a new law, so they were arrested and prepared to become “examples” to deter other would be deserters.  However, when their interrogator hinted that he could do with just one scapegoat, loyalties, friendships were sorely tested by the “save your butt” syndrome – leaving just on culprit for show trial gun or noose: the author.  What happened?

Born into pre-Hitler Germany (dumb choice), the author survived WWII as a teenager; hooked up as an Assistant Librarian with the “Big Red” soon as it was over; came to the US as one of the first German war-brides and started to hone her writing skills in many fields: geophysics at OSU; advertising/promotion at Ch.11 in Los Angles; tech manuals, legal briefs, legislative analyses – you name it.  Thirty-six years ago she started publishing a monthly magazine for Afghan Hound Lovers and 12 yrs later, added a monthly newsletter for lovers of all species.  In her spare time she published two earlier novels: “The Girl Who Never”, and “Wishmaster Ling”.  Could No. 3 be a charm?