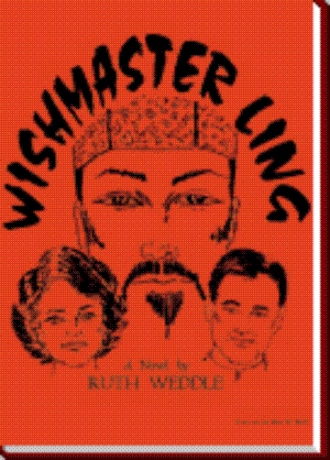 The intercom crackled with indignation: 'Roz? Rosie Buns? In here! You sure fouled up big time!'

So what else is new? At least he used the nice F-word. 'Sorry, I can't.' She covered the mouthpiece. 'I got Judge Burns on hold. We're trying to set the Humboldt arbitration.'

'Robert H.? Who picked him? Don't you remember? He skunked us on that Houseman/Schmouseman/whatever case. Hang up right now and get someone else!' Roz could barely keep a straight face. 'No can do Dan. He's court-assigned. Besides, that case was Limburger!'

'Was not! I don't take losers.' He shot out of his chrome and patent leather sanctum ready to vent but thought better of it. 'Aw come on Roz, you're no dummy. Think of something to get him disqualified.'

'On what grounds? He sleeps with defense? Come on! Your only way out is if he'll recuse himself. Maybe I ought to remind him how you carried on last time? That might do it. Except he seems too nice to hold a grudge. Besides Humboldt's a clear liability case. You're likely to make out like a thief with any judge.'

'From your mouth to God's ears. But just to make sure, go jump his bones! If we get more than twenty thou on this one, it's five hundred bucks in your pocket!'

He shrugged. 'There goes your bonus!' Yeah. Big nothing. Dan's checkbook was velcroed to his crotch and bonuses didn't come from exercising your brains -- the only thing she was willing to put on the table. Small wonder they hadn't turned moldy yet from the coughs, sneezes, and God knows what was recycling through the air vents. Some days you prayed for an earthquake -- with Dan shooting out the nearest window tightly sealed since the building went up two, three decades ago. He'd finally given up on Ro but soon homed in on R & C's newest trainee, Chrissy. 'All right. Where's our new rocket scientist? Hiding in the john again? Guess I'll have to confiscate the coffee pot...'

'For what? Dummy of the year? Send her in soon's she's back!'

'Not nice Dan! Go to your office!' She signaled Chris who was stocking up on supplies out back. 'He wants you. Hey, don't look so worried! He's more bark than bite. Well, recreational nibbling.'

'Puleez!' Chris shuddered though a tiny smile sneaked across the worry lines, which were trying to mark her pretty face.

'Aw come on. He just likes to think he's a pitbull in a three-piece suit. It's a game. But you bark back and he'll roll over. Guaranteed.'

'Not for me.' She seemed to shrink by a couple of inches as she laid a trail of fear to his office, shuffling across the worn maroon carpet. Poor kid. Scared stiff. A walking invitation for him to pounce, shake her like a rag-doll, then drop her for another mouthing. That stinker!

At last Judge Burns was back with a hearing date and sincere appreciation for her offer to notify all parties. Too bad Dan couldn't borrow a smudge of his manners. What did I ever do to deserve this? Must have been a real bitch on wheels in my last life! She pulled the Parker to verify a phone number and nearly dropped it when Kathleen wailed: 'Rats! Not again!' She held up the jagged remains of a bayberry red, rhinestone studded, once inch-long nail which had committed harakiri on her IBM. Crack! Clear across the top. The second one this week. 'I wish, ' she muttered darkly in Dan's direction, 'he'd split all of his and no manicure 'til Saturday either!'

'And I wish his wife would hotglue his lips before she lets him off leash in the morning,' sighed Roz as she leafed through the directory. 'Did you hear what he called me?'

'Why not hotglue his zipper? That'd cramp his style!'

'And right over the intercom,' grinned Kathleen. 'Has he got class or what?

What I wouldn't do to put him in his place!' 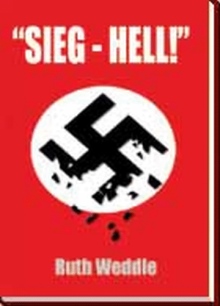 Come visit the Law Firm from Hell. Go behind the scenes and watch how easily clients' pockets are picked, while the staff is equally exploited until the peons decide one fine day, 'enough already!' But how? Not helter-skelter, not all by themselves, for when you really, really want to change crap into gold, you need a little guidance, a little intervention, even a swift start-up kick in the panties now and then from none other than Wishmaster Ling, an entity from another realm. He becomes the girls' mentor and accomplice in dealing with their bosses. Enjoy a romp through the dos and don'ts of using wishpower to get what you want, including at times unexpected consequences of half-baked notions. If you want to change your life with wish power, bring an open mind, a sense of humor, and see if the concept will not work for you too.

Ruth Weddle is the publisher/editor of a monthly specialty magazine and a newsletter for pet lovers. She has a background in TV advertising/promotion, scientific, technical and legal research. She brings considerable expertise to the milieu chosen as a setting for this part inside dirt, part reincarnational fun, part 'how-to' exercise in changing life with the correct use of wish power.