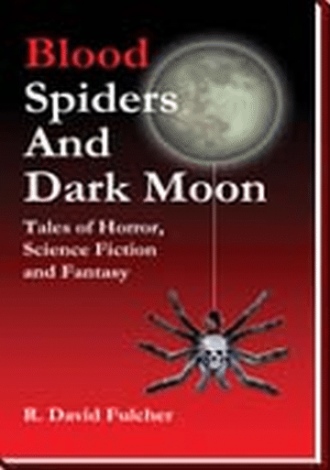 Mary had a dream that night.  It began in the hospital room.  Doctor Thomas was examining Stephen, oblivious to Mary’s presence.  Suddenly, the line on the EKG went flat, and a low electronic tone filled the air.  The doctor looked up and shook his head sadly.  He covered Stephen’s face with the sheet.  The area of the sheet over Stephen’s mouth rose and fell softly.

“No!” shrieked Mary, “He’s still alive!”  She struggled to reach Stephen, but found herself restrained.  There was a moment of darkness, and Mary found herself in a vast cemetery.

A funeral party had gathered by a fresh grave, and in the distance the pallbearers approached bearing a small coffin.  Their white coats stood out against the gray sky.

As they drew closer, Mary realized with horror that the pallbearers were doctors from the hospital.  Again she tried to reach her son, who slept soundly in his wooden vessel, but once again found movement difficult, as if walking underwater.  The pallbearers laid the coffin down by the grave, and Doctor Stephen opened the upper panel of the cabinet, revealing Stephen’s angelic, upraised head.  The doctors bowed their heads, and Doctor Thomas, who had removed a small bible from his coat, began the sermon.

Mary saw Stephen’s face in detail, as if watching from a zoom lens.  The color on his cheeks seemed brighter against the white plush of the coffin’s interior.  His hazel eyes were open, but vacant, glassy, and unblinking.  His nostrils flared softly and then narrowed again as he breathed.

The panel was closed.  Mary hovered once again in darkness, and then another face began to form in the inky void, its features sharp and unfamiliar.

“Mary,” it whispered, its eyes pulsing in the darkness like embers, “Mary, let me help you.”  The voice was dark and alluring.

For a second the features came into focus...a large, trident-shaped nose; slender, pointed ears; and two small horns the color of fire.  Mary recognized the visage with a chill.  It was the face of the devil.

The Lighthouse at Montauk Point and Other Stories
R. David Fulcher
£8.29

Blood Spiders and Dark Moon contains fourteen tales of terror and wonder.  From an earth-devouring spider, a forbidden pact with the devil, a golden city across time and space, a night watchman that is much more than he seems, a vengeful janitor, werewolves, werecats and creatures who travel unseen dimensions, Blood Spiders and Dark Moon takes readers on a hell-bent ride to places they have never been&#8230and will never return from unscathed.

His first novel, a historical drama entitled Trains to Nowhere, is available from 1stbooks.com and Amazon.com.