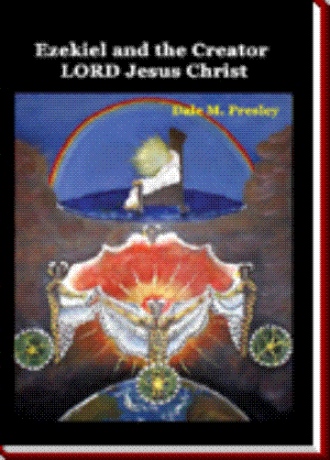 In verses 1-15 of chapter thirty-six of the book of Ezekiel, the LORD concentrated on the restoration of the promised land of Canaan itself during the Millennial Kingdom. Then, in the remainder of Ezekiel chapter, the LORD explained three more things concerning the house of Israel. He told why the Israelites were expelled from that promised land. The Israelites were removed from Palestine first via the Assyrian captivity and decimation of the northern kingdom in 721 BC and then by the Babylonian captivities of Judah's population in 605 BC and 597 BC and Babylon's slaughter of most Jews in Judah in 586 BC. He told why the Israelites would nevertheless be increased with men like a flock and returned to that promised land. And, He told how the Israelites must be transformed from the inside out before they can be returned to that cleansed land during the Millennial Kingdom. However, in Ezekiel chapter thirty-seven, the LORD was quick to follow the messages of Ezekiel chapter thirty-six with a powerful rebuttal of most hearers' initial, but definitely fallacious, conception that the tremendous increase in Israel's population during that blessed time will be the result of a heightened reproduction rate of a then-living, returned Jewish remnant. For, there will be no reproduction then (Matt. 22:30, Luke 20:35&36) and the valley of very dry bones of the long- dead people that Ezekiel sees that will make up these future inhabitants are identified as "the whole house of Israel." Thus, this proves once and for all to those who believe the Bible literally that it is the resurrection or rebirth of the total accumulation of long-dead, saved Israelites of all of time that will instantly produce this tremendous increase of inhabitants in Palestine in that future time. The whole purpose of this vision of dry bones coming back to life was to reassure the nearly hopeless captive Israelites there with Ezekiel in Babylon that the promises of God can never be annulled despite the decimation of their homeland and despite them dying before they could return home in this life.

It is very important in interpreting chapter thirty-seven of the book of Ezekiel to realize its special relationship to Ezekiel chapter thirty-six that immediately precedes it, especially concerning the reuniting of all twelve tribes within one new kingdom. Likewise, it is important to remember what the LORD has already said in earlier chapters about the great sinfulness of the majority of the Israelites. It is also important to recognize what is taught concerning Israel elsewhere in scripture, especially in the New Testament. For, all scripture must be interpreted by scripture such that the interpretation of any particular scripture does not violate the correct meaning of any other scripture. For all scripture is 100% true all of the time and the correct interpretations of all scriptures are never contradictory. As an example, when we see the phrase "the whole house of Israel" in verse eleven of Ezekiel chapter thirty-seven, just before the LORD talks about bringing them up out of their graves in verse twelve, we must realize that this refers only to the saved from all twelve tribes of Israel and not to every Israelite who ever lived. "For they are not all Israel, which are of Israel" as Paul later explained in Romans 9:6. "All Israel shall be saved" in the day that that "natural branch" of the saved of God is "graffed (back) into their own olive tree" as Romans 11:24-26 puts it. But, as taught in Romans 4:1-5, we need only consider who is excluded from the saved in Revelation 22:14&15 to see that these scriptures in Ezekiel chapter thirty-seven are surely speaking only of the true Israel of God who are the spiritual descendants of Abraham and that Ezekiel chapter thirty-seven is not speaking of just any and all physical descendants of Abraham.

Revelation 22:14&15 says concerning the saved within the new Jerusalem that is the sum-total of man's eternal heaven, "Blessed are they that do (the LORD Jesus Christ's) commandments, that they may have right to the tree of life, and may enter in through the gates into the city. For without are dogs, and sorcerers, and whoremongers, and murderers, and idolaters, and whosoever loveth and maketh a lie." But, earlier scriptures in the book of Ezekiel clearly condemn those who then made up the majority of Israel for being "whoremongers (or the sexually immoral), and murderers, and idolaters, and (those) who loveth and maketh a lie." Thus, the majority of Israel will definitely be excluded from the ranks of the eternally saved in the clear teaching of Revelation 22:14&15. This is why Paul said in Romans 2:28&29, "For he is not a Jew, which is one outwardly; neither is that circumcision, which is outward in the flesh: But he is a Jew which is one inwardly; and circumcision is that of the heart, in the spirit, and not in the letter; whose praise is not of men, but of God." Thus, that phrase, "the whole house of Israel," in chapter thirty-seven of the book of Ezekiel is not referring to the resurrection or rebirth unto an eternally-saved life of every Israelite who ever lived or will live. 'The whole house of Israel" in Ezekiel 37:11 only refers to the reuniting of those Israelites who have been or will be eternally saved out of all twelve tribes of Israel during all of time as clearly taught by the acted-out, sign-prophecy of the last half of chapter thirty-seven of the book of Ezekiel. 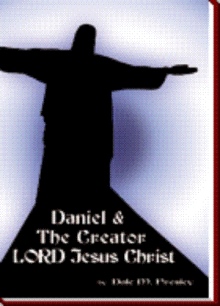 The book of Ezekiel contains more predictive prophecy than any other book of the Bible. Because Ezekiel used proverbs, visions, parables, symbolic acts and allegories to emphasize God's messages to heart-hardened, obstinate Israelites there with him in Babylonian captivity, this book is little understood by most Bible students. The author has therefore taken great care to include commentary on related passages of scripture in order to explain the meaning of every verse of this magnificent book in the simplest, most-understandable terms possible. In addition, grid-dimensioned, verse-referenced drawings of the Millennial Kingdom temple and land of Israel are included with commentary on chapters 40-48. No study of theology or of eschatological (end-time) events is complete without a clear understanding of what God has done and is doing through Israel today as explained in this book.

The author has been a Licensed Engineer in the State of Texas since 1980 (BS-EE Lamar University 1969), but understanding Bible prophecy has been and is his passion. After studying/teaching through the Bible twice and writing commentary on all but a few chapters, the author has published a verse-by-verse commentary on the book of Revelation in 1997 ("Way Truth: Life") and on the books of Daniel and Zechariah in 2000 ("Daniel/Zechariah & the Creator LORD Jesus Christ"). The author believes the sixty-six books of the Bible to be the complete Word of God to mankind and that it must be interpreted most literally and with a penitent heart to understand it.