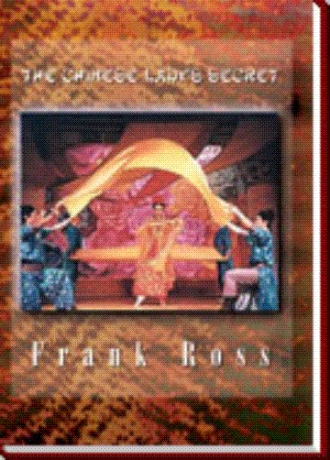 The Chinese Lady had no name – at least, not one I could pronounce. She was surprising tall and large-boned for a Tan Chinese. I suspected that our hosts had strategically chosen her for this reason, since I was probably the largest man they had ever seen. She seemed to be in her early twenties, she had the typical coarse dark hair and dark eyes, and she had the also typical crooked teeth. Still, she wasn’t unattractive and she seemed thoroughly dedicated to taking care of my every need.

The setting was a banquet in our honor; my coworker, our translator, and myself. It was held in a small, private banquet room in a nightclub owned by our hosts, the main principles of a local construction company. The city was Dalian, China, a city of six million people in Northeast China, near the North Korean border.

To be honest, I never liked these banquets. Not because they weren’t enjoyable, but because I always felt compromised by the situations that generally occurred. Still, if we were going to do business in China, I felt that we had to honor our hosts by enjoying their hospitality. I had read the books on China and knew that GuangXi (goodwill) was very important here. Our hosts looked forward to these banquets, as they were one of the few luxuries of their bleak existence. Hence, after several previous invitations, I had reluctantly agreed to attend.

The room had a round table with a rotating platform in the center for the sharing of the delicacies that where unveiled: sea cucumber, sea conch, squid, chicken feet, sea snake soup, deep-fried fish, boiled crab, prawns, beef, pork, etc. And of course, the meal was washed down with plenty of TsingTao pijou (beer) in one-liter, green bottles. A sign of a good host was for your glass to be filled to the brim at all times.

Besides we four, there were two other young ladies, an older woman who was the Assistant General Manager, and two other men. As the food orgy began, there were the prerequisite toasts, or Gam Bei’s. These were different from normal toasts because each participant was expected to drink the entire glass and, being good hosts, they would immediately refill the glass to the brim in preparation for another toast. Our hosts took turns toasting us so that I had a real buzz on before we got to the main course. The trick was to eat as much as one could in order to please the hosts and to help absorb the alcohol.

The Chinese Lady wore black slacks and a fluffy, white blouse with sleeves that extended down over the palms of her hands so that only her fingers were exposed. I noticed that she was always careful to maintain the position of the sleeves in the fully extended position. She and the two other young ladies were being paid ($12 each) by our hosts to be our escorts for the evening. We, on the other hand, had just come from work and were still in our work uniforms. We were dirty and smelly after a long day in the factory but after a few toasts no one seemed to notice. 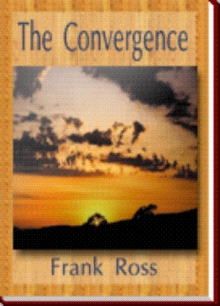 is an autobiographical work recounting the adventures of a Western family living in China during the middle portion of the past decade. It attempts to describe in painful detail the day-to-day challenges that they faced both personally and professionally. In the process, it provides the reader with a rare glimpse into this ancient eastern civilization. The clashes between the eastern and western philosophies are clearly evident and the principal character, the author, often finds himself in situations that are compromising in the western paradigm.

Though the events make a compelling story for any reader, travelers to China either for the short-term or the long-term should partake of these adventures before beginning their own journeys. It is written as a story within a story and as you may have already guessed, the title is a double-entendre implying that some of the secrets of the Chinese civilization are revealed in the telling of the broader tale.

Frank Cole Ross is a well-educated professional with over twenty years of formal education and over twenty-five years service to manufacturing organizations. He is a Professional Engineer with a Bachelor’s Degree in Electrical Engineering, he has a Master’s Degree in Business Administration, and he has recently passed the examination requirement to become a Certified Public Accountant. He and his wife Patti have been married for twenty-six years and have two daughters, Laura (12) and Megan (9). Originally from Texas, they have lived in Ohio for the past thirteen years except for the time they spent in China. In 1999, he published his first controversial book, The Convergence.